Why is the jirga system being given constitutional cover in Pakistan? 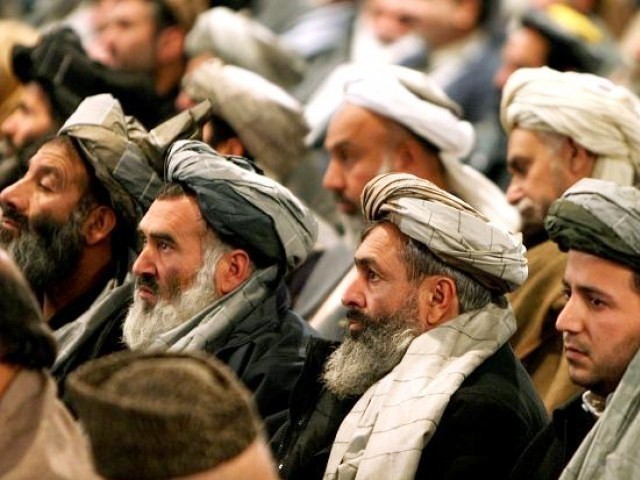 As if we didn’t have enough problems of our own, the National Assembly has recently given constitutional cover to the jirga system which threatens to destroy the justice system in the country. I thought a system so biased against women would surely not find any support among the masses.

I did some research and spoke to various people and discovered, to my surprise, that the jirga system is indeed very popular in those parts of the country where it is practiced.

“Last year, a man killed my brother,” said one of my workers. “Going to the courts would have taken a long time and a lot of money to settle the case, and the killer may even have been acquitted. The jirga decided that the killer must pay half a million rupees immediately to the widow and also pay Rs5,000 every month until the widow’s sons are able to support themselves.”

There are others who favour the jirga system because it settles property and marital disputes quickly and to the satisfaction of almost all the parties involved. So it seems that the jirga system is popular because the country’s courts are corrupt, slow and highly inefficient.

But is the jirga system as good as people like Imran Khan say it is? Why did a woman like Mukhtaran Mai have to suffer the indignity of being stripped naked, gang raped and made to walk naked in public? How can such a system be popular among the masses? Is it because the jirga is almost invariably composed of men who believe that women are the source of all evil and should be punished, even if they are not at fault?

For those who may have never heard of Mai or forgotten the incident, she was punished for something she did not do. Her brother was allegedly intimate with a woman from another tribe, and hence, the jirga decided to punish her and not her brother. And let’s not forget the hundreds of such cases which result in minor girls being married off to old men as a form of punishment, for no fault of their own but because their brothers or fathers have done something wrong.

The reason for these strange decisions is that jirgas are headed by men who are illiterate and lack exposure. Their only qualification is that they should be rich and influential in the areas where they live. For example, men like Abdul Qayyum Jatoi and Jamshed Dasti, both of whom tried to coerce Mai into forgiving those who had raped her. Jatoi, by the way, is the same assembly member who arrogantly claimed that politicians like him have the right to be corrupt and loot the country.

So, even though our justice system is riddled with corruption, besides being slow and inefficient, our judges have never ruled that women should be made to suffer for things they never did. This is why I believe that the constitutional cover to the jirga system is likely to create chaos in the country. I dread the day when I have to face a jirga and watch illiterate men decide what to do with me. I pray that what I write below never happens to me:

Jirga leader: You are charged with talking to a woman who is the wife of a resident of this village. According to our customs, this is the same as having sex with her. What do you have to say?

Man: Sir, I saw this woman after 20 years. She used to be in school with me before she married and moved to this village. So when I saw her buying groceries, I just couldn’t help myself and spoke to her.

Jirga leader: You called her by name, several people heard you. In our culture, if a male stranger knows the names of any of our women, we kill the woman.

Man: Sir, why don’t you call her to this jirga and ask her if what I’m saying is true or not?

Jirga leader: Too late, she was cut into several pieces and fed to the dogs after being paraded naked and gang raped. This is what we do to our women who are not faithful to their husbands.

Jirga leader: You can walk on burning coal embers for five minutes, or you can be thrown into the raging waters of the river. If you survive, you will be considered innocent.

Man: Even if I do survive, I don’t think I’d be able to live much longer. Isn’t there some way out for me, like paying compensation?

Jirga leader: You can give your daughter in marriage to the husband of the dead woman, or you can pay a million rupees in cash.

Jirga leader: Then you’ll have to give your house to him, if you don’t want to be killed.

Yes, this may be an exaggeration, but I am convinced that decisions like this one will become the norm if the government decides that all disputes should be settled by jirgas.