We crowned Wasim Akram, so why question the existence of spot-fixing in Pakistan now? 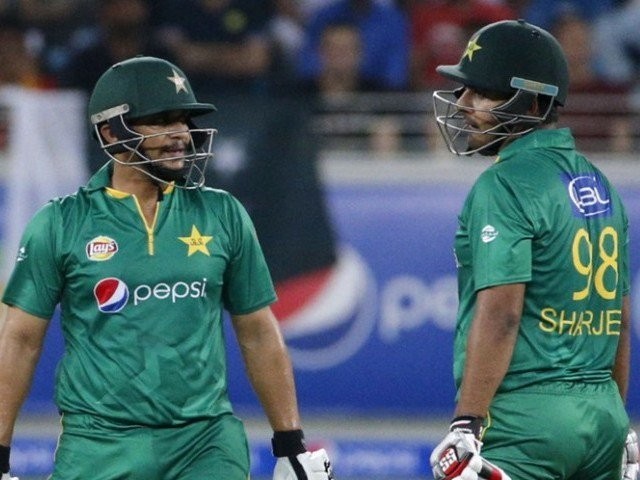 The latest news is that the World Cup opener Nasir Jamshed has been arrested alongside a bookie by Britain’s National Crime Agency (NCA) in London. By the time this blog is published, one can only imagine what other new developments will have taken place. As is now common knowledge, Sharjeel Khan and Khalif Latif are already in hot water. There are also suspicions casted on other players, including Mohammad Irfan, who is currently under investigation.

I would normally take anything the Pakistan Cricket Board (PCB) says with a grain of salt, but PCB official Najam Sethi is adamant that the evidence is damning. It certainly seems to be so with the arrest of the former Pakistani opener in the United Kingdom.

So the question is, how did we get here, again?

Who is to blame?

How did these cricketers not learn their lesson after Salman Butt, Mohammad Asif, and Mohammad Amir became a national embarrassment?

Well, clearly, the corrupt are to be blamed primarily, but it’s time we took some of the blame onto ourselves. We are an emotional nation; our thought process is dictated more by sentiment than reason. The fixing scandal has hit Pakistan in a big way at least three times, and not once has this cancer been treated in a surgical manner.

And the problem lies with us.

When Pakistan loses, we call for the heads of everyone involved with the team, and when Pakistan wins, there is disproportionate joy. Take for example how the local Twitter sphere reacted when the tourists won the second One Day International (ODI) Down Under. Pakistanis berated Ian Chappell for suggesting that their team not be invited back, sadly letting one ODI victory wash over three Test losses. That this joy was disproportionate became evident when Pakistan lost the rest of the games in the series.

Unfortunately, it isn’t just the fans, but Pakistani sports writers as well, who fall victim to sentiment. I recall when I questioned the hero worship Wasim Akram was always receiving, a couple of sports writers grew offended and asked me on private message not to raise the subject.

This brush-it-under-the-rug attitude is exactly why we keep returning to this position.

Let’s look at things factually. Wasim Akram was accused of match-fixing by several fellow cricketers. One of them, Ataur Rehman actually testified against him in court. Later, reports started to appear that Rehman was being pressured by threats of violence, and he recanted his testimony.

Justice Qayyum headed an inquiry into the corruption and banned Salim Malik as well as poor Ataur Rehman – a bowler with a terrible record who was apparently picked angrily by the captain over the selectors for only one imaginable reason. He also fined Akram but didn’t take stricter action.

“For Wasim, I had some soft corner for him. He was a very great player, a very great bowler and I was his fan, and therefore that thing did weigh with me. Two things – one, I didn’t want that the cricket should be deprived of his participation, and the other was that I didn’t want that towards the end of his career… he should be banned or something like that. My idea was not to find people guilty and then punish them. It was more of a case where I had to do something to put an end to the practice in future. What had happened had happened. You couldn’t turn the clock back but you had to make sure they wouldn’t repeat what they were doing.”

Clearly even our judges can’t judge without escaping sentiment.

Even though he wore his fandom on his sleeve, Qayyum recommended Akram not be allowed to captain again. Furthermore, he also fined Inzamamul Haq and Waqar Younis, and was deeply suspicious of Mushtaq Ahmed, saying that the leg-spinner must be investigated further.

So what happened then?

Pakistan’s Inzamam-ul-Haq gestures after playing on the fifth day of their second test cricket match against South Africa at Gaddafi Stadium in Lahore October 12, 2007.
Photo: Reuters

Well, Akram captained again, as did Younis and Inzamam. After retirement, all four men including Ahmed were involved in some capacity with the team in important leadership roles.

Recently, when Salman Butt, Mohammad Asif, and Mohammad Amir were caught red-handed in England, one thought that it was the beginning of the end, that the powerful example of these three would eradicate this cancer for good.

Frustratingly enough, many Pakistani fans termed it a conspiracy. Others were fooled by Butt’s TV appearances, where the ex-captain shamelessly pleaded his innocence. And just like that, we welcomed Amir back. And just like that, there is talk of Butt returning to the team, talk headed by Younis and Inzamam.

So why wouldn’t young cricketers want to risk some fixing for some quick cash? What’s the big deal anyway? Nothing happened to the great ex-cricketers who are treated like superstars today and very much involved with the game. Amir is already back in the team. Butt, a man who served a sentence for fixing, is rumoured to replace Sharjeel Khan, the man currently facing charges. It’s like a revolving door.

So what’s the big deal?

Unless Pakistan takes a zero tolerance policy where everyone from Butt and Khan to former cricketers linked with corruption are kept away from cricket, nothing will change.

Otherwise, this is what we deserve.