Terrorist attacks? Sectarian violence? Civil strife? Maybe if we arrest Nasir Khanjan and ban Valentine’s Day everything will be okay… 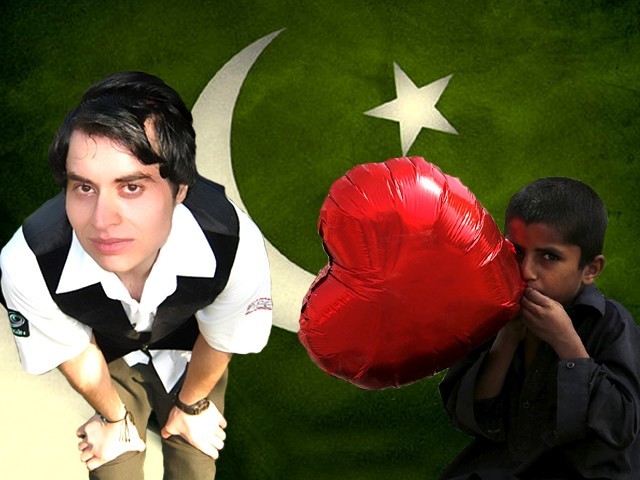 Khanjan’s videos are not inciting anybody to murder anyone. They are not calling for genocide.

As a writer of some notoriety, I received a message yesterday including some choice expletives. When pressed about the reason as to why I deserved such “kindness”, I was told that I targeted our Pakistani values with one of my posts. After questioning this person for 20 minutes, my assailant could not name a single value I was targeting.

That is the beauty of blaming somebody over something as intangible as values, honour or image – you do not have to prove anything. You can mask your dislike for something under the pretence of national concerns.

My popularity is nothing compared to that of Nasir Khanjan. I am not personally a fan but unlike the people calling for his arrest, I am very much aware of the unfollow button on Facebook. The button magically removes anything to do with Khanjan from my newsfeed.

If I do not like something, I do not have to watch it, follow it or share it – it is Facebook, not a boarding school. I personally do not find it vulgar or offensive.

I find terrorism vulgar. I find the unnecessary deaths of my fellow countrymen offensive.

I find corruption vulgar. I find the flaunting of the government’s tax money on lavish personal assets offensive.

I find hate speech vulgar. I find rallies asking for the murders of minority groups offensive.

None of them have been arrested. However, I saw a picture on social media yesterday of a person selling red balloons in Islamabad being arrested. His balloons were handcuffed and charged with being anti-Pakistan. We are still waiting to see if the balloons will be declared Kafir.

Nasir Khanjan was arrested because somebody found him vulgar and offensive, allegedly, over a video of him singing the song ‘Closer’. I hate that song as much as the next guy – it’s a catchy song that plays everywhere all the time and it gets stuck in your head all day. If anybody, The Chainsmokers should be arrested for creating the song.

They said his videos were against Pakhtun values. As a non-Pakhtun, I am not aware of what Pakhtun values are, but as an outsider, I would assume that a province marred with terrorism would be using its police resources to protect its citizens from terrorist attacks rather than internet videos.

The Deputy Superintendent of Police (DSP) claimed that Khanjan was instigating others to commit an act which could harm those around them – the only possible harm is somebody clawing their eyes out after watching the videos, but if that is the criteria, then Taher Shah should also be arrested.

Khanjan’s videos are not inciting anybody to murder anyone. They are not calling for genocide. They are not hating on people. He is just looking for some internet popularity.

Obviously one should be arrested for wanting to be liked on social media, but not for all the things Khanjan is not doing.

Dare we forget – Qandeel Baloch was murdered in cold blood six months ago over similar notions of values and honour, which have still not been clarified. Since Qandeel, numerous women have probably been murdered all over Pakistan over similar pretences of honour.

Do we want Nasir Khanjan to be next?

An already crippling police force should not be concerning itself with Khanjan. The National Action Plan (NAP) does not concern itself with people singing the song ‘Closer’.

It is time our judiciary and executives get their acts together. A court system that has legitimised dictators and judges that have been pictured kissing murderers should do some level of introspection. Banning Valentine’s Day will not fight terrorism.

It is not against Pakistani values to love each other.

It is not against Pakistani values to sing songs.

It is not against Pakistani values to buy or sell red balloons.

Whatever your idea of what Pakistani values are – know that one of our strongest values is diversity so if somebody is doing something that is not in line with your worldview, understand that it may not necessarily be the view of every Pakistani. It does not become a Pakistani value just because you believe in something.

Stop hiding your insecurities and masking your hate under the pretence of national values, adding the name Pakistan to something does not make your claims more legitimate.