The Oscars 2011: Fashion hits and misses 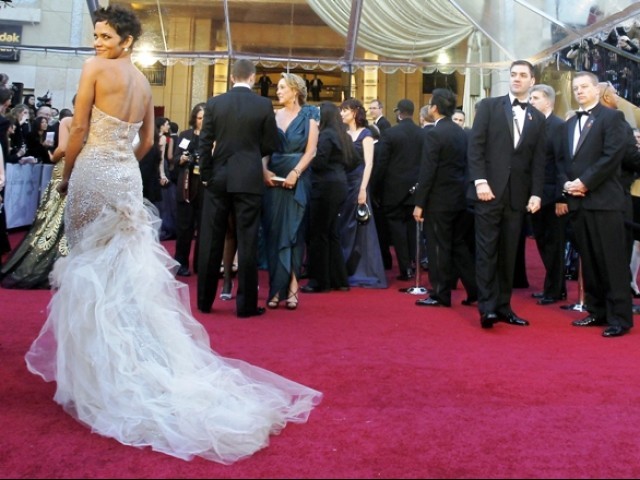 The envelopes may have been upgraded from plain white to embossed crimson and gold but the 83rd Academy Awards didn’t live up to the hype that surrounded them. Touted as being ‘younger and hipper,’ the ceremony left one yearning for hosts that were ‘older and funnier.’

Alec Baldwin and Billy Crystal should have grabbed the stage for themselves while they had the chance during the ceremony. It’s unfortunate that politically correct Hollywood doesn’t appreciate comedian Ricky Gervais’ candid brand of British humour (remember the crazily entertaining Golden Globes that he hosted this year?).

Had Gervais been asked to host the 2011 Academy Awards rather than actors Anne Hathaway and James Franco, one might have enjoyed waking up at 5 am to watch it live from this side of the world.

Hathaway and (Best Actor nominee) Franco’s jokes were lukewarm at best. Franco was aloof and Hathaway was her usual endearingly/irritatingly gawky self.

The show generally went downhill after the montage opener from Inception, which drew general smiles and a few laughs. A set of cinema dialogues edited as music clips was the hosts’ only saving grace later in the ceremony, featuring a laugh-out-loud “Does he own a shirt” line from Robert Pattinson in Eclipse.

Hathaway unnecessarily paid musical homage to Hugh Jackman (they performed a comic duet at last year’s Oscars) and Franco was decidedly un-funny in Marilyn Monroe drag (though he did appear more comfortable in the pink dress and blonde wig than in his tux). There seemed to be more witticisms in ‘King’ Colin’s acceptance speech for the Best Actor statuette than there was in the entire script of the ceremony.

The Oscars are the epitome of Hollywood glamour. With leading couturiers vying for the A-list, Oscars fashion is every bit as cut throat as the Hollywood movie industry. Celebrities walking the red carpet ‘runway’ are buffed and polished; their skin is made luminous with botox, fillers and skillful applications of makeup. With the world’s cameras broadcasting live—from real-time cams to laptops, to television screens with unforgiving HD resolution—it isn’t surprising that starlets sometimes resort to extreme dieting and laser fat removal in addition to their grueling fitness regimes and scanty menus.

Audiences are all too familiar with tabloid-style photos zooming in on celebrities’ thigh cellulite on the beach, performing mundane chores like buying groceries sans makeup, not to mention ghastly, drunken, up-skirt shots taken while getting in and out of taxis.

The Oscars are the one night is when it gets a little more dignified. Viewers are promised a smorgasbord of glamour from the time the red carpets are rolled out until the very last after-party has petered out.

Viewers ooh and aah over red carpet visions decked out in ethereal Elie Saabs and form-fitting Versaces, flashing multi-watt Harry Winstons and pose their ways into the Kodak theater in their sky-high Jimmy Choos.

They walk in with their husband/boyfriend/date arm candy in Dolce & Gabbana tuxedos and some of them even walk out with the golden boy himself, Mr Oscar. Along the way, unfortunate wardrobe choices are also made, which is where the real fun lies for fashion critics and viewers alike.

The Oscars are about working a look that wins over an audience of tens of millions much in the way that mainstream movies are meant to. Which, to put it simply, is why fashion choices are left to the expertise of celebrity stylists rather than the celebrities themselves.

Their stylists should think of alternate careers:

If only she could have…

Dramatic backs: Sandra Bullock with a low backed Vera Wang; Cate Banchett with an embroidered cutout in Givenchy; Scarlett Johanssen with a cutout back in Dole & Gabbana.

Minimalist bling: The sparkles were all in the gowns, if at all. Jewelry wasn’t grandiose; even Amy Adams’ Cartier necklace wasn’t dramatic compared with her sequined dress.