Live by Night brings nothing new to the crime drama genre 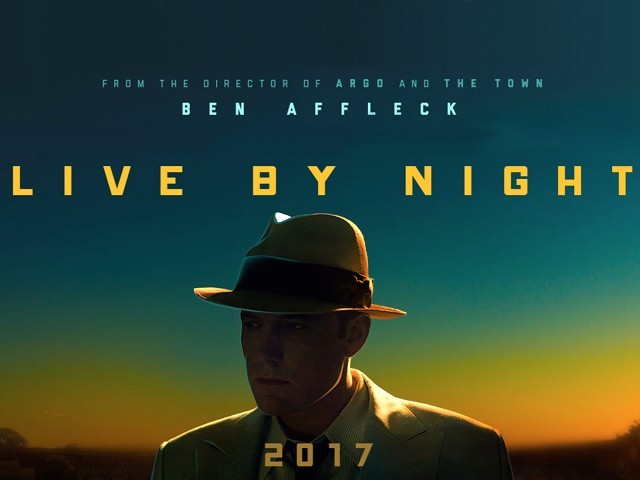 The movie's predictability drains the movie of any potential suspense. PHOTO: WARNER BROS

Even though Ben Affleck’s acting career has been decidedly uneven, his directorial efforts have generally been impressive. Which is why it is quite disappointing that his latest project, Live by Night, fails to deliver anything interesting, compelling, or original.

Set in the 1920s prohibition era, the film tells the (ludicrous) tale of World War I veteran, Joe Coughlin (Affleck), who turns to robbery after his return from the war. But when he falls in love with Emma Gould (Sienna Miller), the mistress of Irish gangster Albert White (Robert Glenister), their relationship, as you would expect, doesn’t have a happy ending. Joe sets out to seek revenge against White, becoming an enforcer in the rum empire of an Italian mafia boss Maso Pescatore (Remo Girone), and ends up falling for the sister, Graciella (Zoe Saldana), of a local Cuban businessman in the process. As the drama unfolds, Joe has to face moral dilemmas while dealing with the many risks of his chosen profession.

Populated by way too many characters – none of whom are developed beyond cardboard cut-outs – Live by Night proceeds at a slow, plodding pace. Its predictability drains the movie of any potential suspense. It is easy to guess why each character is being introduced as soon as they enter the narrative, and all their arcs unfold in banal, ham-fisted ways.

The plot is scattershot and the execution is uneven. Affleck – who directed the film and also wrote the screenplay based on Dennis Lehane’s 2012 novel of the same name – appears to have taken on too many responsibilities in the project. The input of other talented filmmakers or writers could have helped him work out the kinks in his script and polish his piece.

Affleck’s performance, too, is monotone. And while he has assembled a very impressive supporting cast – which includes the likes of Brendan Gleeson as his police captain father and Elle Fanning as an ingénue turned fallen woman turned evangelical preacher – he fails to bring out anything memorable from these actors. Most of the cast don’t have the chance to make the requisite emotional impact simply because they aren’t given enough screen time.

Ultimately, Live by Night is a bland, muddled crime drama that doesn’t bring anything new to the genre. The proceedings lack tension, and despite the effort of a talented cast, it leaves you indifferent to the characters and their fate. In the end, the film feels dull, overlong, and downright disappointing.