In four years, PTI did more to restore faith in democracy than PML-N or PPP did in decades 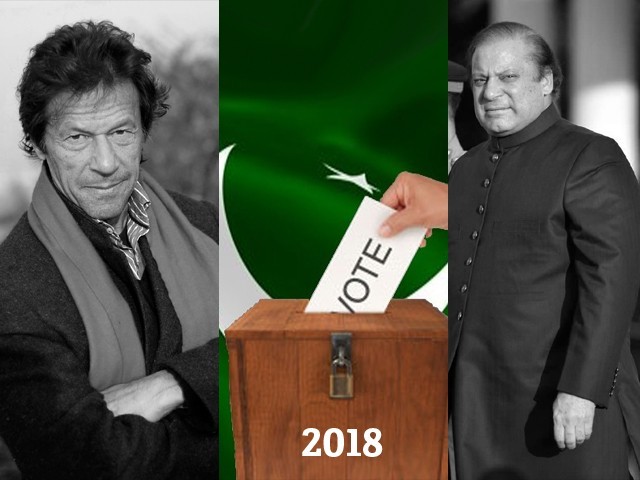 PTI must be accredited for bringing a whole generation of previously apolitical, disinterested youth into the fold of mainstream politics.

Whether Imran Khan wins the 2018 General Elections or not, he has given to our democracy what he gave to his down-and-out team during the World Cup of 1992, and to millions of despairing cancer patients across Pakistan – hope.

If we move the clocks back to the last quarter of 2011, we can distinctly recall the sense of utter frustration that was prevalent in the country. People had voted for the Pakistan Peoples Party (PPP) with great expectations to get the nation back on its democratic footing.

Unfortunately, Asif Ali Zardari and company wasted this golden opportunity to strengthen the transition to democracy. In fact, they made a mockery of the whole system. Corruption, incompetence and nepotism became the order of the day. A lackadaisical approach towards governance was witnessed, with people becoming completely disillusioned with the system.

The Pakistan Muslim League-Nawaz (PML-N), as the main opposition, turned a blind eye towards this travesty of parliamentary governance. This was done with the understanding that when it was Nawaz Sharif’s ‘turn’ to rule, PPP would return this felonious favour of inaction. Hence, PML-N focused its energies on Punjab, giving the ruling party a free run to empty the federal exchequer.

Then, something happened that none of the parties or political pundits ever dreamt. In December 2011, Imran Khan – the mocked one-man-party who no one took seriously – held a massive convention in Lahore. The fervour seen amongst the people had not been witnessed since the days of the dynamic Zulfikar Ali Bhutto and Benazir Bhutto.

Let us assess how, in merely four years since getting elected as the second largest party in Pakistan, Pakistan Tehreek-e-Insaf (PTI) has helped restore people’s faith in democracy:

First of all, PTI must be accredited for bringing a whole generation of previously apolitical, disinterested youth into the fold of mainstream politics. Imran’s stirring message of creating a just society where rule of law – not the rule of individuals – would reign supreme, resonated with the youth in a very meaningful way.

More crucially, PTI presented the masses with a third option. The two-party hegemony was finally broken. Even in established strong democracies like the US, England and India, the absence of a viable third party has left voters utterly frustrated and hapless.

Second, if we look at PTI’s performance in Khyber-Pakhtunkhwa (K-P), it has been nothing short of remarkable. For a province that was absolutely wrecked by terrorism, PTI brought far-reaching changes for peoples’ prosperity. These include unprecedented healthcare, reformation of education, police and land reforms, something that the PML-N had been promising since times immemorial.

Similarly, through local elections, power was transferred down to villages and Tehsils, which gave people the power to make their own decisions. In terms of energy production, PTI invested heavily in clean energy projects, realising the untapped hydel energy potential of the mountainous north. The ‘billion-tree tsunami’ drive was another marvellous step, which garnered acknowledgement from international environmental agencies. Probably since the development of the Changa Manga National Park by the British more than a century ago, this was the finest action towards forestation taken by any administration in Pakistan.

But PTI’s wide-ranging policies and legislation had another vital effect. It showed Pakistanis what true development actually entailed. Before PTI came to the fore, mega projects such as the Metro Bus service and motorways epitomised progress. PPP had set the bar so dismally low that “at least PML-N is doing something” became a reasonable justification in the minds of the masses. But PTI’s welfare-centric policies set the standards for growth much higher.

PTI, through its work in K-P, also reinforced provincial autonomy. Other regional governments can take a leaf out of Imran’s book, to see how they can implement their own indigenous developmental agendas, without being dependent upon or dictated by Islamabad.

Nawaz and Imran are now engaged in fierce competition to win people’s hearts, not just through empty rhetoric and political jingoism, as used to be the case, but through concrete, tangible steps. Never before has there been such an aggressive rivalry to see who serves the people better, and that is precisely what PTI has enabled. Whether it is the China-Pakistan Economic Corridor (CPEC) and similar infrastructural projects driven by PML-N, or the educational and healthcare revolution underway in K-P, the common man stands to benefit from it all.

Imran’s opponents claim that his party’s intermittent sit-ins have done great harm to our democracy. One begs to differ. The demonstrations in the US, South Korea, and now in Romania clearly prove that protest is, in fact, the fundamental hallmark of a burgeoning democracy.

To conclude, one hopes that these immortal words of Faiz Ahmed Faiz do not come true, because Pakistan’s revitalised democracy needs Imran to keep fighting for the hope he has rekindled:

“Here in this land of ours, came a faqir (beggar) with a voice beautiful and pleasing. He came before us, signing ghazals in the tune of his own being, and went away…”