Why does the state structure and narrative unfairly favour Punjab? 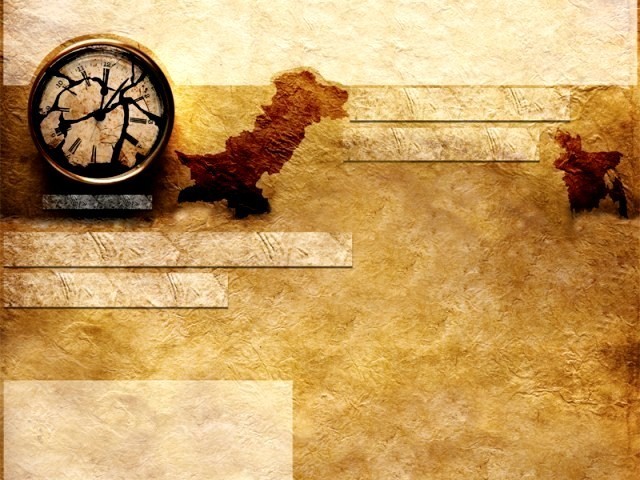 n fact we have not learnt anything from history and instead of trying to address ethnic nationalist demands; we have continued to counter it by efforts to play up the Islamic factor to diffuse ethnic identity and demands. PHOTO: FILE

The selective way of presenting history in Pakistan conveniently ignores the fact that at the time of the country’s creation, there were two large movements which were sometimes contrasting and sometimes overlapping. The first was primarily centred on the Muslim identity and tried to actually bargain a better position for its bearers. This movement though ended up in carving a separate homeland for the Muslims but did not have a strong separatist thrust, at least in the beginning.

However, the Islamic identity itself was not the only identity taken up by the Muslims as strong ethnic nationalist tendencies existed particularly in the region which later became Pakistan. Thus, the ethnic nationalist movements in Khyber-Pakhtunkhwa and Balochistan existed even before the partition. West Pakistan, at its creation, was a multi-ethnic region with strong individual demands for greater autonomy based on linguistic and ethnic lines. The residents were largely Muslims but at the same time they also gave importance to their ethnic linguistic identities.

East Pakistan had a more or less uniform language and a shared culture so at that point; the people supported Pakistan as they perceived the creation of that state as synonymous to a sufficient degree of autonomy.

One thing grossly overlooked by the establishment is that ethnic-based nationalism flourishes and may even embrace the separatists’ tendency if the state is seen as biased. Nationalism is not merely a preservation of identity; it is very much intertwined with the concept of state. If the state is perceived as unjust, secessionist movements will most likely take place.

Ernest Gellner defines nationalism in the context of injustice. The deprived and excluded, if belonging to any common ethnicity, will revolt and will form a nationalist expression built around that ethnicity and may end up striving for a state of their own.

Keeping this situation in mind, where five major ethnic nationalities existed with a strong tendency to demand a sufficient degree of economic, social and cultural autonomy; the best bet to keep the state of Pakistan intact was to allow sufficient autonomy at a provincial level to ensure that ethnic expression was not stifled. However, here came the crucial error. The Pakistani establishment at that time and ever since has assumed that allowing provincial autonomy and greater ethnic expression coupled with decentralisation would weaken the federation. Moreover, it erroneously assumed that the two-nation theory negated the fostering of regional identities.

These two assumptions have accounted for the various ideological, political and administrative missteps which the state has taken over the years to “tackle” the issue of ethnic diversity and nationalism. Instead of accommodating ethnic diversity, the central idea has been to negate it through various means.

As pointed out quite eloquently by Mr Stephen Cohen in his book, The Idea of Pakistan, Pakistani leaders have not fully grasped that in an ethnically diverse state, most politics are of identity and closely linked to issues of pride, status, jobs, and social equality. They seem convinced that ethno-linguistic demands are an economic problem, not a political problem, and if other means fail, a military problem.

There are a wide range of administrative, political as well as ideological blunders. The Punjab dominated centre and establishment have committed these blunders over the past 60 years which has had devastating results. These blunders have proven to be counterproductive to the original aim of keeping the state intact in a smooth manner and have created alienation in the other ethnicities. But the ill effects go beyond harming the harmonious relations between the ethnicities. These have had catastrophic effects on other aspects as well.

The ideological drive that places a strong emphasis on Islamisation also tries to counter the issue of ethnic identities. The aim has been to ensure a strong centre as it has been viewed as critical for the integration of the state. The policy of Islamisation has not been carried out to radicalise the population but chiefly as a political tool to subdue nationalistic forces. Even state sponsored Talibanisation in the 1990s was partly done to diffuse Pakhtun ethnic identity and amalgamate it into state preferred Sunni Muslim identity. Needless to say, it has produced catastrophic results and continues to produce such results.

In fact we have not learnt anything from history and instead of trying to address ethnic nationalist demands; we have continued to counter it by efforts to play up the Islamic factor to diffuse ethnic identity and demands. The Islamic drive became more vehement after the secession of East Pakistan. Instead of getting to the root of the problem which was ‘over centralisation and Punjab’s dominance’, our response has been to play up Islamic identity in order to overcome the ethnic forces. The fundamental assumption is that the ethnic demands would weaken the state and therefore if ethnic identity can be ‘replaced’ or at least superseded by Islamic identity, the state would survive.

Of course, the ideological thrust on fostering Islamic identity has been carried out to chiefly supplement the administrative, political, and economic set up in which the centre dominates.

Pakistan has in fact continued the colonial structure with minor amendments to ‘adjust’ to the country’s ground realities. This structure, with a centralised bureaucracy, powerful feudal structure, a huge power vested in the centre and a large army, is chiefly designed to ensure a powerful centre. One has to look into pre-partition times to understand the structure and the rationale behind this brand of state structures.

During the British rule, the state was structured with powers vested in the centre and provinces were to be governed with limited autonomy. The Government of India Act of 1935, which also became the source of inspiration for all subsequent acts, was again centrist in orientation. These two important characteristics which were designed by the British to ensure ‘insensitive’ hegemony of the centre and Pakistan’s establishment, as well as the political class with centrist tendencies, continued to persist with it.

The post-colonial state is actually an extension of the colonial state with a different central government. This structure was deliberately allowed to continue to ensure the preservation of a centre-oriented state. This structure is bound to create resentment at the local/provincial level and is designed for an impersonal kind of ruling.

In this structure, the centre more or less controls the revenue and expenditure. And the centre in present day Pakistan is dominated by Punjab. The population wise allocation of revenue and Punjab’s dominance in the ‘establishment’ institutions such as civil services, judiciary and armed forces has created resentment and given rise to grievances. The revenue and resource allocation is highly controversial and automatically gives rise to feelings of exclusion, which invariably will be manifested in strong tides of nationalism and occasional political violence around the question of secession.

The current structure is skewed, whether deliberately or inadvertently, in favour of Punjab. Hence, not surprisingly, the identity of Punjab’s middle-class is strongly reminiscent of the official version of what constitutes a Pakistani. The other provinces increasingly identify themselves according to ethnic lines even though they may not all be harbouring secessionist aspirations.

Moreover, several blunders have been committed in the past to ensure the preservation of the dominance of the privileged centre. One of the blunders was the tactless imposition of the one-unit scheme, which in the name of administrative ‘efficiency’ tried to subdue the ethnic-linguistic expressions within the mould of governance. The one-unit scheme was a disaster and effectively sealed the fate of Pakistan unity. It ripped open the already smouldering wounds and needlessly aggravated the situation eventually leading to dismemberment of the country in 1971.

The administrative blunders have always been supplemented with violent and unconstitutional methods of dealing with nationalist forces. The centrist tendencies manifested in violence as Bengalis were crushed using the military, a pattern which has repeatedly been used. A culture has developed where autonomy, if voiced, is construed as a danger to the state and is handled with force.

Right now Pakistan is fighting against extremism and bearing the brunt of its ideological blunder of promoting political Islam to tackle ethnic diversity. The time to learn our lessons has come. The foremost lesson is that dissent can only be acknowledged by addressing the root causes, which are often emanating from exclusion and discrimination. The use of ideological engineering and tactics of coercion and intimidation will not strengthen the federation but only weaken it.

Another lesson which needs to be learnt by all but particularly by the democracy-sceptic Punjabi middle-class is that an ethnically diverse country needs democracy even if it means incising governance. Ethnic diversity needs a consensus at every step and the way it has evolved in Pakistan shows that the need to negotiate and renegotiate the relationship terms between the provinces will increase with time. Only democracy provides the framework as well as the forum to do so. Only democracy provides the mechanism that can tap the voices of the provinces and project them for a discourse at the national level.

But most importantly we need to understand the grievances of the smaller provinces, on issues like revenue, China Pakistan Economic Corridor (CPEC) and autonomy. If we fail to do so, the history of 1971 may repeat itself.