Take a lesson from Bahrain 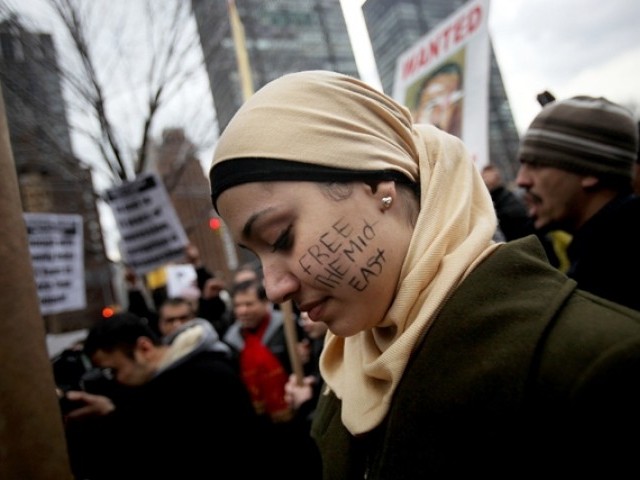 Why do countries even need to be governed through dynasties? PHOTO: AFP

Imagine a lonely man without a job. His community barred from political representation, having no rights and no future to look forward to. With extreme frustration and deep-rooted anger, he one day gets off the wrong side of bed, thinking it’s time to bring about a change.

That was the situation with the people of Bahrain. People with no real rights to speak of. Pushed over the edge, this man, along with a few others, decided to make himself heard, albeit peacefully. They take to the streets just so they get noticed. Understandable so far, but the plot thickens. The government, which has been a nonchalant group so far when it came to doing any good for the people, takes notice and decides to act. It reacts with hostility and guns down a few, unarmed protesters.

The Bahrain government or the Sunni Al-Khalifa dynasty that has ruled for over 200 years had taken a hasty step. They were scared and maybe acted out of desperation.

Using violence as a means of curbing a peaceful protest, that too at pre-dawn, is an outright insult for any government. Then to stop the injured from getting medical attention is a blatant violation of human rights. The scenes at the hospital where even doctors reacted in shock and awe were heartbreaking. How desperate do you have to be to kill an unarmed man? How pathetic do you have to be to attack someone when they aren’t looking?

Maybe they wanted to avoid a recurrence of the Egypt uprising that managed to overthrow the government.

Now, almost half a month later, the dynasty realising the power of its people, released political activists and pardoned the opposition leader. And why do countries even need to be governed through dynasties?

The idea of families running the political set-up, inheriting leadership, just doesn’t sit right. But don’t feel too bad for Bahrain — our situation is not all that different. At least they’re demanding a change now. It’s about time people here woke up from their slumber and fought for their rights too.