The curse of nepotism and kinship in Pakistan 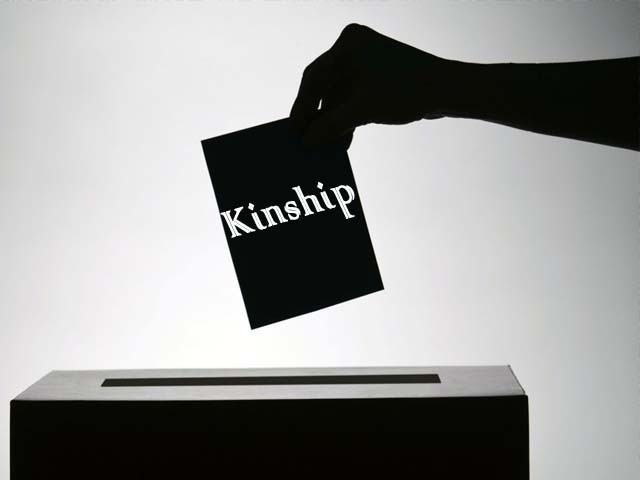 They can always garner support from their fellow kinsfolk who would in turn pressure their elected representatives to respectfully install them without any “ifs” and “buts”, in return for a bribe of votes

This tit-for-tat espouses what we call a ‘strong sense of community’, one which takes pride in its people, its power in numbers, the idea of stability and of course coming to another’s aid in adversity. Obviously, one must be of a crude heart not to applaud such a social setting in a globalised world jostling for individualistic gains.

Yet, our Pak sar zameen has witnessed its demonising power, virtually moulding the state into a play show. Its actors are politicians and state institutions. Its directors and producers are the mighty patriarchal feudal groups relying on the invisible hand of patronage from their kinship network and vice versa. Its audience is the group of delusional people bursting out with excitement to look at Nawaz Sharif’s overvalued and overrated mega projects and seeing long-term growth and prosperity through them.

Also, there are those under the false impression of a revolutionary change through ousting an elected prime minister for alleged financial misfeasance. It appears as if the finality of this revolution is to see off Nawaz Sharif to Raiwind. The whole idea of this change is illusory, for it grasps only the form, which is curbing financial corruption, and shockingly ignores the substance which requires more than chanting slogans in front of a crowd spinning in a state of trance for change. It calls for challenging the enigma of nepotism in the heart of Pakistan’s society without which, financial corruption, and inefficient administration shall always remain another story of the day.

The venom of favouritism that lies in our kinship oriented society has shackled our appetite to progress. Coming to the basics that are worthy of attention, it is common to hear that the job market is insufficient. However, when it comes to someone from a prominent clan looking for a job, they can always garner support from their fellow kinsfolk who would in turn pressure their elected representatives to respectfully install them without any “ifs” and “buts”, in return for a bribe of votes. The unquenchable thirst to be re-elected would make said representative’s appointment indispensable but it comes with the cost of having less competent individuals running institutions. As it is often heard in Pakistan, it’s called Sifarish (bribe).

The green hills and the pleasurable stillness of Islamabad may leave a visitor mesmerised but a causal day in the Pak Secretariat is an antithesis of the city’s charm. There, our political representatives are at the tip of their toes requesting favours from the concerned minister, which often leaves a lasting odour on the country’s institutions.

Two results are vividly foreseeable; first, the birth and persistence of an unequal society and second, the powerlessness of the state, which was once known to have absolute control by renaissance thinkers.

Inequality of opportunity is a consequence discriminating those with weaker kinship, regardless of their ability to outperform those with stronger kinship links. This mechanism therefore frustrates Article 25 of the constitution affirming equality to all citizens. Perhaps, this is suo moto material, is it not? But who would dare to do the herculean task of stretching the despicable wrinkles in our society?

“If the court takes an action against an incapable person a certain lobby comes to its rescue.”

More daunting is the powerlessness of the state. With appointments made from the lowest ranks to the top often conflicting with merit, appointees with stronger kinship often take precedence, legitimised by the state. Expecting these appointees to work for the state would be a fallacy, for they will act at the request of their feudal whose benevolence has chained them as moral debtors. Thus, institutional catastrophe becomes inevitable. Just like in the old days, when kings expected servitude and loyalty – similarly, feudal lords uninterruptedly rule and expect loyalty from their kinsfolk.

From all this, one has to admire the diligence of the new honourable chief justice for expediently invoking a suo moto action against a Jirga decision in which a girl from one of the parties’ families was being forcibly betrothed to a member of the other party as a means of settlement. Maybe in light of our degenerated institutions, the court might have understood the futility in expecting action from the local police, who are themselves a product of nepotism and silently endorse practices of their fellow kinsfolk. An action against their tribe would be equivalent to treachery and would bring shame to the family, followed by an eventual shun.

In his book, The Pakistan Paradox: Instability and Resilience, Christophe Jaffrelot writes that one of the deadliest syndromes present in today’s Pakistan is an inefficient police, which is marred with corruption and is unable to stop tensions because of being the beneficiary of nepotism.

An unavoidable question comes up: why do we always bother the highest court in the realm for an issue ideally suited for the lower courts and enforced by the local police? Wouldn’t it be better if the Supreme Court is given time to deal with the plethora of cases that are already pending?

We therefore stand within a horrifying dilemma of choosing our social system as it is, against the much desired notion of having institutions such as the landlocked Prussia of the 19th century, which guaranteed security and expansion. The competition is fierce between communal power and the stability of our institutions for lasting growth and change.

It can either be as Aristotle said,

“Equals should be treated equally and unequals unequally,”

And as Hazrat Ali (RA) remarked,

“A government of a non-believer can survive. However an unjust government which encourages and promotes nepotism, favouritism and ethnic strife cannot survive”

Or, may long live the king(s)?

Until this decision is made, we shall continue to breathe in a patrimonial democracy, idolising our political representatives as demi-gods.

The author is a final year student of Law at the University of Sussex.