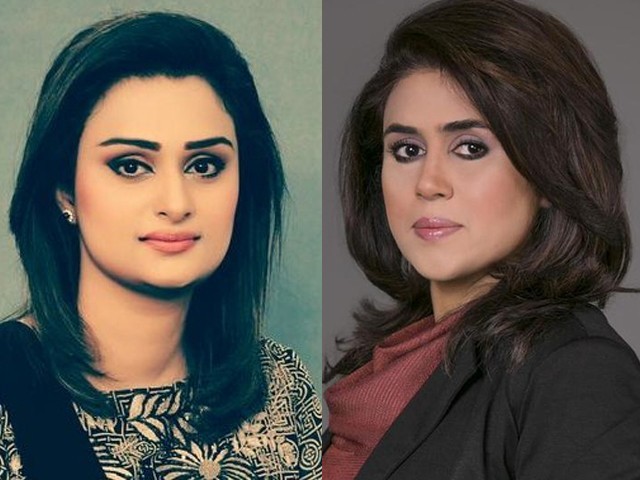 The PTV management was wrong to ban these anchors simply because they went public with their allegations.

Currently, the issue of workplace sexual harassment seems to be in the national spotlight due to an on-going investigation at Pakistan Television (PTV). According to the available details, two prominent anchors had accused PTV’s current affairs director for sexual harassment. In response, the channel had initiated an inquiry to look into the matter. However, during the investigation, the two anchors decided to use other media platforms (electronic and social) to spread awareness of their case, which resulted in the PTV management imposing a ban on the involved anchors.

The PTV management was of the opinion that the anchors were issuing statements on social and electronic media on a matter which was currently under investigation and therefore were guilty of “damaging” the organisation’s repute. Furthermore, some quarters have also been saying that the anchors had no right to publicly declare someone guilty without him being found guilty by the committee. One PTV official even went to the extent of saying that the TV anchors might have pre-empted that the inquiry committee was going to give the accused a clean chit and therefore started to question the way the inquiry had been conducted.

In the latest twist, the accused has filed a defamation suit against the anchors while the latter have indicated that they would take the case to federal ombudsman as they doubt the inquiry committee has been fully transparent.

The entire episode has posed several important questions regarding workplace sexual harassment and the way it is investigated in Pakistan. Were the anchors right to publicise their case on electronic and social media? Has the on-going inquiry been conducted properly? Should the burden of evidence fall solely on the plaintiff?

Will share names/details of Harassment Committee so we all get educated on why to victimise the victim. ? #WhoIsSavingHarasserInPTV pic.twitter.com/qBgoQKuXmC

Firstly, I do not agree with the PTV management’s point of view that the accused should not have shared their views on other media platforms. Sexual harassment is a very serious issue which needs to be brought out into the open in order to create awareness and encourage countless other women who silently suffer mainly due to the stigma surrounding sexual harassment. World over, allegations are often made before inquiries are completed. For example, in the US, when the Fox News CEO Roger Ailes was accused of sexual harassment, allegations were made public way before Fox even completed its internal inquiry.

The point I am trying to raise is that the PTV management was wrong in banning these anchors simply because they went public with their allegations. In their defence, the anchors went public only after discovering that the inquiry committee was not being fair and just. The channel’s management could have defended itself against the alleged claims with respect to neutrality of the inquiry. However, it chose to ban the anchors thus actually lending credibility to their claims. Today, however, it comes to our attention that the organisation has revoked the ban, which begs the question, why did it levy it in the first place?

Or may b definition of harassment and HarassmentAtWorkPlaceAct2010 should be reinvented ) https://t.co/fsTMiHQGXF

In Pakistan, going public with sexual harassment requires a lot of courage as the victim’s chances of receiving justice or even monetary compensation are very low. Despite being a victim, it is often the woman who suffers consequences – it is a risky move for any woman especially because she comes into the spotlight and is named and shamed for being involved in such cases. In my opinion, the anchors have shown immense bravery and have paved the way for countless other women who suffer in silence. As a matter of fact, it was their public allegations that forced the organisation to take their case seriously.

Another extremely important issue is the way internal inquires, or for that matter court cases, pertaining to sexual harassment are conducted. Generally, the judicial system and internal inquiries work on the principle that the burden of proof is on the plaintiff. There are valid reasons for that because otherwise there would be a perverse incentive to simply make baseless allegations against anyone.

However, in my opinion, this principle should not be applied with respect to sexual harassment cases in Pakistan. It should be the accused’s responsibility to prove his innocence, simply because for women, sexual harassment is difficult to prove due to its very nature. Workplace harassment, in specific, entails power dynamics which often work against the women and in favour of the accused. Due to these factors, the burden of proof should fall upon the man and not the woman.

In an inquiry on my complaint of harrassement against masood shorish,PTV comittrmee asked y didnt you leave job if u were harrassed?

Having worked in various organisations for the past 15 years, I can vouch that if we really want to utilise a woman’s full capability in the workplace, we need to provide a safe working environment for her. Instead of suggesting that women leave the workplace when they complain of harassment, we should be punishing the men guilty of the crime!