Rings: The utterly lifeless sequel no one asked for 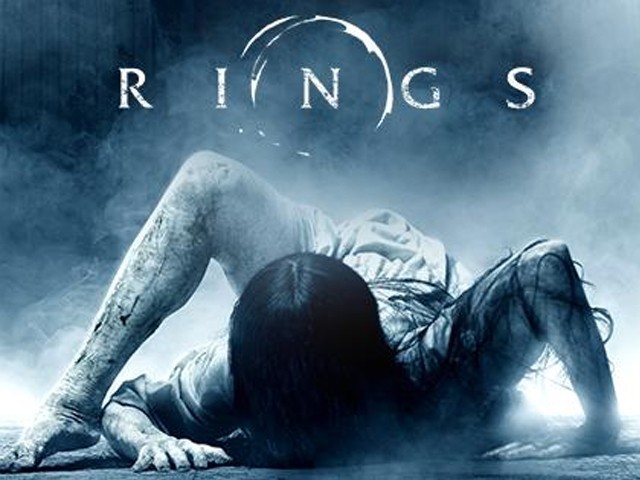 There’s a whole bunch of ideas in Rings that go nowhere. PHOTO: IMDb

Rings, the latest franchise horror sequel, has very little reason to actually exist. It arrives 15 years after 2002’s The Ring, and feels both forced and unnecessary in every facet. It also has very little connection to the first two films, made evident by the fact that none of the major stars of the first two films turned up for this one. Rings also conveniently ignores the events of 2005’s much maligned, The Ring Two.

Now, one of the best and most original things about The Ring was how it used VHS tapes to create a genuinely scary premise. With Rings, however, which is set in present-day, the producers have managed to completely gloss over the DVD era and shifted their focus to something timelier, smartphones and laptops. Unfortunately, the attempts to modernise the franchise by the filmmakers are done so poorly and lazily that Rings feels nothing more than a toothless rehash and generic ghost story. Much of the plot is recycled from the first film and very little of it is actually scary.

The plot itself revolves around Julia (Matilda Lutz) who is staying home to take care of her mom while her boyfriend Holt (Alex Roe) goes off to college. The two are trying to maintain a relationship but all is disturbed one night when a crazy woman Skype calls Julia using Holt’s computer and profile. Of course, this sends Julia on a 500-mile, overnight journey to find Holt, who has gone missing.

It turns out that Holt and a bunch of his buddies are taking a course from Gabriel (Johnny Galecki), who is trying to determine the existence of an afterlife when he finds a strange video where people who watch it die within seven days.

There’s a whole bunch of ideas in Rings that go nowhere. A professor trying to outsmart the Samara curse could have been something. It never pays off. The idea of making the story timelier could definitely have made the film much better if the filmmakers actually bothered to acknowledge the recent advances in technology with some actual seriousness. I mean, this is a movie where nearly every character has a smartphone, yet all they do is use it for turning on the flashlight. And finally, the film just keeps feeding you with unnecessary exposition, much of which was already told in the first film.

The performances fail to work either. The last two films had the acting talents of actors like Naomi Watts, Brian Cox, Sissy Spacek and Simon Baker. This film features two utterly vacuous central performances from Roe and Lutz. Even Galecki (The Big Bang Theory) and Vincent D’Onofrio could not save the movie, though they both definitely seem to be trying their hardest, especially Galecki who plays a character against his usual type.

Rings is one of those textbook cash-grab sequels that Hollywood seems to dish out every year even though no one actually asked for them. It’s out-dated, dull, feels utterly lifeless, and most importantly, it’s devoid of any real scares.