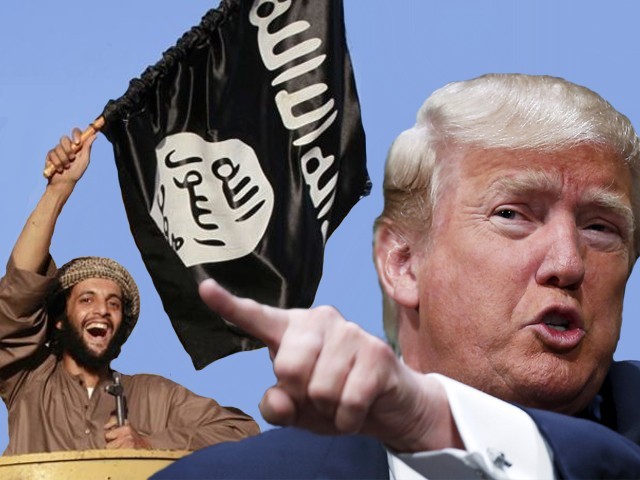 Recently, the UAE foreign minister defended Donald Trump’s Muslim ban, claiming that it’s not Islamophobic. The unconvincing statement, perhaps given in relief or gratitude for the UAE having avoided the ban itself, only goes to highlight the unscrupulous foundations of the ban. Rich, influential Muslim countries that are financial or strategic allies like the Gulf States and Pakistan have been spared, whereas those with little utility to the US have conveniently been scapegoated to appease Trump’s right-wing populism.

The reaction to the said immigration policy, especially amongst the liberal, left-wing press has been quite overwhelming and commendable. Hundreds of blogs, columns and editorials have been written, leading an offense against Trump’s ban on refugees and immigrants from seven predominantly Muslim countries. They have an unmistakably clear thrust – carpet bans designating particular groups as second class citizens go against core American values of equality, diversity and race neutral governance.

However, those of us with progressive outlooks and an inherent affinity with concepts of morality, human rights and race egalitarianism hardly need any convincing of the disaster Trump’s latest executive order represents. The conundrum is that the other side does not buy this narrative. They do not operate under the same notions of principle and equality. Certainly, Trump’s itinerary to the White House has underpinned his affinity with this core group that does not care for the so-called “political correctness” of the left but rather prefers to deal in “results” and “getting things done”.

Trump and his supporters alike offer justification for trampling on human rights and employing racially discriminative policies by citing the old mantra of “desperate times call for desperate measures”. Thus, to counter this narrative, as well as championing the core ideas of liberty and equality we hold so dear, we must also operate within the parameters set by Trump himself, those of realpolitik and pragmatism, in order to fully dismantle this anathema.

So looking at this ban from an exclusively practical standpoint, the basic query that arises is: how many lives have been lost in the US as a result of terrorist attacks perpetrated by immigrants or asylum seekers from the countries singled out by Trump’s ban?

It goes without saying that the answer to this question is a pre-requisite for gauging the potential effects of this ban. Anything less than a significant number of losses incurred as a result of terror attacks carried out by immigrants from the selected countries will place the whole operation on a shaky foundation. However, the actual number is not merely negligible or below the threshold as one would expect, it is simply zero. Yes, according to Alex Nowrasteh, an immigration expert at the Cato Institute, nationals from the selected countries have been responsible for exactly zero deaths in the US as a result of terrorism related incidents since 1975.

So the very thing this ban looks to undo – the export of terrorism from designated nations – is in fact a phantom threat. Let’s assume though, for the sake of argument, just because something hasn’t happened so far does not necessarily mean that it is not within the realms of possibility. Certainly, the postulation that the Islamic State of Iraq and Syria (ISIS) could use the garb of a refugee from Syria or Iraq to infiltrate and carry out attacks in the US does not seem very far-fetched on the face of it. It has even been attempted before.

The truth is, however, the modus operandi ISIS has largely followed in its most successful manoeuvres in Europe and certainly the US is far detached from the stereotype of a foreign terrorist breaching severe vetting to enter a country and carry out strikes. Rather, the organisation relies on social media propaganda to exhort, brainwash and indoctrinate young Muslims already living within these countries to conduct strikes.

A closer look at the protagonists behind some of the most prominent attacks claimed by ISIS in the past two years will further elucidate this strategy. Omar Mateen, the man behind America’s worst mass shooting was a New York born US citizen. Mateen, who pledged allegiance to ISIS through a 999 call during the raid, had neither visited the Daesh strongholds in Iraq or Syria, nor was any credible evidence found to establish collusion with the terrorist organisation in conducting the attacks. He was, instead, discovered to be a mentally unstable man, whose radicalisation was attributed by the police to internet propaganda perpetuated by the ISIS.

Another example of this process of “self-radicalisation” via the internet can be seen in the Ohio state stabbing incident in 2016 where the attacker was found to be radicalised by “online jihadi propaganda”. It is pertinent to mention here that even the most destructive terrorist attacks carried out in European cities of Paris and Brussels were carried out by European citizens, not immigrants or refugees.

Shedding light on this emerging pattern of “self-radicalised” terrorists through the internet is critical to judging the merits of Trump’s Muslim ban. It illustrates the use of propaganda that modern terrorism thrives on. This is largely as a result of two factors. Firstly, sending known fighters from Syria or Iraq to the US is a largely self-defeating strategy as the rigorous vetting already in place for migrants from said countries all but ensures detection of any potentially hostile entrants. Even if these people were to successfully hoodwink the US authorities into entering the country, the time and financial costs of the operation would be overwhelming. Additionally, the epicentres of Daesh in Syria and Iraq themselves remain under heavy offensives by NATO, Russia and Bashar al Assad’s Syrian regime. In these circumstances, sending out trained fighters to operate elsewhere will become an exercise in self-depreciation on part of the ISIS leadership.

Thus, ISIS’s use of social media as a tool for recruitment is established. Of course, this effectively erases any practical benefit one might try to claim of Trump’s ban, as the neo-jihadist does not travel from any of the “dangerous countries” underlined by Trump’s ban but is born and raised in the US, itself. However, the buck doesn’t stop there. The act of banning immigrants or asylum seekers from Muslim majority countries is not merely ineffective, it is dangerously counter-productive.

Research carried out by the world’s first counter-terrorism think tank, Quilliam, indicates that a recurrent theme shared in the propaganda of all jihadist groups is that of Muslim victimisation at the hands of the West. This idea of Muslim “victimhood” tends to have polymorphic characteristics but operates in one primary form that is most relevant to this discussion. And the relevant form is the idea of Muslims being victimised by a global war on Islam through foreign occupation in Middle Eastern territories. The historical imagery used in this regard is extremely telling, as ISIS media releases often refer to western forces or governments as “crusaders”. This narrative is considered a powerful way of evoking outrage and resentment towards the West, radicalising young minds. In this context, Trump’s campaign rhetoric and its subsequent culmination into the current ban provides a gold mine of propaganda opportunities to jihadi cadres. By making claims that he would have “taken Iraq’s oil” and moving to impose a restriction that are clearly Muslim-centric in nature, Trump has empowered ISIS to no end in luring more disgruntled Muslims to its cause in the West and extraditing the process of “self-radicalisation” amongst the western-based Muslim diaspora.

Trump’s ban is then not only vindictive, discriminatory, anti-Muslim and anti-human rights, but also a farrago of empty, right-wing populism that is directly detrimental to the US national security. It will incubate more terrorism than it can ever hope to deter.

In fact, if we were to imagine ISIS having a Joseph Goebbels like figure at the head of its propaganda machine, he would probably be sitting in what looks like a dimly lit control room in Iraq or Syria right now, stroking his long beard with a wry smile on his face. The walls surrounding him are drenched in images of Trump, captioned by his most hateful tirades against the Muslim community. These images would not be a sociopathic decoration illustrating an arch rival or a nemesis, but a token of love, admiration and utmost gratitude towards a valued ally. This man would not hate Trump, he would adore him. And of course, why should he not? Trump has probably just earned him a promotion.