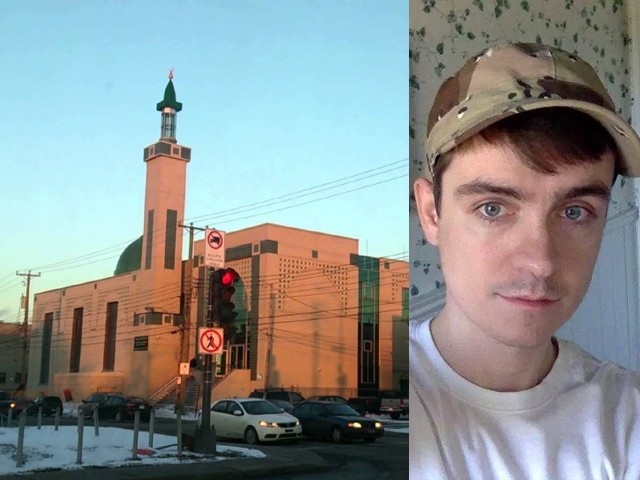 The 27-year-old white male was not only a blatant right-wing extremist, but also “anti-Muslim, anti-immigrant, anti-feminist, and pro-Israel”.

I consider myself a very proud Canadian. I do. I love Canada with all my heart and soul, as utterly clichéd as that may sound. When my parents were thinking of immigrating ‘abroad’ – we lived in Saudi Arabia at that time – they kept insisting that we move to Canada. And they didn’t have a valid reason for it either; they just wanted us to move here, because everyone else they knew was immigrating in flocks to the United States. I guess they knew, in their hearts, that Canada was the better option. And it was; well, for the most part anyway.

I was 14-years-old when we first moved to Canada, and to say I’ve never experienced racism would be a blatant lie. I clearly remember the way one of my white teachers stared at me in shock when I first opened my mouth to speak in my grade 10 Business class. The first words he uttered to me were,

“You can speak English? How is it possible that you do not have an Indian accent? Are you sure you just moved to Canada? You weren’t born here?”

I was too young to acknowledge, or perhaps even realise, the amount of racism in his comment. To say it was disgusting would be an understatement, but I knew that wouldn’t be the only racism I’d experience. And it wasn’t, for over the years I experienced snippets of racism and stereotyping, both to my backgrounds as a Pakistani and a Muslim. Stereotyping that would either be laughed off, or quickly brushed aside as trivial, as one white “friend” once joked with me,

“You don’t look Muslim or sound Pakistani at all!”

I was a little older by then, and I didn’t know whether to take her comment as an insult or a compliment. Nevertheless, either way, it was deeply disturbing. And because she was a supposed friend, it was even harder to call her out on her inadvertent bigotry.

It is often said that ignorance is bliss, but I very strongly disagree; ignorance is a curse, an ugly curse that leads to racism, xenophobia, discrimination, and anti-Muslim bigotry. Ignorance further not only denotes instances that include silly obtuse remarks, which were made both by my white teacher and my white friend, but it can also breed violence and mass shootings such as the one that occurred in the Quebec Islamic Cultural Center this past Sunday.

The center was holding what appeared to be a quiet congregation along with night prayers on Sunday night when a gunman swiftly disrupted the religious gathering by opening fire, killing six innocent worshippers in the process and wounding 19 more. And the suspect? A 27-year-old white male who was not only a blatant right-wing extremist, but also “anti-Muslim, anti-immigrant, anti-feminist, and pro-Israel”.

The gunman, who has now been identified as Alexandre Bissonnette, may have looked like your typical white classmate, co-worker or next door neighbour, but he was full of rage and contempt. Not only was he a white supremacist and sickeningly racist, but he was also profoundly anti-Muslim. It was reported that he posted anti-Muslim comments on social media before instigating the attack on the Islamic centre. It was also reported that Bissonnette was a great advocate of the new Republican US president Donald Trump. And in light of Trump’s recent ban on immigration and refugees entering the United States from seven Muslim-majority countries, it makes sense why Bissonnette would be a staunch supporter.

Unfortunately, anti-Muslim bigotry is not only limited to the United States and to the likes of brazen white supremacist buffoons as Trump. Canada, too, it seems, is also suffering from this ‘disease’, and it’s time we stopped turning a blind eye to it. Yes, xenophobia and anti-Muslim bigotry is a disease, and it spreads like wildfire among those who choose to indulge in it.

As a matter of fact, this isn’t the only time Muslims in Canada, more specifically in Quebec, have faced such odium, for it was only last year, when during the holy month of Ramazan, a pig’s head was gift-wrapped and left on the front porch of the Quebec Islamic Cultural Centre, with a message in French, “Bon appétit” which roughly translates to “enjoy your meal”. Of course, those who are familiar with the Muslim faith know that pig’s meat is forbidden in Islam. Similarly, in 2014, the center faced another incident of hate crime in the form of posters on its front door filled with revulsion against the Islamic faith which read “Islam out of my country”. 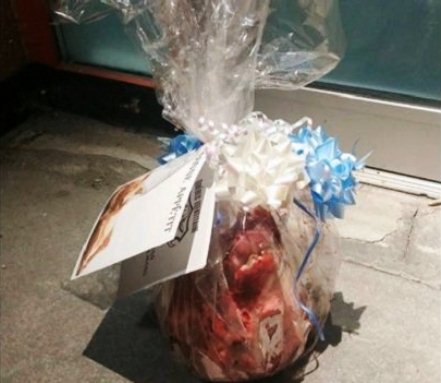 As a Canadian, it deeply saddens me to see so much hatred and animosity directed towards a religious minority whose faith, unfortunately, has become notorious for extremism and violence. Innocent Muslims are targeted and pushed under the umbrella as “terrorists”, not realising that not all Muslims practice their faiths the same way. One may criticise the Islamic ideology, but there shouldn’t be a need to criticise and loathe all Muslims who follow the Islamic doctrine. Muslims are people; they are human beings, just like everyone else, with lives, families, and dreams. Killing, hating, or banning them won’t necessarily end religious extremism. One would be a fool to even think this way. And the sooner we recognise this, the sooner we will get rid of this bigotry that always manages to seep in and disrupt innocent lives and communities, without any fault of their own.