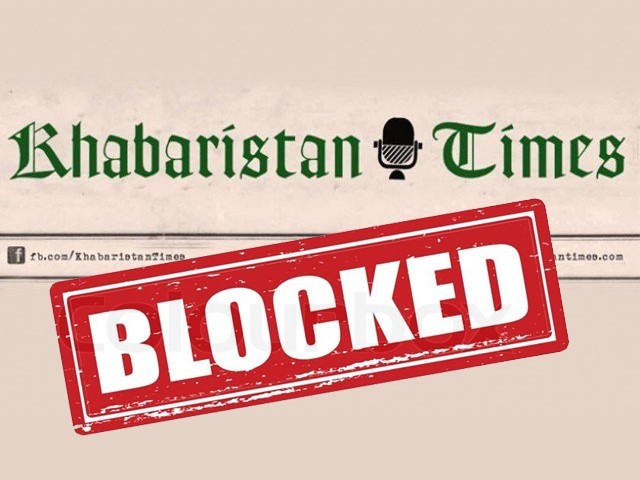 If there had been any other valid reason, they would have, at the very least, informed KT as to why it was being blocked, or even given a warning.

Freedom of speech is defined as “the right to express any opinions without censorship or restraint”.

Seems simple enough but caught between the war between the liberals and conservatives in Pakistan – two words which mean entirely something else here – it is more about making a chutney out of it or a yoyo or rather a squishy ball that can be thrown at anyone’s face to win any argument.

A certain TV show anchor/religious scholar/ Ghalib movie fan/ two-week PHD prodigy/ game show host/mango seller/actor was taken off air by PEMRA after numerous complaints were made. On his show, he had confidentially declared people as blasphemers and atheists without any solid proof. (Do note the word solid here).

In most other countries, this would not mean much more than a mere statement or opinion, but in Pakistan, it is nothing less than signing a death sentence. You see, ‘guilty till proven innocent’ is how we roll.

We are a nation who are extremely emotional and, sadly, equally gullible when it comes to religion. We are so eager to do the right thing that the manipulators just have to point us in one direction and say, “Go get ‘em”, and we will charge straight ahead with our heads bowed low. At this point, if you have the image of a bull in your head, you would not be far off!

So, a line has to be drawn where freedom of speech becomes hate speech that incites violence. One is acceptable, the other is not.

Let’s make that even simpler:

Freedom of speech: You are completely wrong. I do not agree. You have no proof. You are foolish. – Right
Hate speech (without proof): I do not agree with you so you must be a RAW agent, or be on the payroll of US, India, Zionists, etc. That makes you a traitor. Traitors should be killed. – Wrong

Now that we know the difference between the two, let’s move on.

What is satire? It is quite simply ‘the use of humour, irony, exaggeration, or ridicule to expose and criticise people’s stupidity or vices, particularly in the context of contemporary politics and other topical issues’.

So basically, it just means to report the truth in a humorous/ironical way. Which is exactly what KT did. It made no threats, did not target any religion or specific group of people, it did not promote sectarianism, and it did not incite violence in any way. It did not misuse or break the bro code of “freedom of speech” either.

So why was it blocked?

Clearly the powers that be, whoever they are, because I am absolutely clueless about this… well, let’s call them Zod to make it easier.

Zod clearly does not have a sense of humour and is not used to seeing truth smack them in the face. Zod’s sensitive feelings were really hurt when they read about themselves. And instead of taking criticism in a positive way, or laugh it off which would lead to improvement, Zod chose to shut KT down. Like an ostrich when it sticks its head in the sand. If she can’t see something, it means it does not exist… only here the sand was piled on top of KT instead.

Obviously, if there had been any other valid reason, they would have, at the very least, informed KT as to why it was being blocked, or even given a warning. Heck even a “we don’t find you funny” would have sufficed. Seriously not being funny – many of us are good at anyway. But nothing like that happened.

Since Ahle Sunnat Wal Jamaat (ASWJ) roams around openly with freedom in Islamabad, we also request the powers that be… erm Zod… to at least let KT make jokes about them.

Banning satire is the hallmark of a totalitarian state, not something a democratic country would do.

“Satire is a sort of glass, wherein beholders do generally discover everybody’s face but their own.” – Jonathan Swift