The mockery of education 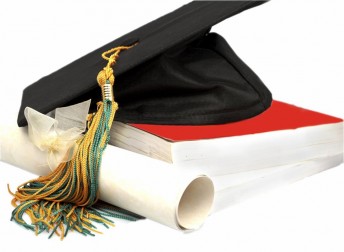 Pakistan is a country of 170 million people with an average literacy rate of 57 per cent only.

The education sector has always been treated like an illegitimate child when it comes to annual budget allocations. A great chunk of the federal budget goes to military and defense. It has been the same old story this year. The defense budget was raised by 17 per cent in the annual federal budget under the pretext of ongoing war against militants while the spending on education is less than 3 per cent. According to a recent report by Sharmila Farooqui, advisor to Sindh Chief Minister, 6.5 million children in Pakistan are deprived of education. Seventy-two per cent children leave school at fifth level or primary while 28 per cent quit before primary.

In the wake of such dismal figures each time the news of parliamentarians’ holding a fake degree surfaces, it pushes us deeper into the abyss of hopelessness. Above all the audacity of Balochistan Chief Minister Nawab Aslam Raisani was shockingly sad when he blurted, “A degree is a degree. Whether fake or genuine.” If that is the level of their interest in education then how can they be expected to fight for the allocation of a greater portion for education in the annual budget?

Given such mind sets how can these feudal lords ever let their subjects seek education without being threatened by their enlightenment? Unfortunately, Pakistan’s political arena has become a great circus with the political elite making a mockery of the educational system and ethics. The essence of education is to accumulate knowledge, skills and values. True education is one which nourishes a person intellectually, physically and emotionally. It helps building the discerning and analytical abilities so that people could think and decide for themselves.

The acquisition of fake degree isn’t a new phenomenon in Pakistan. People buy themselves degrees, take up government jobs and successfully get away with the fake credentials literally for their entire lives. The young and old politicians resorted to acquiring fake degrees when the former President General Pervez Musharraf passed the law in 2002, which required all candidates contesting for office to hold bachelor’s degree or its equivalent. The prima facie behind enacting this law was the inclusion of educated MPs into the political stream. That law, however, was repealed in April 2008 two months after the February election of that year.

One wonders, if the law of having a bachelor’s degree was enforced when the elections were held in February 2008, why did the Election Commission of Pakistan not scrutinize the application of the candidate along with the supporting documents thoroughly? Why the Higher Education Commission failed to tighten the grip on the issuance of fake degrees through different channels?

The verification process of HEC is totally dependable on the university that issues the degree. In my experience, they verify two things: first, whether the degree awarding university is accredited and secondly, whether that person’s record is present in the examination section of the university concerned. A few years back HEC had taken a commendable step by making public the list of accredited universities. It helped prospective students a great deal to stay away from those institutions that weren’t recognized by HEC. More such steps are needed to make the educational and examination system transparent.

Post 9/11 Pakistan’s educational system has been under the spotlight. Many analysts, in the US, link low spending on public education with growing extremism. Religious seminaries are multiplying, while public schools are deteriorating. Under the Kerry-Lugar Bill in 2010 the US plans to spend $200 million on education in Pakistan. But the question is whether this aid will reach and benefit the masses? Will this aid help revamp Pakistan’s educational system – a fair and unified medium of education for all?

Talking about the broader picture, these politicians with their fake degrees have set a very bad example. How can an ordinary citizen applying to foreign universities be trusted in terms of qualification and degrees when many of our legislators hold fake ones? The current process of scrutiny of documents required by the foreign universities is tough and time consuming. After the fake degree scandal it can become tougher. Our elected representatives are hell bent on making the life of people harder in every respect and this is besides the shame that they inflicted on the entire nation.