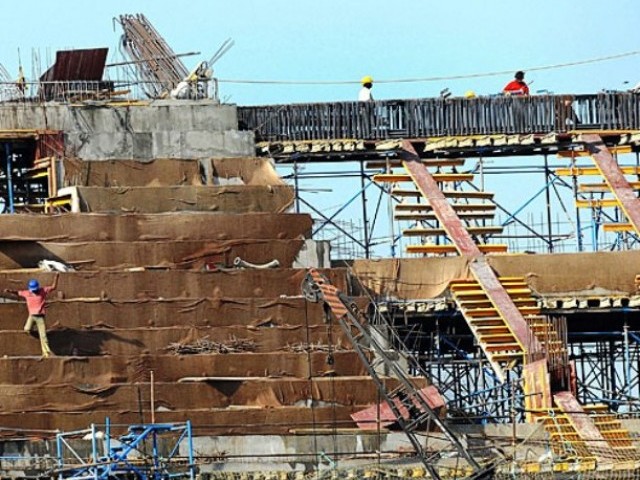 The Wankhede Cricket Stadium in Mumbai has failed the fire safety test.

If India has one thing to learn from the Commonwealth Games debacle in New Delhi last year, it is to improve organisational skills before hosting a mega event.

And if you think India has learned a thing or two before hosting the ICC Cricket World Cup 2011 to avoid a similar embarrassment, you should think again. Since the start of the tournament, controversy has followed the Indian administrators running the World Cup.

Indian cricket is a gold mine which is as deep as the Earth’s core. Immense fan interest, competitive advertisements and media attention has given it more money than anyone could have imagined.  However, if the people in charge are not diligent enough to do their job, it makes the whole event go from magnificent to mediocre in quick time.

As a diehard cricket fan, I was looking forward to the World Cup in India simply because of the hype and buzz  created by Indian fans and media.  In 2007, I was lucky enough to see a Pakistan vs India match in Mohali so I know how passionate the fans are and how different the atmosphere is from anywhere else in the world.  But after a flurry of news reports, I am doubtful about India meeting the expectations.

India’s most historic and prolific cricket ground Eden Gardens in Kolkata is still under construction and was declared off limits by ICC’s inspection team.  This was the first big blow.

Eden Gardens can hold a capacity crowd of up to 90,000 spectators.  It is a sight to behold and an experience to remember for all those who are attending any high profile match.

While the ICC is positive now that Eden Gardens will be ready by March, it has lost the important game it was meant to host between India and England. The Kolkata fans have been deprived by their own administrators who failed to meet deadlines.

The Wankhede Cricket Stadium in Mumbai which was scheduled to host the World Cup final has failed the fire safety test.  According to the fire chief, there are “numerous loopholes in the newly renovated stadium”.

There is still uncertainty surrounding what will be the outcome of this issue.  Another question that needs to be asked is the choice of Mumbai hosting the final.  Despite the extended renovations, the stadium is still one of India’s two smallest cricket grounds with a capacity of only 33,000.

This is ridiculously small for a cricket World Cup final by Indian South Asian standards! A country that boasts much bigger and more glorious stadiums, the Wankhede is a mere minnow among giants.

Tickets are for VIPs

If the average fan felt aggrieved about the limited tickets available for general public, their grief was not alleviated when they went online to the official partner’s (KyaZoonga.com) website to purchase tickets.

Only 4,000 seats are being sold to the general public.  The remainder is going to the ICC and Mumbai Cricket Association Member’s Club.

Ten minutes after the tickets went up for sale, the website crashed as up to 10 million people were logged on to compete for the 1,000 tickets available online.

I presume the KyaZoonga did not understand the passion for cricket in India and underestimated the hits they would receive. Millions of fans were left frustrated and angry at the handling of tickets for the final.

In Bangalore, fans lined up to get their hands on available tickets for the India versus England contest which was originally scheduled to be played in Kolkata.

The stadium in Bangalore can hold 38,000 fans, but only 7,000 tickets were available for the general public, leaving a big question mark over what happened to majority of the tickets.

While former cricketer and board chief Anil Kumble was nowhere to be found, majority of the fans who turned up and waited in line for hours were unable to get their hands on any tickets, while many of them returned home with painful bruises thanks to the police baton charge .

As videos of police brutality become viral on news channels, this questions is rightfully being asked: is this World Cup for VIPs only?

The fiasco in Bangalore finally prompted the ICC to send a letter to BCCI via its legal aide David Becker, expressing concerns over sales and distribution of World Cup tickets. As the ICC faces compensation threats from event sponsors, BCCI (naturally) rejects all blame.

Keeping in view that BCCI is blessed with enough resources to make the impossible happen, the fans should not be compelled to expect anything less.

However, one thing is certain; being filthy rich can’t save you if the people in charge are incompetent. If majority of the tickets for most important games have indeed gone to the VIPs, it is a worrying sign since I don’t think the smug elite of Mumbai or Bangalore will match the passion, intensity and loud cheering of the general public.

After all, it’s the general public that makes most of the noise at cricket matches in the subcontinent.