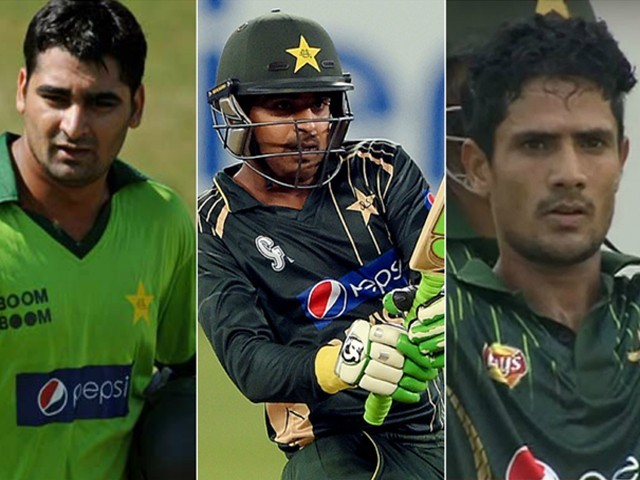 These three players could cater to Pakistan’s premier concerns in the shorter formats that are opening, middle-order fragility and lower-order hitting.

The Pakistan Super League (PSL) has arrived at possibly the best time for fans who are seeking some comfort after Pakistan’s poor outing in Australia. Pakistan only managed to win one out of the eight matches, three Tests and five One-day Internationals, they played.

Performances in the shorter format are facing a continuous decline and all fingers point towards Pakistan’s mental resistance towards adaptation. While there were times during which Pakistan was able to defend scores as low as 150, those times have long ended and the world has stepped, raced rather, into the T20 era.

Pakistan’s most confident performer with the bat was Sharjeel Khan, someone who has never been associated with words like consistency in the past. Sharjeel, playing his natural game, scored three 50-plus scores on the trot that, to a limited extend, lessened the embarrassment the team would ultimately face.

Although Sharjeel Khan has cemented his place at the top of Pakistan’s batting order, it has taken him a good four years after making his debut in 2013 against Sri Lanka. Sharjeel’s batting initially was considered limited and, to be fair, he is by no means a finished product.

However, the improvement is remarkable and some of its share belongs to the PSL model. Sharjeel registered his name in the record books by becoming the first centurion of the PSL and ended as the third highest run-scorer overall, which brought plenty of attention towards him. It can safely be assumed that post-PSL Sharjeel has blurred out memories of pre-PSL Sharjeel to emerge as an asset for Pakistan and there are a few others who will be feeling inspired by Sharjeel’s re-birth.

Shahzaib Hasan top-scored with 119 off just 64 deliveries as he slammed 10 sixes and six boundaries.
Photo: AFP

Shahzaib Hassan is remembered as the unknown teenager who was a part of the T20 World Cup winning squad back in 2009. Three ODIs, 10 T20s and never to be seen again. His initial run was as bad as it gets and fans refuse to look past it, especially due to a minimum coverage of domestic matches in Pakistan. There are plenty of similarities in the career-paths of Shahzaib and Sharjeel. Both are 27 years of age, both of them were prematurely selected into the side and failed to impress, both of them have been considered mindless sloggers for too long.

However, like Sharjeel, Shahzaib could have plenty to offer to Pakistan. Shahzaib holds the same role for the Karachi Whites that Sharjeel does for Pakistan and is often relied upon to provide the team with a blistering start. Most recently, he scored 171 in the Regional One-day Cup semi-final against Islamabad, which indicates that he is capable of occupying the crease for a longer time period now and has developed the skills required to do so. Shahzaib will be playing for the Karachi Kings, but will have to compete with fellow Karachiite, Khurram Manzoor, for the second opening spot alongside the king, Chris Gayle.

Yamin’s name has been circulating for a while now and he is one noteworthy performance away from the team.
Photo: Facebook

Despite a severe shortage of all-rounders in Pakistan’s domestic circuit and an equally severe need for one in the team, Aamer Yamin has not been provided with the opportunities that many think he deserves. Yamin was dropped after playing three ODIs and the lone T20I during which he became Pakistan’s only bowler in T20I history to take a wicket on the first ball of his debut. Yamin also displayed his batting ability when he came out to bat during a troubling situation against Zimbabwe and went on to register 63 runs.

Yamin, although selected by Peshawar Zalmi last season, could only play one match in the presence of Junaid Khan, Wahab Riaz and Shaun Tait. Yamin’s name has been circulating for a while now and he is one noteworthy performance away from the team. The platform and push that he requires will surely be provided to him by the Lahore Qalandars who traded him for the middle-order batsman Sohaib Maqsood.

Haris Sohail has average of 43 in ODI’s for Pakistan.
Photo: AFP

Haris Sohail is one of the few players who came back from the 2015 World Cup with his respect intact. Unfortunately, it has been over two years now since Haris donned the green jersey due to an injury that threatened to cut-short his career. Haris is now fully recovered and has been trusted by the Peshawar Zalmi to bring stability and firepower into their middle-order.

Haris made his comeback against a weak Malaysian side, but immediately capitalised on it by scoring 55 and 119 runs in two matches and claiming three wickets. Haris’s comeback to the national team has been long awaited and there are hardly any players in Pakistan’s domestic circuit who can match his run-scoring ability. Videos of him knocking the ball around in nets are all that the fans have seen this far, but great things are expected of him and he is not the one to disappoint. Haris offers Pakistan something similar to what Shoaib Malik does – composure and lack of fear when facing tough bowling line-ups.

These three players could cater to Pakistan’s premier concerns in the shorter formats that are opening, middle-order fragility, and lower-order hitting. Yamin and Shahzaib have the potential to turn their fortunes upside down whereas Haris, as well as his fans, will be sincerely hoping that he can continue from where he had left off. Pakistan Super League is the showcase of Pakistan’s finest talents and these three will be looking to grab on to every half-chance that comes their way.