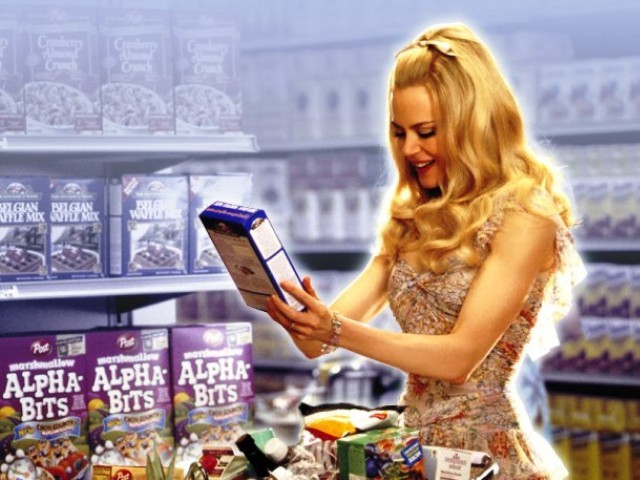 A perfect ad-wife spends her day cooking and washing.

Most ads in Pakistan show women as maids. Their major worries seem to be their family’s health, their complexion, hair and aging skin. All they do is cook, wash and their whole lives revolve around their family. But is this a true reflection of Pakistani women today?

Gone are the days when men were capricious and women servile. Today, Pakistani women are empowered and active in every arena including government, military and sports. The concept of a joint family is fading in our society and women are (or aspire to be) as independent as men.

But our ads continue to remain stuck in another century. In ads, if a woman is successful she belongs to showbiz or is a doctor. There is no concept of a third successful profession in the world of advertisements. An ad showing a corporate environment will rarely feature a woman.

Advertisers have not broken free from ads which sell the idea of the perfect bahu rather than the brand. Most cooking oil, soap and washing powder brands  show women as the sole givers of love and care for the family -they simultaneously do house hold chores and care for their family’s well being. A woman’s role today is so much more than this.

These ads mar the image of Pakistani women. While there are some ads that deserve to be praised for portraying a positive image of the Pakistani woman, they are few in number. A Mobilink ad with Pakistani athlete Naseem Ahmed is one good example. Tapal has also done good work in this regard with their recent ad in which a daughter convinces her reluctant father to allow her to work in a company.

The target market for many of these brands is educated women between the ages of 20-40 years. These women are least likely to relate to the women shown in the ads.

To me, the primary reason that ads are stuck in a time warp is that advertising professionals are reluctant to depict the new Pakistani woman. They still cannot relate to her. Secondly, the male dominated ad industry has resulted in chauvinistic ads. Perhaps, advertisers don’t want to break this stereotype at all.

The untold story of the milk that we drink