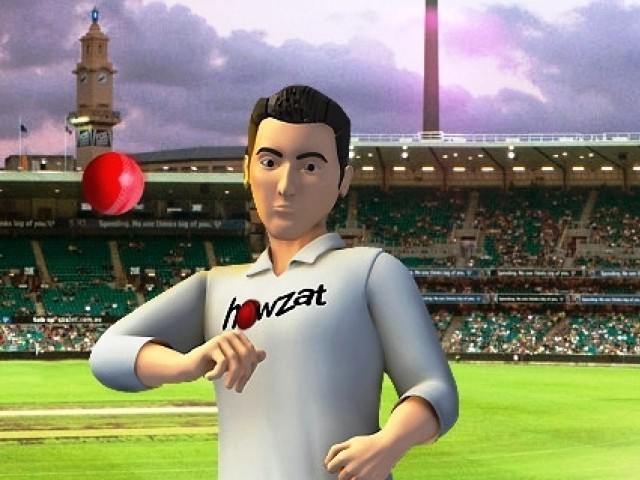 Howzat.com allows you to play a multi-player game of cricket. PHOTO: HOWZAT.COM

It’s finally here! What we’ve all been waiting for — the ICC World Cup 2011. The tournament has brought with it a month of cricket madness. But what happens to the dedicated cricket fan when, God forbid, you miss an important match? The world wide web may have a solution.

While you wait for match highlights on TV, you can also obtain a complete low down of what went on during a match through numerous cricket websites. You can view a ball-by-ball commentary of the matches, get updates on the latest news in the world of cricket, as well as add to your knowledge about any player or team.

Apart from the official website of World Cup 2011, there are sites like cricinfo.com (a website every cricket fan is aware of) and cricbuzz.com where one can go to learn everything about the tournament. While these would be the top three choices, fans can also visit many personal blogs that will also be keeping a close eye on the happenings on and around the pitch.

If you are a Twitter user, you probably know about the trends that have formed around the World Cup. In case it didn’t come to your attention, I would like to point out the ones I noticed while browsing through the site. #cricket and #pakcricket can always be used to track news and updates on Pakistan, but to get a holistic view of the tournament here is a list of trends available.

World Cup songs have heightened the patriotism of fans. Ranging from the official song of the cricket World Cup to the songs representing each country, there are thousands of videos on Youtube.com. Being Pakistani, my favourites are the Ali Zafar song “Yeh duniya hai dilwalon ki” and “Rise of Jazba” (although many have expressed their reservations regarding this song) and the Geo Super song “Cricket, we love you.”

Facebook is offering several applications related to the tournament as well. By now everyone has come across the poll on who will win the World Cup (Pakistan is currently on number three, so go and vote). There is also an app called Cricket Jersey — World Cup 2011 where you can choose a team’s jersey, write your name on it and make it your profile picture. Other than these, you may choose from a number of Facebook groups out there and join the ones you like.

While enjoying the month of cricket, you might feel like slogging a few fours and sixes yourself. You can go out on the street and do that, but I’d rather beat India or Australia in a game of online cricket. Games I have come across include the ones available on the ICC website — Pakistan has developed the official ICC cricket game as well. However, they require you to install plugins to play but if you’d rather play without having to do this, you can always visit websites like Howzat.com to play a multi-player game of the sport or you can go to miniclip.com where the top featured game is on the World Cup.