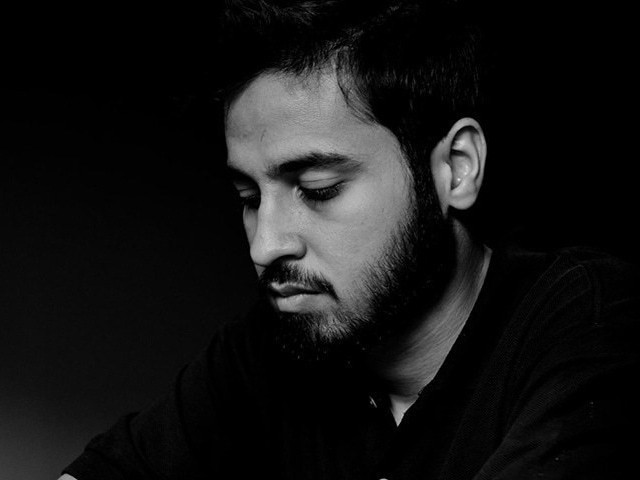 The lack of media, public, and legal access granted by the military to the trial of Saad Aziz leaves us with a disturbingly incomplete portrait. PHOTO: FACEBOOK.

In the aftermath of the horrific Peshawar school attack in December 2014, military intervention into Pakistan’s ineffective civilian criminal justice system was deemed necessary. Since then, terrorism cases, like the case of Saad Aziz, fall under the purview of special military courts, which were instituted in January 2015 as a temporary fix with a two-year expiry period.

As of this month, the two-year trial period of special military courts has come and gone. Yet, the Sharif government continues in its hustle to win over opposition party detractors and turn the quick-fix idea of military justice into a constitutionally-entrenched, permanent civilian reality.

Because Saad Aziz’s crime fell under military jurisdiction, it was investigated by the Army’s own unit which has an unfettered and absolute power to detain and interrogate an accused. Throughout this period, Saad Aziz’s lawyer, family, and, the public were provided very little information on case details.

Here’s the little we do know about Saad Aziz: we know he was educated and running a reasonably successful business. We know he confessed to killing Sabeen Mahmud because of his anger over her activism, her values, and her beliefs (which included papering the city on February 14th with Valentine’s Day themed decor). We know Saad Aziz was sentenced to death last week alongside four other ‘hardcore terrorists’ who, according to the very brief statement provided by the military court, had been “involved” in the homicide of Sabeen Mahmud as well as the deadly bus attack in Karachi last May.

Yet, when it really comes down to it – across the life, military trial, brief interview given by Saad Aziz, and his death sentence – we know nothing. And, what we don’t know hurts us.

It is not satisfactory to simply accept the death sentence of Saad Aziz on the grounds that he was an unstable, unhappy man who cannot handle the country’s liberal, progressive folk. It is not enough to know that Saad Aziz was a man strongly against the idea of a group of like-minded folks coming together to for a peaceful, reformist dialogue on the ongoing atrocities of the state against the people of Balochistan.

The lack of media, public, and legal access granted by the military to the trial of Saad Aziz leaves us with a disturbingly incomplete portrait of this regular student-cum-killer. And for this reason, his death sentence – which may satisfy a select few of us who are content to gloss over Sabeen Mahmud’s murder with the superficial veneer of justice finally done – really does not serve much purpose.

The military court’s speedily concluded; heavily veiled decision was conducted with almost no transparency or accountability. But that is not the part that frightens the most because the military court’s covert and obscure execution of justice in the case of Saad Aziz will do nothing to stop the future Saad Aziz’s from taking the lives of future Sabeen Mahmud’s.

It is no secret that improprieties are rampant in Pakistan’s civilian trials. Today, despite reaching the end of its mandated two-year term, the government has failed to provide any evidence suggesting that major steps were taken to fix the inadequacies of the civilian criminal justice system.

But this does not mean that special military courts are the cure to the problem of civilian courts. This is because military justice, when compared to the civilian criminal justice system, is simply different.

The hallmark of a judiciary is its independence. In a country like Pakistan where the army boasts remarkable amounts of power, a military-run judicial system is nothing short of a puppet show – one in which select political parties and military folk are the puppeteers.

It does not matter how convinced you are of an accused’s guilt. It does not matter if the accused has proudly confessed to the crime. Failure to protect the rights of any accused will taint not just his case but will spread like a cancer to all future defendants.

A scrupulous, well-documented trial would’ve demonstrated Saad Aziz’s guilt for the world. Instead all we got was a slipshod trial that left far too much space for doubt and far too many unanswered questions.

Special military courts have no place in a democracy because the secrecy they embody and their sheer lack of transparency is a great danger to the rights of Pakistani citizens. At their very core, military justice carries the basic assumption that the regulators of our justice system do not need to be careful in determining whether an accused is really guilty.

Pakistan needs fair and impartial trials so we can begin to understand and tackle the existence of those amongst us who will go as far as murder in order to silence us. And Sabeen Mahmud’s loved ones deserve a fair trial so they can, with confidence; begin the long process of healing, knowing that the man who had robbed them of their world has been punished commensurate to his crime.