Films like Thora Jee Le should be banned in Pakistan 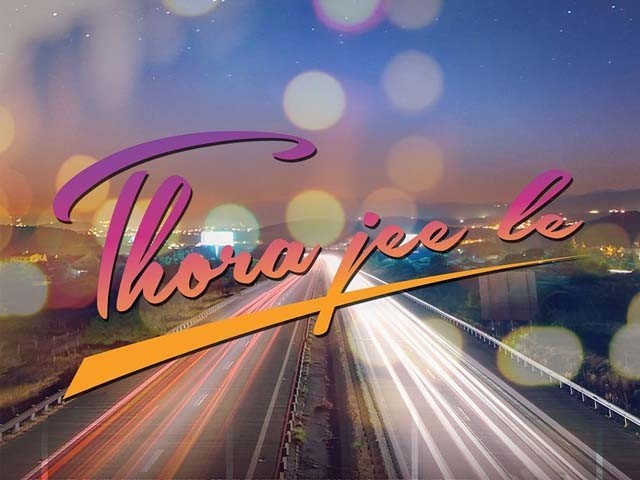 It was just yesterday that I was thinking it was time for Pakistan’s film industry to use new faces – we’ve been seeing the same old actors in dramas, as well as on the silver screen and honestly, it’s time for a change. Thora Jee Le marks the debut of six fresh actors in pivotal roles. Rafay Rashidi handpicked the new faces, the music director, and the singers for his debut film.

Thora Jee Le revolves around six friends who reunite in tragedy – when a common friend, Kaizad,  suffers from an overdose of drugs. They plan a road trip to Kaizad’s (Rizwan Ali Jaffri) ancestral home and slowly, moments from their past begin to prop up. The film explores the dark parts of friendship, and how it evolves from bitterness.

When I saw the new faces, I was pleasantly surprised, but then the acting started and oh boy… here is what I thought; Jaffri tries too hard in the entire film, from his vocals, dialogue delivery, to his facial expressions – everything is a total miss. He doesn’t do the role any justice at all and if he wants to pursue a career in acting, he would need to work really hard on his diction.

TC (Kasim Khan) joins Jaffri on the overacting bandwagon. I’m not sure what Khan was thinking because the way he was going, his character was not believable in the least.

Andy (Salman Faisal) also tortures the viewers with every scene he appears in. He is, by far, the most pitiful find and makes the audience uneasy with his poor acting.

Azaad (Ahsan Mohsin Ikram) is obsessed with being seen as an ‘intense actor’ and that’s partly the reason why his character looks so miserable in even the lightest of scenes – everything is over-dramatised, and sad – even when it doesn’t have to be.

Bahaar (Fatima Shah Jillani) is another version of Sohai Ali Abro – Jillani basically just copies Abro’s bubbliness from Jawani Phir Nahi Ani. Meesha (Ramsha Khan) is the only one who delivers a fairly decent performance. Party Khan (Bilal Abbas) fails to rise as well, and his character has the most meat in terms of expression, screen-time, and depth.

The film explores the way life comes between friendships, and how the youth in Pakistan must learn to overcome life’s hurdles.
Photo: Screenshot

When it comes to direction, and the script, Thora Jee Le is below average. There are barely any redeeming qualities. The film explores the way life comes between friendships, and how the youth in Pakistan must learn to overcome life’s hurdles – it is a theme that could have been readily accepted by the masses but this just doesn’t hit the mark. The comical elements in the movie are pathetic. The apparently funny fart sounds, the parts where Andy is searching for a bathroom spot, and the strange lizard jokes are the only jocular components that make the audience giggle. The emotional scene between Azaad and Meesha after Bahaar’s engagement could be the backbone of the movie but is badly (read: confusingly) written and poorly enacted. The music is not even worthy enough to be mentioned.

Films like Thora Jee Le should be banned in Pakistan; they are the reason why Pakistani cinema is facing such a downfall.

I would highly discourage viewers from watching it. Tasteless torture is what it is.