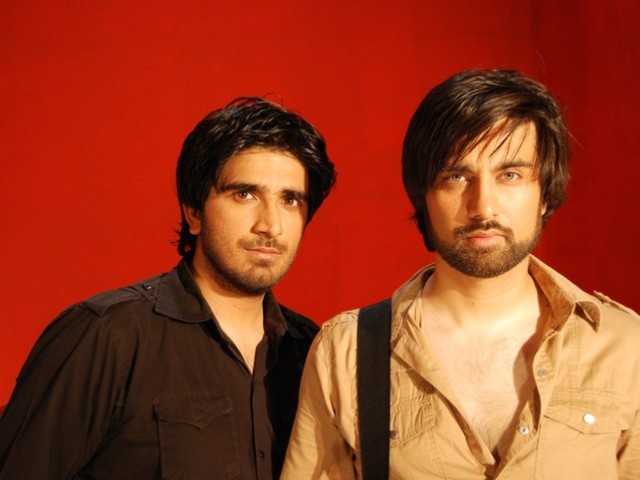 I recently chanced upon a local morning show where Ali Hamza and Ali Noor of the infamous band Noori were the guests.

As the simpering hostess struggled under the weight of roughly two kilogrammes of cosmetics and artificial hair, her more composed male co-host raised a topic of actual interest. There have been few mentions of south-eastern pop culture without Munni Badnaam coming up, as it did on this instance.

The brothers vehemently declared their dislike for such mainstream, sales-oriented musical productions – contrary to the opinion shared by a majority of heterosexual males.

Looking like he had just discovered a piece of gum stuck to his shoe, Ali Noor went on to explain that when any piece of artistry is written with the sole purpose of selling, it loses its honesty and therefore its beauty.

Now, to pause and rewind a few years to Noori’s breakout album and, to that one syllable – na – in Gaana Number One that won them a place in Pakistan’s musical halls of fame.

Manwa re, the song which in Ali Noor’s words, was written in 15 minutes for a soundtrack and chosen for its ability to sell. With melodies, albeit ingenious, designed to lodge themselves stubbornly in your head, Suno key mein hoon jawaan was an album meant to hit pop-obsessed teenagers straight between the eyes. Simply put, they’re one to talk.

Returning to the present, however, the duo has achieved redemption, even if some of their heavier numbers are very ‘strongly influenced’. Two years ago Ali Hamza came into his own with his impossibly deep vocals, taking many by surprise with the bridge in the Coke Studio’s recording Aik Alif.

Noori milked the concept of fusion for all it was worth. The incorporation of the banjo with the sitar and Saieen Zahoor’s stirring voice and tumbi intro was one of the best collaborations since Eddie Vedder took on Nusrat Fateh Ali in ‘Long Road’.

As long as artists stay true to the constitution of music, and it is a constitution in its own right, there is still hope. Pakistani music, which has unquestionably outdone that of our eastern neighbours, has immense potential as long as those who create it with sincerity still remain.

A sub-editor for the Karachi pages of The Express Tribune.