Turkey and its war over Islam 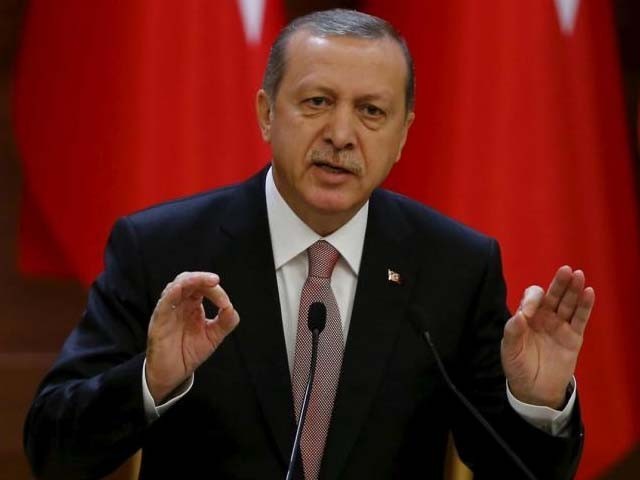 As Erdogan fights for his political survival, the struggle between institutional Islamism and civil Islam for Turkey’s precious public space will only intensify. PHOTO: REUTERS.

As Turkey mourns the loss of 39 souls in the fifth terror attack to strike Istanbul in a bloody 18 months, the country’s plight unveils the two arms of Islamism unfolding against Turkey’s century-old canvas of civil, pluralist Islam. One is known as violent Islamism, and the other, less recognised but more covert (and, for that reason, more ominous), is institutional Islamism.

While the gunman has already been identified and claimed by ISIS as its soldier, Turkey is learning the institutional Islamism that Turkish President Recep Tayyip Erdogan has pursued for decades is no protection against violent Islamism.

Erdogan’s Turkey is increasingly governed by institutional, non-violent Islamism, a profound departure from both modern Turkey’s secular values and the legacy of the Ottoman civilisation—itself defined by pluralism, diversity, Islamic rationalism, and Islamic mysticism.

Secularism would be the new religion. Article 24 of Turkey’s constitution forbids Turkey’s formation on religious principles. Ataturk’s secular nationalistic legacy continues to influence Turkey and presents a healthy (albeit increasingly weakened) challenge to the efforts of Erdogan’s Justice and Development Party, or AKP, to lead Turkey toward institutional Islamism.

Of Turkey’s population of 72 million, most are Sunni, including ten to 12 million Alevis (a heterodox hybrid of Sunni and Shia). Turkey is highly educated with a 90.8% literacy rate, a striking contrast to the almost 40% illiteracy rate in the Muslim majority world. A mere 0.2% of Turkish nationals are minorities, comprised of Bahais, Christians, and Jews. Turkey’s secular constitution protects its religious freedom — and that of Turkey’s Muslims — by allowing freedom of worship, freedom to evangelise, and freedom to convert.

Erdogan’s Islamist ambitions are long-held. And, as a result, Turkey’s democratic freedoms of speech, expression, and religion are under siege.

Early in his political career, Erdogan was imprisoned for his Islamist sympathies. In December of 1997, he was convicted of sedition by Muslim judges in the Ankara High Court, sentenced to three years for reciting an Islamist poem in a speech he delivered while he was the mayor of Istanbul in the city of Siirt:

“The mosques are our barracks; the minarets our bayonets.

The domes are our helms; the believers are our soldiers.”

These words were deeply offensive to the secular state at the time. Yet, a testament to his political prowess and tenacity, Erdogan became prime minister of Turkey, and later its president.

Concealing his Islamist ambitions, Erdogan euphemised the AKP, rebranding party members as “Muslim Conservative Europeans,” as a way of avoiding Islamist terminology. (The rebranding was an astute move; given that three Islamist parties had been banned by Turkey’s constitutional courts between the 1970s and the 1990s.)

Today, exploiting democratic organs, Erdogan continues to advance his institutional Islamist policies. The United States, under Presidents George Bush and Barack Obama, has commended his “reforms,” including the 2010 referendum the AKP held to reform (and thereby weaken) the secular constitution—one of the major defences against the advance of Islamism.

Erdogan’s recent crackdowns on an independent press, an independent judiciary, and the secular military underline his Islamist values. The attempted coup earlier this year (which some detractors speculate Erdogan may have staged himself) resulted in further contraction of the academic intelligentsia, the confinement of journalists, and the dismantling of a free press—including the seizure of Zaman, the last opposition newspaper in its wake. Turkish journalists are now seeking political asylum overseas (as are military officers). Adding to the enormous number of arrests following the attempted coup, Erdogan’s government emerges clearly as an Islamist state seeking to shore up further power.

As Erdogan said, “Democracy is like a streetcar: We take a ride and we get off when we reach the station of our destination.”

Could Erdogan’s streetcar be coming to a final halt? Well, at the very least, the ride has certainly gotten bumpier. Erdogan’s desperation is mounting, and for good reason.

No matter what he says in the public sphere, ISIS attacks threaten his nation, its citizens, and his authority to govern.

While Turkey has been under pressure from the disintegration of Syria and the war on ISIS—spending $5.37 billion euros to shelter 2.5 million Syrian refugees—its robust economy has borne the strain well. From 2002 to 2007, Turkey’s gross domestic product (GDP) grew annually by 6.8% and its exports tripled. Since 2007, its annual GDP has hovered around 3.5%.

Political scientist Bassam Tibi explains how, under Islamist rule, Turkey’s judiciary has seriously eroded. Erdogan exiled many judges to rural oblivion as he severed the constitutional courts’ independence from his government, forcing other judges to take early retirement. So blunt was Erdogan’s attempt to defang the independent judiciary that, in July of 2011, the entire officer command of all branches of the armed forces of Turkey resigned, protesting the persecution of and prosecution of judges and leading intellectuals. Post-coup this erosion has become blatant.

All, however, is not lost.

The advance of institutional Islamism within Turkey is made more poignant given Turkey’s centuries-old history of civil Islam—that is, the anathema to all Islamisms (violent or institutional) that can only exist within the safety of a secular space enshrining diversity and pluralism.

These Turkish intellectuals form the vital bulwark against Islamism in all its forms, and they are also what stands between Europe and an advancing Islamist domination of Europe’s Muslim Diaspora. We—concerned citizens, all supporters of liberal democracies—must empower and engage Turkey’s intellectuals in both challenging Islamism and strengthening civil Islam.

As Erdogan fights for his political survival, the struggle between institutional Islamism and civil Islam for Turkey’s precious public space will only intensify. If Erdogan’s Islamist mission is to be derailed, it is Turkey’s secularists upholding civil Islam who must be triumphant — the very integrity of Europe’s Muslim diaspora will be defined by the outcome.