Will the Lahore Qalandars bring back Pakistan’s glory days? 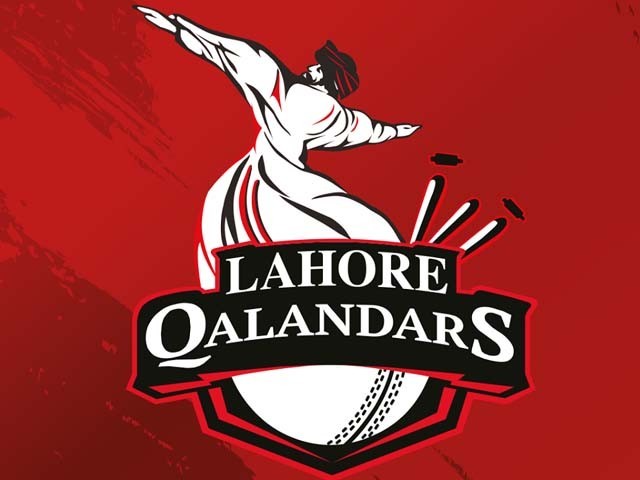 The first season of the PSL didn’t go too well with the Lahore Qalandars. PHOTO: FACEBOOK.

If we study, analytically, the countless success stories ever recorded, there would certainly be a few common denominators; having a dream would be one of them. Every person feels inspired when they watch their idol achieve historic feats and fare well on a path they, too, have set for themselves.

However, what separates the enormous swarm of aspirants from the handful who actually achieve their dreams is their unremitting dedication, commitment, motivation and persistence. Another factor that contributes to one’s success is the efficiency and precision of the management involved in executing a plan of action.

Cricket is no different. Long gone are the days when cricket was just a game. Extensive media coverage and global recognition has transformed cricket from a game to a sport that is religiously followed; the Zimbabwe cricket team’s 2015 tour in Pakistan (after six years) and the 2016 Pakistan Super League (PSL) tournament are testaments to that.

The PSL cast the country in a daze. Everywhere you went, there was a buzz about which team would win. The excitement was contagious. Hundreds of crazy supporters cheered for their teams in the stadiums, at home in front of their TV screens and on the streets of Pakistan. Everywhere you’d go, you’d find Pakistanis watching the biggest tournament in our cricket history.

Apart from a few acts of excellence from Umar Akmal and some sparks of individual brilliance here and there, there was not much to speak of.
Photo: PSL

The first season of the PSL didn’t go too well for the Lahore Qalandars. Despite gathering the most support, even before the tournament started, the Qalandars failed to impress and were the first team to be eliminated. Apart from a few moments of excellence from Umar Akmal and glimpses of brilliance here and there by other players, there was not much to speak of. By the end of the first season, no one was talking about the Lahoris.

Eventually it was concluded that the team had the talent to go far, but lacked the skill and endurance required to make a mark in a tournament as fiercely competitive as the PSL. But Mr Fawad Rana, a passionate cricket follower and owner of the Qalandar franchise, paid no attention to these remarks because he had other plans. He and his team then set off on a journey that could potentially be the Qalandars’ road to redemption. His plans had another purpose as well; to give Pakistan cricket something it has always lacked: merit.

The first season of the PSL didn’t go too well for the Lahore Qalandars.
Photo: PSL

A Players Development Program was introduced in an effort to bring the street-smart cricketing talent of the country into the limelight. The aim was to provide a platform for cricket fans to showcase their talent and be able to set foot in the world of cricket, regardless of their background, caste, creed, colour or ethnicity. The trials witnessed swarms of aspirants who sweat profusely and battled through the scorching heat after waiting long hours at a chance to prove their mettle.

The keen eyes of Aqib Javed and Muddasir Nazar ensured that the best players were selected each time the trials were conducted. Close monitoring and selection earned the top 16 a place in one of the eight teams (Lahore, Multan, Bahawalpur, Sargodha, Dera Ghazi Khan, Faisalabad, Gujranwala and Rawalpindi). These teams then competed in a tournament hosted at the Gaddafi Stadium in Lahore. A 15 man squad was formed based on their performances during the tournament. They would then head to Australia to play the “Academy Tri-series” alongside Big Bash League franchises Sydney Sixers and Sydney Thunders.

The idea of a young, rookie Pakistani franchise playing against established franchises on foreign soil would have been intimidating for anyone who has been following Pakistan cricket over the past decade.

How was a team that had had an embarrassing debut in League cricket going to compete with the two most reputed sides from the Australian League?

How long before our Lahori boys bow down to the better coaching and fitness facilities that were at the disposal of their opponents?

Would it be possible to bridge the gap between the standards of domestic cricket between the two countries?

These were the questions on every Pakistani’s mind.

How was a team that had had an embarrassing debut in League cricket going to compete with the two most reputed sides from the Australian League?
Photo: PSL

The cricketing world was also looking forward to a tournament where Pakistan’s ‘emerging’ talent would take on big names, but the Lahoris were determined to make a mark and went on to secure a place in the final of the Tri-series where they were defeated by the Sydney Thunders by three wickets in a hard-fought contest. The Tri-series was lost, but the objective had been achieved; Pakistan’s cricketing talent had made headlines all over the world and was even acknowledged by the Australian authorities. A Memorandum of Understanding was signed to ensure annual tournaments of this kind regularly in the future.

The Pakistan Cricket Board needs to think along a similar tangent to revamp the domestic structure of Pakistan cricket. If adequate support is provided by the private sector and merit is made the one and only mantra, we are sure to progress and dominate the world like we once did.

Pakistan cricket will find its lost glory only when grass-root level talent is identified, groomed and matured. It is incredibly important to participate in international tournaments as learning to tackle different conditions is what makes big names.

What the Lahore Qalandars  have achieved through this “Players Development Program” remains to be seen. But one thing that is certain is that if Pakistan cricket wants to dominate the world, then this is the way forward. Merit is what Pakistan cricket needs on its path to world domination and glory!

The author is a keen cricket follower since 1996, and brings to light the different happenings in Pakistan Cricket. He tweets @sohaibfurqan.