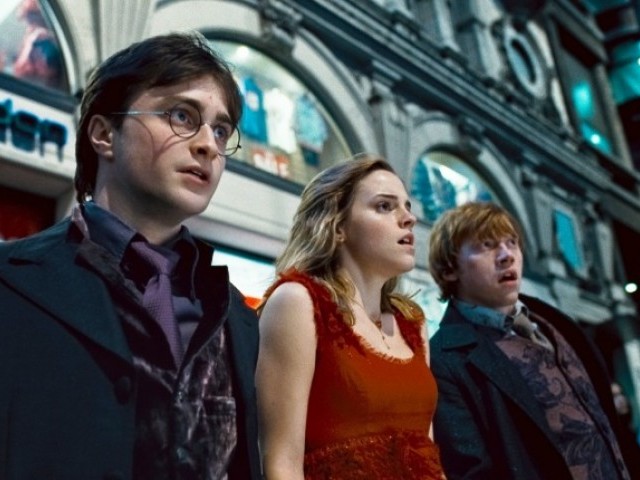 The Harry Potter series has come a long way since the first book. The film adaptations have managed to stay true to J K Rowling’s books and the latest film, Harry Potter and the Deathly Hallows – the  seventh in the series – tells the darker side of the that story audiences world over have come to love.

The film takes us into the mind of Lord Voldemort, the darkest wizard of all time whom Harry must defeat by the end of his quest. Unlike previous films, there is no attempt to tone down the dark cruelty of the Death Eaters, (Voldemort’s followers) ; we see Bellatrix (Helena Bonham Carter) torture Hermione Granger and Severus Snape (Alan Rickman) dominate the first few minutes of the film as an undercover Death Eater.

Harry and his friends, Ron and Hermione are no longer at Hogwarts. Their relationships mature on their journey. We see differences creep in to Harry and Ron’s friendship and witness internal battles the friends have fought since the start. Romance also blooms in the film as Harry and Ginny grow closer.

It is the simplicity of the film that makes it so good. As far as adaptations go, it isn’t always necessary to follow every line of the book you’re filming as long as the director is confident that he can do it better. In this case no fancy alterations are made to an already great story; the original punch lines have been retained but director David Yates has brought a special flavour The Deathly Hallows – as he does with all his films.

Some of the best scenes are the scariest. For example the scene where Harry goes back to his childhood home to meet the famous historian witch Bathilda Bagshot, author of A History of Magic. Wreathed in a backdrop of darkness, Bathilda’s appearance brings forth a frightening outcome in the film. Her house, her strangled whispers and the discovery of the serpent Nagini are frightening sequences. This particular scene had some kids in the cinema hiding under their seats in fear – now that is true success!

Another memorable scene is the broom chase in the beginning of the film. The chase included Death Eaters chasing Harry and Hagrid and did not disappoint.

The Deathly Hallows has been appreciated by critics. The decision to split the film adaptation of the final book in to two parts proves to be correct.

A disappointing part of the film were Dobby’s last words in the final scenes. Loyal house-elf Dobby’s comes to a singularly unpleasant end in one of saddest scenes of the series. As Harry, the ‘boy who lived’ digs a grave for another one of his friends he decides which course to take in the future and the film comes to a grim close.

A copywriter at an advertising firm in Lahore. She is a graduate in Economics and is interested in sci-fi, fantasy and history

Narnia loses its magic with Voyage of the Dawn Treader

Oscars dominated by politics and cliches