When will Pakistan stop mocking people for speaking imperfect English? 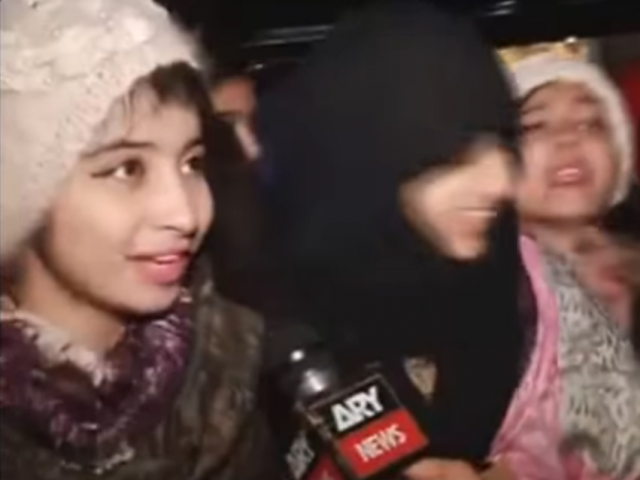 Many of us have mocked someone who spoke in incorrect English, or in a different accent. PHOTO: SCREENSHOT.

Recently, a video went viral on social media of a group of girls in which one of them spoke a misplaced English phrase. The results of this innocent error by that girl were catastrophic. It soon became a phenomenon on the internet with the girl being subject to several jokes and derogatory comments. Following this, news came that the girl has not been attending college due to this incident.

This represents two chronic problems in our society; first, the issue of cyber-bullying, and second, our obsession with the colonised tongue. Cyber-bullying is reprehensible, but the underlying issue is that we give English so much precedence that we shun and mock anyone who fails to employ it correctly.

It has been several years since the subcontinent achieved independence, yet we see the impact of the colonised period prevalent in our day to day affairs. The influence of colonisation on a society’s culture, norms, laws, and institutions is inevitable, yet it tends to decrease with time.

One of the major effects of colonialism is on a psychological level, and that is manifested in our various preferences and habits, one of them being our language of preference. It is a common occurrence that post-colonial societies continue to be influenced by colonial traditions, one of them being the colonised tongue.

In Pakistan, English continues to be the lingua franca of the elite, similar to the status of French in several African nations. Those who are not articulate in English are often the target of derogatory words, bullying and are looked down upon in society. Whereas, speaking in English is considered to be a symbol of power, affluence, and in certain cases, intelligence. This behaviour is a reflection of our colonised mind-sets that places English on a higher pedestal than any other language. It is the same mentality which results in preferring to speak in an American or British accent rather than one’s own.

Colonialism shaped and influenced several values and ideas, which sadly continue to exist till this date. A historical analysis of this period will uncover the politics of identity, difference, and discrimination that were the core of colonialism. Our society continues to reinforce these especially in the case of the colonised tongue. This occurs at our very own educational institutes where instead of instilling a sense of pride for our native languages, they discourage students from communicating in languages other than English. Most schools that even operate today cater to the globally recognised language and choose English as the primary mode of instruction.

One would say educational institutes are simply responding to market needs, which in this case are parents who want their children to be well-versed in English. Therefore, I am not placing the onus on any particular party, rather trying to highlight the problem that runs deep in our society.

Moreover, we as a society have failed to deconstruct and reconstruct such misplaced values that contain acute prejudices towards the native tongue. It is fair to state that Pakistan has not been successful in its decolonisation project. The decolonisation project goes beyond the amendment of laws, the renaming of streets and buildings, and the restructuring of institutions – it has a social and psychological element to it. The state has failed to devise and adopt policies that would address these concerns, hence the current state of affairs where the reinforcement of the colonised tongue prevails.

In the interests of academic honesty, it is fair to say there has been considerable emphasis placed on the Urdu language. One of the initial points of contention with former East Pakistan (present day Bangladesh) was on language. The prioritisation of the Urdu language has often been at the detriment of several regional languages to which a majority of Pakistanis can relate. However, despite several efforts we see the dominance enjoyed by English in urban elite circles, one not possessed by Urdu.

The purpose of writing this article is to elicit reflection on an individual and societal level – to understand the reason behind why we do not take pride in our native languages (national and regional), whereas English is given a special status. Moreover, introspect into our own individual roles and actions. How many of us have mocked someone who spoke in incorrect English, or in a different accent? Even our heads of state and diplomats prefer to speak in English rather than Urdu.

There are endless examples of the influence of the colonised tongue in Pakistan. I urge you to reduce the level of scrutiny that is applied to people who cannot speak in English, or speak it incorrectly. In no way does that reflect upon anyone’s intelligence, or question the level of respect they deserve. All it does is prick our own ego’s and self-made notions of what is acceptable.

The author is a final year student of law and politics at the Lahore University of Management Sciences (LUMS). He tewets @FValika.