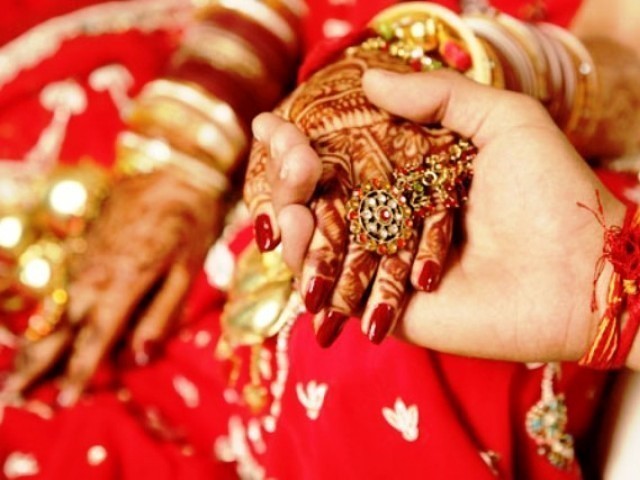 There is an inherent disconnect that is ruining the institution of marriage. PHOTO: FILE.

It’s wedding season in Pakistan. We all know what that means – our tables are strewn with intricately designed wedding invitations, making us wonder how long each wedding will last. Unfortunately, the time lapse between a wedding and a divorce has shortened, and the number of broken marriages is increasing.

Talking about breakups is never easy. Recently, I came across certain figures that stated that from 2015 to 2016, there were record divorce or khula cases in Pakistan. In 2015, in Punjab, 5,000 divorce cases were filed, and thus, 4,500 parted. In 2016, the number had grown to 18,901. Although divorce is allowed in Islam, it should only be used as a final resort.

The theories could go on – abusive husbands, extra-marital relationships, non-cooperative in-laws, financial strains, failed expectations etc. The worst is when a woman’s education or career is claimed to be the reason behind a failed marriage. The list is endless.

Interestingly, after speaking to various men and women under the age of 35, I realised that most of them sought a divorce for reasons that did not coincide with the criteria our families set out while matchmaking. Nor did it clash with the reasons these couples fell for each other and decided to get married.

No one would deny that when looking for a suitor, everyone has their list: age, financial security, social standing, citizenship, physical features, residence, degree, and so on. This list is completely material, and it makes you wonder, what happened to unconditional love? Affection? Understanding? Sacrifice? What happened to the desire to grow old together?

What happened to traditional love?

There is an inherent disconnect that is ruining the institution of marriage. These days, young people tend to recoil at the word ‘commitment’. They opt for ‘friends with benefits,’ and yes, this also happens in Pakistan and an 18-year-old explained it to me. These days, people don’t want strings attached. They don’t want a deeper love. They just want what’s easy. But that is the problem. Why have people started looking at marriage in this light? Marriage is not a nightmare, neither is it a work of fiction – it exists. We don’t realise that when the foundation of a family is built for the wrong reasons and with unrealistic expectations, everything goes wrong.

Many of you may not agree, but it is the parents that bring up their child with false expectations that are mostly to blame. When they match-make and promote relationships solely based on a technical checklist, most of the time it ends up in a divorce. When marriages are arranged, or even when individuals choose their own life-partners, dispositions like being supportive, respectful, patient, and responsible are not always a top priority. These traits are overlooked in search of expensive cars, bungalows in elite neighbourhoods, and designer commodities.

I remember reading somewhere that in order to destroy a nation, one must first destroy its family structure. And marriages based on unrealistic expectations are the first step towards this destruction. Unfortunately, marriage is overrated; people have expectations that just cannot be matched out of this union. We see things in movies, TV soaps, celebrity marriages, and honeymoon updates of the rich and famous, and dream of following the same, however improbable, lifestyle.

There is an intrinsic need to re-define the purpose of marriage; the entire concept of marriage is to endure the family legacy. Since we are supposed to continue the human race, we have a responsibility to leave behind well brought up individuals.

Marriage is just one phase of life, like various other phases we go through before hitting the grave. The rest of life’s struggles remain the same, even when we are married. Our spouse can only give and take whatever they are capable of, and asking for more is just not fair.

It’s time to realise that wedding festivities are only a string of events designed to make you feel happy, glamorous, and unforgettable in the eyes of your guests. Nevertheless, these fineries are irrelevant when it comes to the institution of marriage; because that entails raising a family, committing, and supporting each other through thick and thin. It is what hides behind the pretty clothes and choreographed dances. What comes after the intricately designed wedding invites – that’s the real stuff.