Is there place for a Pakistani girl applying to universities in Trump’s America? 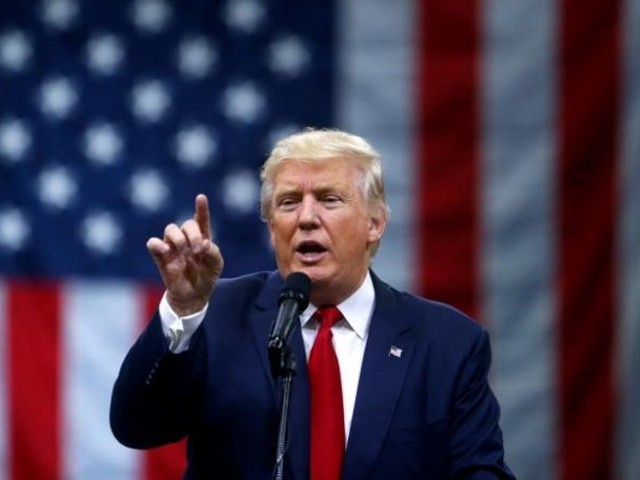 This election has been unprecedented and historic on all accounts, and I’m not talking about the obvious surface-level facts – Hillary Clinton being the first ever female nominee of a major party, or Donald Trump ascending to the office of the presidency with no political experience whatsoever. No, I’m talking about the rhetoric that has fuelled this campaign – the personal attacks, the hatred, the misogyny, the sexism, the lies, the scandal – which both, the right and left, agree on.

I could go into all the reasons – and there are many – of why this election turned out the way it did: Clinton’s “unlikeability” and public image of corruption, Bernie’s Sander’s movement of change, Trump tapping into angers of the “forgotten” man and woman. But for better or for worse, Trump is the new president of the United States; which begs the question: what does all this have to with me – a Pakistani girl applying to universities in the US this year?

My part to play in all of this was somewhat of a latent realisation, a rude awakening. Somewhere in the flood of 24/7 news coverage on what would be the most impactful event of the year, I got hooked to a new kind of media – political satire. The Daily Show with John Stewart, The Colbert Report with Stephen Colbert (though these two ended soon after my political awakening), Last Week Tonight with John Oliver, Full Front with Samantha Bee, and Real Time with Bill Maher were incorporated into my everyday life.

It was amusing to watch the election cycle unravel from halfway around the world, something I was not invested in and so could enjoy without the baggage that came with it. I laughed when jabs were taken at Republican candidates like Ted Cruz and Ben Carson and when jokes were made at Clinton and Trump’s expense. Till post-primary season, things were breezy; my subconscious said “Hillary’s got this in the bag” because that’s what the “general” opinion was. But as November 8th drew nearer, and the race grew tighter, people questioned that certainty. Even my beloved political satire shows were still funny but I could no longer ignore the message behind their blunt talk. The jokes didn’t make me laugh anymore; they made me contemplate: was a Trump presidency really possible?

Needless to say, I now have my answer. One may ask: but what’s the point in applying abroad? With established universities like LUMS and up-and-coming ones like Habib University, why shouldn’t I consider staying in Pakistan after A’Levels? I have nothing against these venerated institutions, which create new opportunities for so many my age, and it’s not what you’re thinking – that a good university abroad looks better on a CV and improves job prospects, or that the quality of education is better. My reasons are more personal – the nuances, the subtleties, the little things that can’t be quantified.

Like the chance to be around people from all over the world, interact with them, understand their point of views, their cultures, and their backgrounds. While 99.9% of my school is made up of people who look alike, and speak similarly, what about the globalised world outside of Pakistan, made up of motley of cultures, races and ethnicities? Is it wrong to want a taste of the international atmosphere I can get abroad? And it’s not just about other people; I will learn new things about myself while steering myself in this unfamiliar environment – both good and bad – qualities that are right now unknown to me.

Another reason – a big one – is distance from my parents. I don’t mean this in a bad way: for lack of better phrasing, what I mean is that my inherent dependency on my parents to solve every little problem that comes my way needs to end. Growing up was long overdue for me and a dose of life abroad, where I will have to fend for myself might actually be good for me.

Then there’s the central question: what do I want to do in life that I think an education abroad is the right fit? The troubling answer to that question is “I don’t know”. Here, with the burden of my parents’ and society’s expectations, I fear that I will be boxed into becoming a doctor or an engineer. If I were sure about the former or latter, then my situation would be very different, but I’m actually excited about the opportunity to explore my options to my heart’s content in America, to fully take advantage of the broad-based undergraduate education they provide.

And don’t think I’m not entering this with my eyes open to the reality: I’ll be the girl from Pakistan coming into majority-white America at its most divisive time. We’ve all heard the stories of racism, sexism, xenophobia, Islamophobia being on the rise in America and with a Trump presidency, it’ll probably spike even more.

Will there be some unpleasant incidents that I will go through? Yes. Will there be a few nasty comments? Sure. But that’s not the takeaway from this because will it be worth it in the end? I have to believe that there’s something better out there waiting for me, that people who I’m going to be living with and seeing everyday won’t be like the ones I see on TV, that the perception does not meet reality.

My future is hanging in the balance, in the hands of a man I have only seen to be mean, racist, ignorant and plain obnoxious. And truth is, I still don’t know where I stand in all of this and I’m scared. The cloud of uncertainty that constantly follows me isn’t helping as I click the “submit” on my college applications but I won’t give Trump the satisfaction of getting what he wants. I will try and while I’m prepared for rejections, I’m not ready for him to influence my life and future, because, hasn’t he won then?

All I can say is that if there ever was a time to hope and pray, it’s now.

A 17-year-old A'level student at KGS, who has applied to the US for Chemistry and has a keen interest in US politics and current affairs. She tweets @areeshasaif (twitter.com/areeshasaif?lang=en)