Is The OA just another Stranger Things? 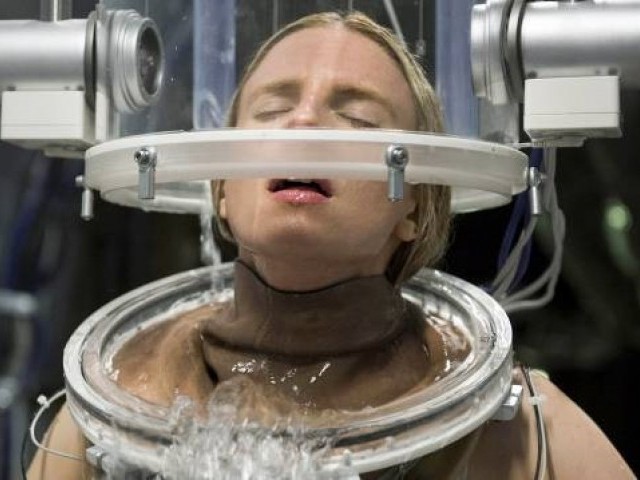 On December 16th, 2016, Netflix released a new science fiction show called The OA which tingled with fantasy elements and supernatural vibes. The show is created by Brit Marling and Zal Batmanglij and the executive producers include big names such as the recently discussed Brad Pitt.

The series focuses on Prairie Johnson, an adopted young woman who comes back after being missing for seven years.

Upon her return, Johnson calls herself “The OA”, exhibits scars on her back, and can see, despite having been blind when she went missing. She refuses to tell the FBI and her adoptive parents where she has been and how her eyesight was restored, and instead quickly assembles a team of five locals to whom she reveals that information, also explaining her background story. As she shares her story, it becomes clear why she chose those five people and how they would help those who were in the boat as her.

The show significantly takes on the journey of life after death and exhibits what happens to the soul once it leaves the body. A doctor, played by Jason Isaacs, kidnaps human beings who have had a near death experience (NDE).

Jason Isaacs and Brit Marling in The OA.

He studies his subjects in order to figure out where the soul exists after death and how the transition occurs.

Jason Isaacs in The OA.

Meaningful, driven dialogues, deep analogies about life, scarce human emotions and violence – the show has it all. The OA might be Netflix’s strongest and strangest original production in terms of substantive, original drama. Mind you, it transcends everything else; it’s unclassifiable in the context of drama, mystery, science fiction and fantasy, since it is straddling all sorts of lines and blurring them. It is outright astounding and brilliant.

The series has some intense cinematic moments such as the instance when the main character Prairie passes; she is taken to a place where she is surrounded by the galaxy we reside in, she is then approached by another character named Khatun (which is Urdu for “lady”). Next, she calls out to Prairie and talks to her in Arabic which, strangely, Prairie is able to understand even though the language is foreign to her. Very few religions provide any details regarding life after death, certainly not enough to extract a TV show out of. This is why I believe the creators have beautifully put together the limited information provided by different religions to portray life after death as accurately as possible.

Brit Marling in The OA.

The key to this production and what harbours its power is in the first hour, which unfolds in a cool, jittery manner. Prairie’s hometown setting is very ordinary, and shot in a blurred, early-winter light. The texture of it is chillingly authentic – the casual sex and violence of suburban alpha males, the dull streets and malls of any town, anywhere. If there is anything magical residing in this story it must be well hidden, almost unknowable. And it turns out this grey suburban world is evanescent. Writers of the show must be eulogised as the poetry emerges with a kind of urgency and turns flamboyant. The naturalism of the opening only accentuates the florid, fantastical realm that follows.

Brit Marling in The OA.

The show has not even aired for a whole month but has managed to gain a lot of attention since Netflix has been a brand for good shows since the release of Stranger Things, Master of None and Black Mirror. IGN gave this show an 8.2/10. The show has a 72% on Rotten Tomatoes and a metascore of 61 on metacritic. The show also carries mixed reviews as the audience of Stranger Things claim this show is similar to it.

Stranger Things is another show that was recently released on Netflix and carries a similar vibe to The OA. However, the creator of The OA stated that,

“I love that show, it was made by my friends Ross and Matt [Duffer], and our shows were greenlit at the same time. We used to go to a Mexican restaurant once a month and sort of commiserate over whether we had bitten off more than we could chew [laughs]. But we never talked to each other about each other’s stories. I was surprised when the show came out and I was blown away by it.”

The show is yet to be picked up for season 2, but with the increasing fan following and viewership –the show will definitely continue its journey as the heart wrenching season finale of The OA has left the audience speechless and scratching for more.

With both negative and positive reviews flowing in the direction of the show, I believe that Evan Narcisse of Gizmodo sums up the true review as he says,

“The OA is bullshit, but it’s beautiful bullshit.”

The author is a student at the University of London, where he is doing his bachelors in Business and Management. The author enjoys expressing his views about things around him. He tweets @humblehaddock

Stranger Things happening on TV and I love it!