No ‘Muslim’ can attack Data Darbar? 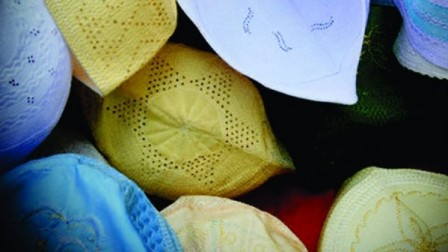 Many Madarsas in Pakistan teach children that anyone not following a literalist interpretation of Islam is a non-believer.

“No Muslim can attack Data Darbar” Rehman Malik said echoing one of the earliest debates of Muslim civilisation: whether a Muslim who killed another remains a Muslim or not.

There were three answers to this debate.

The first one coming from the Kharjites (Literalists) claiming that the Muslim who killed another Muslim is no longer a Muslim.

Murjites (One of the earliest sects of Islam to believe in the postponement of judgement) believed that a Muslim remains a Muslim even after killing another Muslim.

Therefore, one of the recognised suicide bombers of Data Darbar, Usman, will be considered “Kafir” by the literalists; ironically the same group he committed this heinous act for.

For the literalists, or more specifically Wahabis, Sufis and their shrines are unislamic and those who visit these places are idolaters and they should be killed to purify the “Ummah”. For Wahabis Shiism, Sufism and rationalism corrupt Islam and the duty of the Wahabi believer is to eliminate these elements to purify Islam to restore it to its original form. Wahabis enforced their literalist interpretation of Islam on all the Muslims calling them unbelievers if they choose any other interpretation like that of Hanfi, Shafii and Maliki. Those Muslims, who did not accept their teachings, were considered liable to be killed.

Hanfi and Maliki called Wahabis modern day ‘Kharji’ because Kharjites were the pioneers of coercing Muslims to accept their brand of Islam or die, totally disregarding Quranic injunction that “there is no coercion in religion” (“la ikraha fiddin” Quran, Surah Baqrah, Ayah 256).

Wahabis and the Taliban mimic the coercive practices of ‘Kharjites’ in implementing their teachings. Isutzu writes that Kharjis spoke with their sword without mercy and they often spoke.

Since 1975 the Kingdom of Saudi Arabia has spent more than $100 billion in spreading Wahabis literalist, a-historic, violent and “takfir” (Practice of calling those Muslims ‘Kafir’ who do not practice Wahabism) based interpretation of Islam to convert 98 per cent Muslims, who do not accept their narrow brand of Islam, by establishing mosques and Madrassas.

There are thousands of Saudi funded Madrassas in Pakistan where children are taught Wahabism and their violent ways based on “Takfir” hermeneutics. They are taught that anyone not following their literalist interpretation of Islam is a non-believer and if they do not change their ways they should be killed. Most of the Maddrassa students are poor and they live in those Madrassa dorms without any contact with their family on a daily basis. Those students are most vulnerable, and they have to obey the administrators who terrorise them to become suicide bombers.

The suicide rate in Pakistan is rising because of poverty and indecent living conditions. The problem is definitely poverty and unavailability of opportunities, lack of employment and rising commodity prices. However, the regular non-madrassa going poor people kill themselves instead of becoming ‘suicide bombers’.

There are 1.57 billion Muslims in the world with 10-13 per cent Shia, and the rest are Sunni Muslims. The Sunni Muslims are further divided into around 40 per cent Hanfi, around 30 per cent Shafii, around 15 per cent Maliki and around 5 per cent Hanbali. Wahabis are less than 2 per cent and they consider the 98 per cent Muslims to be unbelievers. We need to send them a clear message that they will only be considered a part of 1.57 billion Muslims if they learn to live and accept the rest as believers as well.