Why has Umar Akmal disappeared from Test cricket? 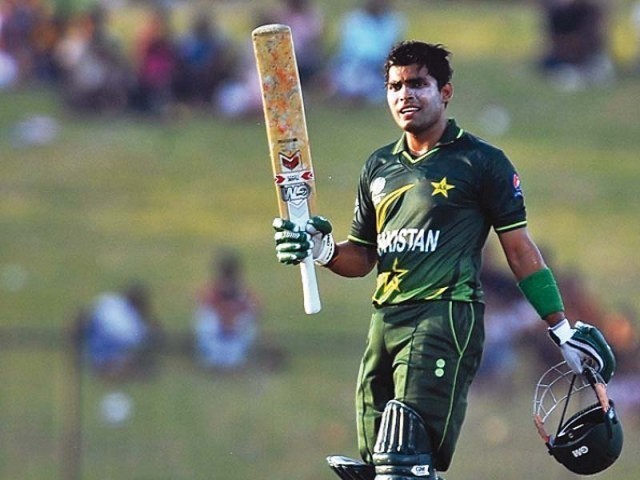 It saddens me to see such a talent being wasted, especially considering Pakistan’s batting stocks are so low. PHOTO: AFP.

In 2009, I watched a 19-year-old batsman score a century during his Test debut in New Zealand. He took on the likes of Shane Bond, and made it look relatively easy. Umar Akmal blitzed his way through to 129 on debut, and followed it up with 75 in the second innings. A star was born, or so I thought.

Fast-forward seven years and the same cricketer is struggling to score runs in the Bangladesh Premier League. How times change. It saddens me to see such a talent being wasted, especially considering Pakistan’s batting stocks are so low. But how did it happen? Has Umar let himself down?

The simple answer is no. I believe the Pakistan Cricket Board (PCB) has mistreated him, and as a result of this, Pakistan has lost one of their best upcoming cricketers.

Yes, I believe some of the blame lies with him. He claims he wants to play Test cricket for Pakistan, but then neglects first-class cricket for T20 leagues around the world. This shows his priorities are wrong and that he needs better advisors who can help guide his career.

This injustice has been prevalent during various stages of his career. In 2013, Umar was the highest ranked Pakistani batsman, positioned at number 10 in the International Cricket Council (ICC) ODI rankings. Despite this, he was dropped for the ICC Champions Trophy based on “poor domestic form”. Should domestic form matter when one is already performing well on the international stage?

I was shocked by his omission. The team felt the full force of his exclusion, as they lost all three games in the tournament. Umar returned for the next bilateral series, and proved his worth scoring 175 runs, and in the process leading Pakistan to a series victory against the West Indies.

Umar Akmal makes room for himself to hit the ball through the off side, West Indies v Pakistan, 2nd ODI, Providence, July 16, 2013
Photo: AFP

For me, the most surprising factor regarding Umar’s treatment is his exclusion from Test cricket. Yes, his form dipped after his initial few tours, but once a player has shown he has the talent, he must be backed and supported. This persists as a fundamental issue in his career; he hasn’t received the right support from the coaches or the PCB.

In May 2011, Pakistan took on West Indies in a two match Test series. Umar toured the West Indies, and finished as the second highest run scorer, only 15 short of Misbahul Haq’s 181 runs. 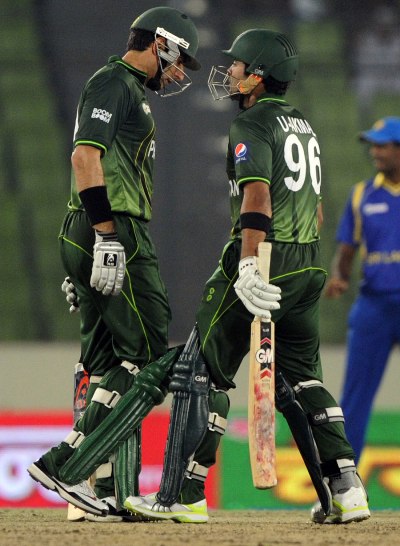 Things seemed to be back on track for him after an average Test series in the United Kingdom, and he was confident about going on his tour in Zimbabwe, which was played four months later.

Umar played the first Test, and was batting on 15 until he pulled a short ball off a spinner, which hit the short leg fielders shoulder, and popped up for an easy rebound catch. It was one of the unluckiest dismissals I’ve ever seen. Here is the cricinfo commentary of that delivery:

“120.1 that is a quite bizarre dismissal, short ball pulled straight in to forward short leg’s shoulder, and it pops up to Taylor at leg gully, who holds on to the rebound, Umar cannot believe his wretched luck, shades of Tendulkar getting out against Australia, Mumbai 2001.”

This turned out to be Umar’s last appearance, and he hasn’t played Test cricket since. Six years of punishment for one dismissal. Is this really how a young cricketer should be treated?

In the meanwhile, the likes of Azhar Ali and Asad Shafiq have been given numerous chances to prove themselves, despite the odd failure.

What makes it more remarkable is the fact that Umar played all bar one innings away from the subcontinent, in tough testing conditions. His average away from home is 41. In comparison, Azhar averages at 41.98 and Asad at 38.

The last few years haven’t been ideal for the youngest of the Akmal brothers. His ODI average has taken a dip from 39 to 34, while his strike rate still remains highly impressive in the 80’s. I’ve been extremely surprised that he was never given a chance to bat up the order in ODI cricket. He publically stated that he wants to bat at number three or four, and I believe this position suits him best.

Umar’s biggest strength is the way he handles pace bowling. He can cut and pull the ball with ease, and he is one who enjoys pace on the ball. 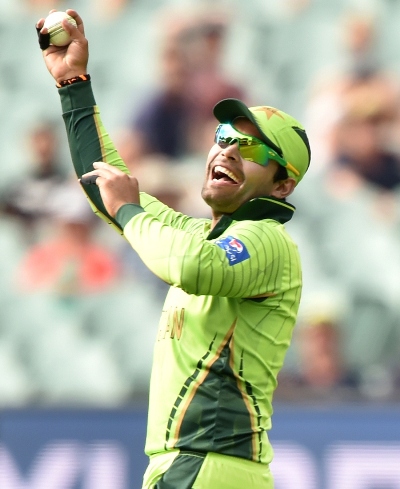 The Pakistan think tank has an illusion that a fast paced scorer is a ‘slogger’, and thus they are pushed down the order. A similar thing happened to Sohaib Maqsood, who impressed scoring two 50’s in his first two outings batting at number 3. He was subsequently demoted down the order, and his performances took a dip. Both are proper batsmen, and should be treated as such. If you want Umar Akmal to build an innings, let him bat up the order.

I strongly believe a lot of the problems are personal. I remember his domestic coach at Sui Northern Gas Pipelines Limited (SNGPL), Basit Ali, telling Umar to “play club cricket”, essentially stating he’s not good enough for the domestic side. What makes that statement even more ridiculous is the fact that Umar has scored 3216 runs at an average of 45.29 for SNGPL.

I’m unsure as to where Umar can go from here. We’ve seen many talented cricketers from Pakistan go to waste over the years; I don’t want to add Umar to that list. He will, unless he gains the support from the PCB. He is a match-winner, and should be treated as such. The world deserves to see Umar Akmal.