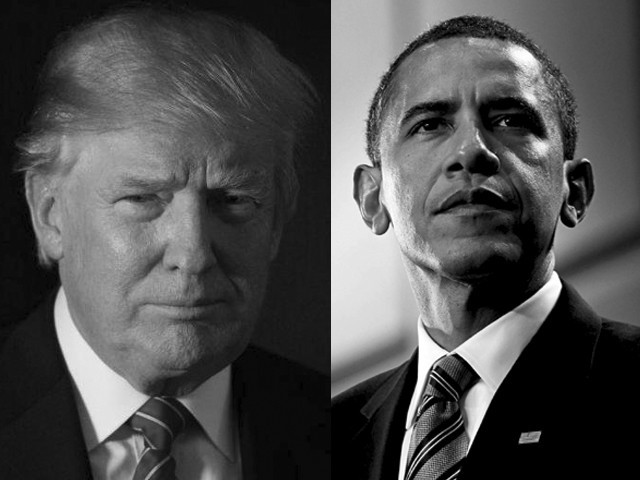 Will Trump continue Obama’s legacy or will he adopt a policy that will be divisive?

The US foreign policy will turn upside down when President Barack Obama leaves the Oval Office on January 20, 2017, and Donald Trump takes over as the 45th President of the United States of America. The baton will change hands from a president – who can be characterised as a statesman, pacifist and, above all, a person who believed in inclusion – to a person who is considered egotist, racist, sexist, aggressive, and above all, self-centred.

Trump’s elevation to the highest office has caused trepidation among many countries, partly due to the foreign policy he is likely to adopt.

Will he continue Obama’s legacy or will he adopt a policy that will be divisive?

Trump has already complicated matters by expressing his concerns about the usefulness of the North Atlantic Treaty Organisation (NATO) which has caused ripples among EU countries. Trump also made a fatal mistake with his phone call to the newly elected Taiwanese President, Tsai Ing-wen. The move has invited objection from the Chinese leadership, who consider it as an affront to their ‘One China’ policy. If Trump continues to extend the olive branch to Taiwan, it may lead to the decline of US-China relations. This does not augur well, especially when China is slowly emerging as a global power.

As per all available indications, Trump, unlike Obama, may pursue a policy that solely considers American interests. He has already spoken about putting an end to job outsourcing and relocating manufacturing facilities to the US. If he carries out his threat, thousands of people working in the Indian IT sector will find themselves unemployed. Similarly, China, which is the largest investor in the US business house, may suddenly find its manufacturing facilities moving to the US.

Currently, US-Russia relations are at an all-time low after a Russian hand was suspected of breaking into Hillary Clinton’s emails and leaking classified information in order to influence the US election. In fact, experts believe that Russia was responsible in damaging Clinton’s credibility and influencing people to vote for their friend, Donald Trump.

Trump has indicated that he wants to work closely with Russian President Vladimir Putin in addressing the issues in the Middle East and West Asia. He recently nominated Rex Tillerson as the Secretary of State. It is a well-known fact that Tillerson, an Exxon head, has business-related interests in Russia as well as a personal relationship with Putin and other Russian leaders. In fact, he was awarded Russia’s Order of Friendship by Putin in 2013.

Trump’s views on banning immigrants, mainly Muslims, have caused dismay among large sections of the society, as they believe it may further alienate the minorities. His scant respect for women has raised questions about his ability to lead the country.

Now let us contrast this with Obama’s leadership. When Obama took office after George Bush, the country was facing one of the worst financial crises leading to high debt, increased unemployment and a virtual collapse of real estate. Many of these loans turned bad because of their failure to repay instalments. It became so widespread that banks resorted to reckless lending without ensuring down payments and proper checks on the repaying capacity of the borrower.

One of the largest insurance groups, American Invest Group (AIG), almost collapsed if the Federal Reserve didn’t come to its rescue. Similar were the stories of Merrill Lynch, Goldman Sachs, Washington Mutual and Morgan Stanley Investment. It was Obama who helped these institutions by offering a bailout package. His economic policies provided a strong impetus to banks, increased tax on the wealthiest Americans, and helped invest in several public service projects like infrastructure, health care reforms, and education. All these policies lifted the economy from the quagmire it found itself in before his presidency. If today the US economy has recovered and flourished, the due credit goes to Obama’s visionary leadership. Obama stood for the rights of African Americans, Muslims, and other minorities. His inclusive policy gave a sense of security to all minorities and immigrants.

However, Obama has received his fair share of backlash as well. He has been criticised for not taking action against Syrian President Bashar al Assad, who has been accused of genocide in Syria. His inaction led to Russia assuming a dominant role in Syria, which has led to the deaths of thousands of rebels fighting against Assad. If Russia and Iran had not extended assistance to Assad, he would have virtually lost the battle. Obama’s incoherent foreign policy led to Russia occupying the centre stage in the Middle East, which can be established from the recent meeting of foreign and defence ministers of Russia, Iran, and Turkey in Moscow to discuss Syria’s future. Surprisingly, the US was not invited for this meeting. Turkey, France, Germany, Saudi Arabia, and Iran are warming up to Russia, implying that the US does not enjoy the clout it once had in the region.

Obama’s reluctance to get the US involved in the Syrian crisis largely stems from the country’s policy during Bush’s regime, when a monumental blunder was made by invading Iraq. Even in Afghanistan, the US has failed to root out terrorist organisations, like the Taliban.

In East Asia, although, Obama did not take on China directly, but proposed a Trans-Pacific Partnership (TPP), a trade agreement among 12 of the Pacific Rim countries, notably not including China. Obama wanted these countries to counter China’s aggressive posture in the South China Sea – where China had set up a military base in Spratly islands, a disputed shoal between China and the Philippines. Both of his proposals, Pivot of Asia and TPP, failed to succeed, as no country was willing to invite the wrath of China. On the other hand, China ignored the US’s demands to stop reclamation projects in the disputed Spratly Islands. Recently, it seized a US underwater drone as a show of its military might. The growing tendency among smaller countries like the Philippines and Malaysia to ignore the US and cosy up to China is a direct result of Obama’s incoherent foreign policy.

When it comes to Iran, the nation was on the verge of acquiring nuclear capabilities, which would have shifted the balance of power in the Middle East and West Asia. Obama preferred to engage with them rather than isolate them. It was his foresight that led to the signing of a nuclear agreement, where Iran agreed to defer their nuclear programme by 15 to 20 years.

Obama was also responsible for ending Cuba’s isolation by restoring diplomatic ties with the country.

However, in spite of these setbacks in his foreign policy, Obama’s contributions towards a world that is safe and secure cannot be ignored. As Obama’s tenure comes to an end, history will judge him as one of the most balanced and inclusive presidents the US has ever had. He is leaving behind a legacy that will be difficult for his successors to emulate, let alone surpass.