Are you ready for what awaits you in 2017, Pakistan? 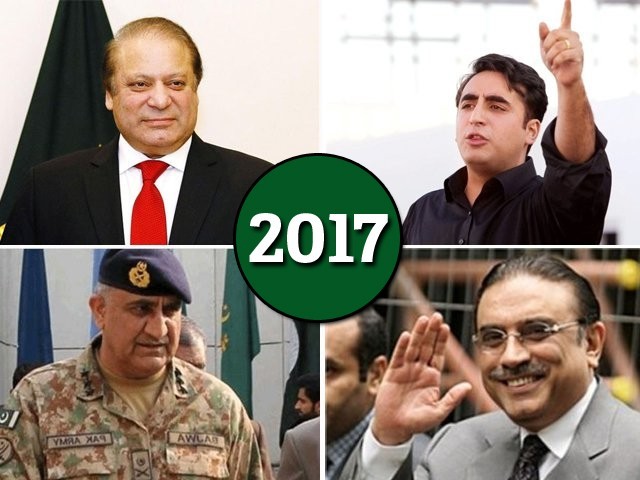 Here are the top 10 things Pakistanis can look forward to in 2017.

The year 2016 has been a rollercoaster for the world over. From Brexit to Trump, there have been setbacks aplenty. But while the world has gone topsy-turvy this year, I feel that 2016 has been a better year for Pakistan.

Due to the operations taking place in various areas of the country, crime rate has decreased exponentially; terrorism attacks have been fewer and far between and Pakistan has established itself as a growing nation, both in terms of international relations as well as economics. Keeping this in mind, I cannot help but feel positive about the year ahead.

Here are the top 10 things Pakistanis can look forward to in 2017:

1. The verdict on Panamagate

The issue that has taken Pakistani politics by storm since the past six to eight months still remains unsolved. The latest delay in the verdict took place after the Supreme Court decided that the hearings for this case will be held after the new Chief Justice of Pakistan has taken office. In 2017, leading the new, one-judge commission bench, Chief Justice Mr Justice Saqib Nisar will preside over the case which calls for accountability of Prime Minister Nawaz Sharif and his family’s assumed economic wealth accumulated by illegal means over the years. The records for this said wealth were made public after the Panama Leaks scandal took place, revealing the offshore accounts of many politicians, leaders and businessmen around the world present in the banks in Panama.

The coming year is a special one for Pakistan because this will set the tone for the upcoming General Elections in 2018; political parties will scurry ahead one another to try and persuade the public to vote for them. Some parties have already begun this process – with Pakistan Peoples Party (PPP) announcing Bilawal Bhutto Zardari and Asif Ali Zardari as candidates running for the current parliamentary seats from Larkana and Nawabshah.

In case the Panamagate hearings go south for Prime Minister Nawaz Sharif, there are chances of an election taking place in 2017. Either way, the Pakistani public should get ready to experience a gruelling and scandalous political campaigning season in the upcoming year.

At a point where global warming has become a major threat to the world and most developed countries are already underway to utilise renewable energy resources, this step to reduce tariffs on solar and wind projects in Pakistan comes as a positive respite. The Ministry of Water and Power has proposed for lesser tariffs on utilisation of wind and energy resources in the coming year and, if this is accepted, Pakistan will have access to cleaner energy. This will, in turn, reduce our dependence on coal, gas and petroleum as the primary source of energy and will decrease the prices for these commodities as well.

The MSCI Emerging Market Index aims to highlight stock markets in various countries around the world whose equity market performance has exceeded expectation. Recently, the Pakistan stock market has received much acclaim for the record high performance it has made and many believe that Pakistan will be able to reclaim its position on the MSCI Index by May 2017. In the event that this milestone is achieved, Pakistan will be a model economy for foreign investments and we can hope for a prosperous economic future for this country in 2017.

March has always been a colourful month for Pakistan and this year will be no different. The PSL mania that has engulfed this country of cricket lovers only increased tenfold after Pakistan Cricket Board (PCB) Chairperson Najam Sethi announced the PSL final to be held in Lahore (as opposed to the United Arab Emirates) in March 2017.

Since 1998, there hasn’t been any official population census of the country, making it hard for policymakers and administrations alike to come up with tangible strategies for development and progress. Focusing on estimations, it is believed that Pakistan’s population stands at around 200 million currently. However, the Council of Common Interests (CCI) will begin the national population census in 2017, after being directed by the government upon the importance of this step. Once the census is done, we will have a better picture in mind and we can start working on population control and sustainable development management with a proper direction.

Nothing says Pakistani like a Suzuki car. The Pak Suzuki Motor Company plans on launching its newest model in 2017, named Celerio. The model is a 1,000cc vehicle which will supposedly replace the Cultus model (that was initiated in 2000, replacing the Khyber model). This new model was courtesy of the improved policies that have been established between the government and the motor company after two and a half years. The launch of this model will not only bring prosperity to the economy but would also provide better, locally-produced automobile options for Pakistanis in 2017.

The coming year will bring glad tidings for Pakistan’s economic relations with China. The biggest aspect is the China Pakistan Economic Corridor (CPEC), which will work as a trade route for both countries and will be economically beneficial for Pakistan. Other countries like Russia and France have already decided to invest in CPEC, leading to more prosperity for the country. Resultantly, China has decided to reduce import tariffs on Pakistani goods, which means that Pakistan can export more products to China with lesser tariffs and lead to more profits.

In light of the recent constructive ties with Russia, the country has decided to provide Pakistan with four Mi-35 ‘Hind E’ attack helicopters in 2017. This is an unprecedented move as most of the military technology that Pakistan has gained over the years is either through the United States or China. In this regard, it will bolster Pakistan’s defense system and will better equip the country in light of any physical threats present.

General Raheel Sharif has left great shoes for his successor to fill and it would be interesting to see how General Qamar Javed Bajwa will work on maintaining peace and order within and outside Pakistan. General Raheel has been very active in dealing with diplomatic missions and undertaking effective military operations to curb terrorism throughout the country. Pakistanis hope that General Bajwa will show the same finesse and stability in dealing with Pakistan’s drastic issues as his predecessor did.

Seeing this list, I am already excited for the New Year. Here’s to hoping that Pakistan progresses forward effectively and efficiently in 2017.