After Benazir, PPP is no longer representative of all of Pakistan the way it used to be 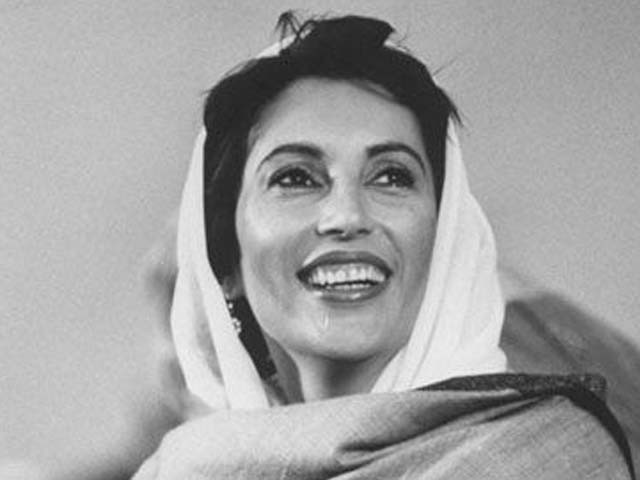 I still remember that moment. I had just entered the Cuckoo’s Den, the famed restaurant in Lahore, overlooking the monumental Badshahi Mosque. That was my first visit to the restaurant and I had brought two of my office colleagues with me. It was early evening and the restaurant was slightly deserted. The phone rang. It was my younger brother on the line.

“Raza, where are you? Please come back home immediately. Benazir has been assassinated,” he said in a very distressed voice.

I almost fainted as I could not believe the news. I had to gather myself and inform my friends. We all agreed that we had to leave immediately. As we sped away, we saw all the commercial shops closing. There was panic and fear in the air.

While driving back home, images of Benazir flashed through my mind: images of her coming back on April 10, 1986 to a rapturous welcome in the city of my birth, Lahore. Images of her defying the military dictator in a speech on the very same day she thundered, “Zia ko nakalein ge” (We will throw out Ziaul Haq). Images of the inauguration ceremony when she became the first female prime minister in the Muslim world. Images of her returning on October 18, 2007 to another rapturous welcome unfortunately cut short by a cowardly terrorist attack.

For the next three days, Pakistan cried, mourned, and burned. Pakistan is a country of enormous diversity, but in the face of that impossible tragedy, it united. Benazir had been loved by many, feared by some and yes, despised by some – particularly our urban middle class. But during those three days, the only two emotions were of mourning and anger. We all cried and mourned irrespective of our individual political orientations.

I was not a Pakistan Peoples Party (PPP) supporter back then (I am one now) but I also cried. Pakistan had lost its true uniting leader. She was in life, as her supporters called her, a ‘charon soobun ki zanjeer’ (chain of four provinces) and was the same in her tragic death also. Even Nawaz Sharif, her once bitter rival, cried and many believed that his tears were genuine.

Benazir Bhutto, despite her flaws, was Pakistan’s most liberal politician. Unlike her father, who had manipulated religious sentiments, when it had suited his purpose, Benazir Bhutto steered clear of such practices. She understood the dangers of playing on that wicket. During her first tenure as a prime minister, she even went to the extent of calling strict punishments such as amputation of hands as ‘barbaric’.

While acting as a bulwark against orthodox religious forces, she also understood that the party had to evolve from the left-wing template of the1970s. PPP’s move from a left-wing, pro-nationalisation party to a modern liberal party espousing economic pragmatism owes largely to her. In fact, the privatisation process started with her government.

She inherited the party when Zia had just hanged Pakistan’s most charismatic politician, Zulfikar Ali Bhutto, and was hell bent on destroying the PPP. Throughout the military regime, PPP workers faced prison, torture, and even death. Benazir also faced prison, house arrest, and all sorts of pressure tactics employed by the regime. The fact that she was a partner in the struggle with the workers was what really endeared her in their eyes.

Her biggest feat was to keep the party united during those days and propel it to victory in the 1988 elections despite the tactics employed by the establishment which included formation of a right-wing coalition, Islami Jamhoori Ithehad (IJI).

Despite her strengths, Benazir Bhutto had her weaknesses and all of those became evident during her two stints as prime minister.

Her first tenure (1988-1990) as prime minister was largely ineffective as she was curtailed by the establishment and the Nawaz Sharif led Punjab government. She was dismissed in 1990, a few months after narrowly surviving a “no confidence” motion against her.

The first brief stint at power was a crucial learning experience for her as she quickly realised that in Pakistan, politics had to be played in a confrontational style and one also had to court establishment. During her opposition years, she conspired with Ghulam Ishaq Khan to dislodge Nawaz Sharif. Some of the tactics, such as “long march”, later to be adopted by Pakistan Muslim League-Nawaz (PML-N) and Pakistan Tehreek-e-Insaaf (PTI) were introduced by her during those times.

Despite having a liberal outlook, she had no naïve romantic notions about political violence. Knowing that Karachi’s political violence and criminal elements had to be dealt with force, she authorised full-scale police action to put an end to violence in the city.

However, her second tenure as a prime minister was marked with controversies and charges of incompetency and corruption continued to hound her. Most of the cases against her actually pertain to this time period. She also had issues with then Chief Justice, Sajjad Ali Shah, and President Farooq Leghari, despite the fact that both were handpicked by her. The controversial shooting of her estranged brother, Murtaza Bhutto, further added to her problems. Eventually she was dismissed in 1996 by President Farooq Leghari.

PPP was literally wiped out in the 1996 general elections and eventually, Benazir had to leave the country as well. However, with the dismissal of Nawaz Sharif, PPP was able to again make a comeback in 2002 elections. During Musharraf’s time period, PPP played the role of a vibrant opposition. One of the big achievements by PPP was passing the amendment of the Women’s Protection Bill in 2006 which amended the controversial Hudood Ordinance.

She came back in 2007 through Western efforts in order to help the government fight rising extremism. Throughout her stay in exile she had been extremely vocal against Islamic extremism and when she was coming back, she understood the risks and yet she was willing to take them. Immediately after landing her procession, she was made the target of a suicide bombing. That did not deter her as she continued to campaign, eventually meeting her tragic end on December 27, 2007.

Her death proved to be catastrophic for her party. Today, PPP which had once prided itself to be representative of all of Pakistan is now relegated to rural Sindh. PPP’s support among minorities and working class has also dwindled as they no longer think that it is a viable option. In Lahore, where PPP used to get thousands of votes (even when it was losing) in every constituency, had problems even garnering 5,000 votes in the 2013 elections.

The reality is that PPP is no longer representative of all of Pakistan the way it used to be. And in many ways, her death has a lot to do with it. With the electoral decline of PPP in Punjab, there is frankly no party left which appeals to those who believe in liberal values. In the national landscape, the only two parties which matter are PML-N and PTI, and both centre to the right.

I am positive that this would not have been the case had Benazir been alive. She had the charisma and the vision to blend liberal ethos with realpolitik, an ability which eludes her successors. During Zardari’s time, PPP was able to survive in the office due to his brand of Machiavellian politics but was destroyed as an electoral force. Young Bilawal is brilliant, and has the right liberal credentials but he lacks the charisma and mass appeal to reverse the severe losses in popularity.

With her demise, Pakistan lost a true liberal leader, a champion of the poor, and a unifying force. Whatever her flaws and mistakes, she died bravely and in her death paid all her dues.

The debt, which was due in life, has been paid in full.

Why feminism is necessary for a successful marriage