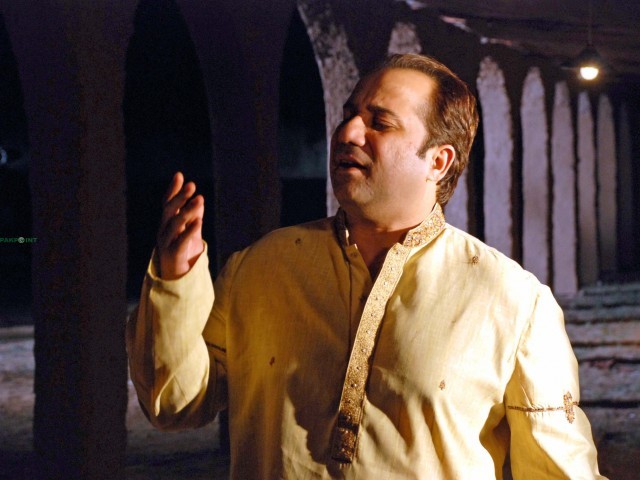 Pakistanis seem to suffer from persecution mania. We have a tendency of believing in conspiracy theories rather than facts. As a nation we try to find ways to justify our wrongdoings by making us and others believe that we were trapped in such a way that we were destined to do wrong.

The way most people reacted to the arrest and detention of Rahat Fateh Ali Khan at the Delhi Airport on Sunday for carrying undeclared foreign currency in violation of Indian laws is just another example of how, as a nation, we put on tinted glasses while looking at such incidents.

Khan reportedly told the Indian authorities that he didn’t know about the currency rule. If this is true, then how could it be that his professional rivals trapped him into committing this violation, as some conspiracy theorists claim?

How can an artist who travels frequently across the world be so ignorant that his ‘rivals’ can so easily entrap him for such an infringement?

But nobody from the artist fraternity here in Pakistan said that Khan should have acted responsibly and not carried undeclared money with him. Instead, everyone just rushed to blame this incident on Indians who don’t want Pakistani artists to show their talent off in Bollywood.

In fact, Bollywood super-stars like Salman Khan, Sanjay Dutt and more recently Shiney Ahuja have been arrested, locked up and tried in Indian courts for breaking the law. Were all these stars implicated by their rivals too? Did the courts extend some special treatment to them for their stardom and fan following? No. They were dealt with according to the law.

If Bollywood stars were never given any special treatment after violating the law, why do our artists demand leniency? We need to accept the fact that nobody is above the law and the world is not out to entrap Pakistanis. Follow the law and nobody will arrest you for anything.