Dear Twitterati, Pakistan thanks you for making 2016 bearable 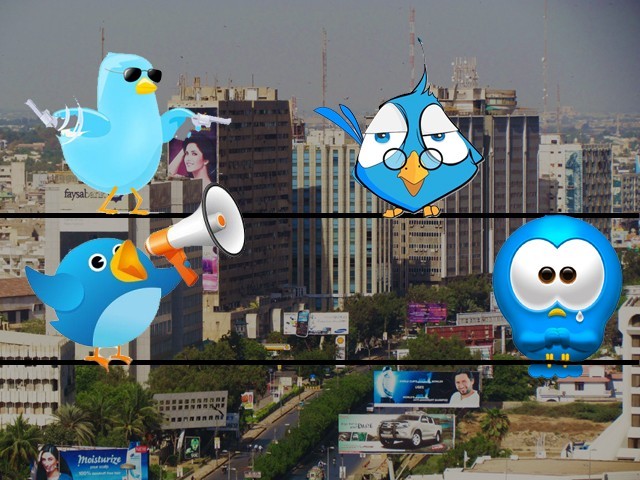 These are just a few gems from the treasure trove of hilarious tweets that creative Pakistanis put out there.

Decades later… in classrooms… with high speed internet (if PTCL ever catches up), children will be studying the history of our beloved homeland, Pakistan. With pride, they will be taught how our country boasts strengths like having the most formidable army in the world (take that India! Hope you’re not thinking of another hopeless ‘surgical’ operation), having nukes (yes India, at least ours work), the quietest president in the history of the world and, of course, having the sassiest sense of humour on the face of this earth.

Ours is a nation with a strappy sense of resilience that stands smiling in the face of relentless challenges that come its way. Revamping our sorrows with a zesty taste of wit is one of our most commendable features. And when we talk about humour, the first platform that comes to mind is Twitter, the lord of all that is cheeky and amusing.

Let’s wind up 2016 by paying tribute to these Twitter gurus who put a positive spin on current events and kept Pakistanis convulsing with laughter hither and thither, all year round.

1. I want to start with one of my personal favourite. Presenting the Desi 007; his name is Bond, the Sheikh Bond!

I'm Sheikh, I'm no hoe
Volume up the beat, don't keep it low
You shall reap what you sow
GO NAWAZ GO GO NAWAZ GO pic.twitter.com/E5DUdVAdrC

2. When we were empathic about an ‘unhealthy’ infatuation; it’s okay India… all is fair in love

3. It’s alright… we all think about the chief sometimes

*wakes up in jannat*

5. When Lala asked for creative help

Indians have made foolproof plan to defeat Pakistan. They will release Phantom 2 and kill us all with Saif Ali Khan's over acting

7. Or downright crossing our neighbour

This is the best of Pakistani Twitter for me. pic.twitter.com/khUcrIvrcf

8. We’re funny even when we’re dropping some logic bombs

Indians are sad about soldiers dying but want to wage a war against Pakistan so more soldiers die. pic.twitter.com/NbvWBKCPLc

9. When Photoshop was murdered ruthlessly

When she says "But my ex owned a private jet" pic.twitter.com/f2zZY1cAOJ

A country that cannot make a hat fit its army chief threatens to eradicate Pakistan. pic.twitter.com/GUGPjnOHsI

11. Make some noise for the Pindi boys

Pindi boys are ready to defend Pakistan from any kind of coup pic.twitter.com/48GOhE5Qeg

These are just a few gems from the treasure trove of hilarious tweets that creative Pakistanis put out there. I hope that this year (which went by so fast) was made a bit more bearable through some wit and fun that has been shared here today.

Keep on rocking Pakistanis, you are a lovely folk. Hope we all have a rocking new year with more Twitter fun and positivity.