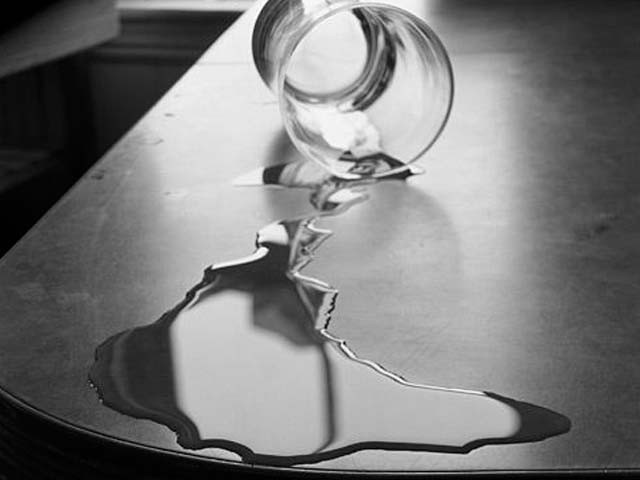 “Those who are silent when others are oppressed are guilty of oppression themselves.” – Imam Hussain (AS)

“Let’s go from a shorter way today. Take the second left, next to the barber shop.”

As they turned, a group of mud houses came in sight, where children seem to be playing the same games they were years ago. She smiled. She glued herself to the right window and tried to take in each expression as a car passed with two inquiring eyes.

The car slowed down as the road suddenly thinned and her sight got stuck with an oddity. A house unlike any other. One she had not seen the last time she was in her village. It stood out so strangely from the rest that she was surprised why there was not a crowd outside. It was made of brick and painted with the gaudiest of colours. As if the painter had all the money to use every colour but lacked the training of selecting colours.

“Whose house it that?” she asked, spreading the question in the car. Like jam on a bread.

Everyone laughed. And everyone began.

“What a great name, must have been hard to come up with that.”

“Can you believe that his real name was Safdar Mukhtar, and now it’s Chris Mukhtar!”

Laughter entered again. Through the car’s windows. Or the engine. Or maybe it was hiding in the dashboard. She didn’t know but she giggled at her imagination.

“Did he marry a gori (foreigner)?”

“No, not yet. But look at how pathetic the house is. Changed his name but couldn’t change who he was. I heard he drove a taxi in the US, and he stayed there illegally the entire time,” her father responded.

“I’m sure he gave money to someone to keep the whole thing hushed. Anyway, money can buy you a name, but it doesn’t buy you respect. No one talks to him anymore. His own community dislikes him and we would, of course, not want to sit with him.”

“Hasn’t he harmed himself by earning so much?”

“That’s a great question, Harris! Building a big house will never change who he is. When he will look in his new, polished mirror, he’ll still see the same poverty he was born in and the one he should’ve stayed in.”

There was a small silence, as everyone thought about Noman. But her father was quick to explain his own comment,

“If you think about it, it makes perfect sense. If you question why he was born where he was, you’re questioning God’s design. You’re questioning His decision. By earning so much, Chris Mukhtar or whatever he is, is going against Divine ruling. And none of us can dare to do that.”

Everyone nodded and smiled at the wisdom. But only she noticed a vile smell. She was certain of the smell. But she couldn’t locate it. Maybe it came from the spewed wisdom. Or the unwashed car seats? Or from using God’s name to cover our own errors?

“Sir, you are absolutely right. None of us like this man,” remarked Noman, and everyone relaxed and smiled. Noman knew his position and nothing could be more comforting.

She didn’t nod, nor protest, but listened intently and tried to hold each statement in her hands and look at it. But each seemed so heavy that she let them go and allowed her mind to wander again. The image of a sea somehow came to her. Her parents and siblings were present, floating calmly. Noman, their driver, was also there, and he was drowning. Everyone could see Noman drowning. And everyone (including Noman) seemed so content with where they were and what they were doing that no movement was necessary. Time and again, someone who was previously drowning tried to come to the surface, and they were put back. Easily. Calmly.

The car came to a sudden stop. She got out at her uncle’s house and as her feet landed on the ground, an army of servants came to receive them, to greet them, pick up their baggage and silently disappear inside the outlines of their shadows. Her uncle met them, hugging her lovingly while thundering at the servants to hurry up with the baggage. And as she hugged him, she tried to see how his heart was able to hold love and a lack of it. Would half of his heart be red and the other colourless? Or does he only have half a heart? But visualising just half a heart was terrible, so she stopped.

As everyone sat down and began conversing, the servants continued working in the background. They made food, cleaned tables, wiped floors, took orders, and never made eye contact. A gaze could signify an equal angle. And that was scary.

She looked around at the room she sat in. Everything from the table cloths to the direction of each chair seemed so clean, organised, and arranged that she felt time had somehow given up on this village; allowing all of them to exist in the same manner. It was supposed to be this way. This is what she had heard her elder’s claim that God’s fairness was in making some people more endowed than others. And the less endowed were supposed to stay there because that’s where God wanted them to be. But no one told her about their own role, interests, their pockets, and bellies which widened and deepened precisely because of this setup.

The food came. And soft drinks were poured in each glass. She noticed the glasses were all completely transparent, and so she began to look at her father through one. She could see the three white hairs in his black moustache, and she smiled. Her mother saw her playing with the glass and put it away. She frowned and as she felt creases coming to tent on her forehead, she removed the frown. And the tents vanished too.

As everyone began to eat, she asked for a drink, and another glass was placed in front of her. It was very similar to the ones on the table. But slightly faded. Slightly less transparent. Making sure her mother wasn’t watching, she tested the glass’ transparency by looking at her father again. But she could just see the moustache now; the white hair wasn’t visible anymore. Almost as if the moustache was growing younger. She put it down and a servant quickly poured Sprite inside her glass and she began to drink it.

During the middle of her drink, she noticed her mother’s hand coming towards her glass. Her glass was snatched from her hand.

“What is this?” her mother asked.

Everyone looked up. At the glass. His uncle asked,

“This is a different glass from the ones on the table.”

His uncle suddenly understood. He screamed for his servant army. They arrived in an instant.

“Who gave baaji this glass?”

Her parents were already surrounding her,

“Do you feel alright? Why don’t you go with your mother and wash your mouth? God knows what types of germs were in their glass.”

Everyone’s expressions suddenly relaxed, and they smiled at her,

“Oh God, you are so kind to think like that. I can’t believe you would forgive them so easily. You are just like your uncle.”

Now everyone looked back at the uncle, who smiled shyly,

“No, no. You guys are too generous. I am just angry at these bastards because I take such good care of them and yet they do this. All our dishes, glasses and things which we stop using are given to them. They even eat the same food as us sometimes. And yet, they still dare to do this.”

“What do you think is the problem with these people?”

And he spat at them, almost as if the person was inside the spit, waiting to be projected out. The spit dropped short of the servants.

“I know what you mean. Because one of them went abroad and earned illegally, everyone thinks that rules and traditions do not apply to them anymore. Imbeciles!”

The last word was said in English. And though it appeared like an unfamiliar object in the room, it was said with such vile that it tried to sting each servant. But the servants continued to stare at the floor, specifically at the spit. Twelve eyes looked at the same spit. And the spit felt their gaze. It had seen this conversation played out in a thousand different forms for a very, very long time.