Who has what it takes to become Pakistan Super League’s sixth franchise? 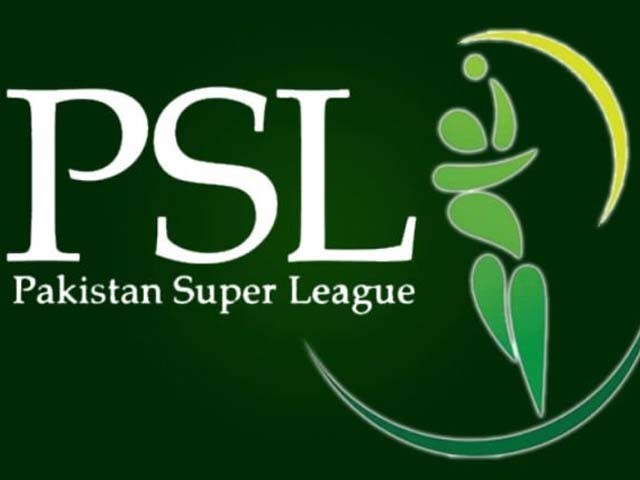 PSL officially announced Pakistan’s acceptance to commercialise the game that was pioneered by India. PHOTO: TWITTER.

Exceeding all expectations and silencing its critics, the inaugural edition of the Pakistan Super League (PSL) turned out to be overwhelmingly successful. PSL officially announced Pakistan’s acceptance to commercialise the game that was pioneered by India. While PSL presents tremendous untapped potential in terms of the domestic structural revamp, player development, and economic perks eventually, it presents the general public with a platform to look up to and creates a distinct identity in which they can fully invest their emotions.

People from Pakistan have been following foreign leagues for a long time, where Pakistani players were contracted, but with the introduction of PSL, Pakistanis finally have a product they can call their own. The initial edition featured five teams – Islamabad United, Quetta Gladiators, Peshawar Zalmi, Karachi Kings, and Lahore Qalandars – that ensured the representation of Pakistan’s most important regions. These franchises instantly enhanced the cricketing culture in their respective regions with one of the most gratifying outcomes being the elevation and recognition of Quetta as an equally important region of the country in cricketing terms and holistically.

Naturally, for the league to develop into a complete product, it will require more teams that can accommodate a larger pool of domestic players. According to pre-determined plans, a sixth franchise will be added in the third edition of the league and everyone is extremely keen on finding out which city or region will be getting its own team.

With six T20 titles to its name over the years, Sialkot has been a domestic giant. Led by Pakistan’s first-ever T20 captain, Shoaib Malik, Sialkot Stallions were untouchable between 2005 and 2010, winning five consecutive titles. Moreover, the team has assisted in the identification and development of some of Pakistan’s most talented players namely Haris Sohail, Raza Hasan, Usama Mir and Bilawal Bhatti. The Stallions became the first Pakistan domestic team to officially receive an invitation to play in the Champions League Twenty20, to be held in the South Africa in 2012, where it competed alongside domestic champions from other countries. Besides its rich cricketing history, Sialkot has a solid relationship with the sports industry as it is a global hub for internationally acclaimed sports manufacturing goods. If Sialkot is chosen, it will become the second team from Punjab in the tournament.

When it comes to developments in domestic cricket, FATA is progressing at an astonishingly rapid pace. While the region does suffer from a lack of facilities with players migrating primarily to Peshawar to avail better opportunities, FATA continues to produce players rich in talent. Khyber and South Waziristan Agencies are continually producing notable performers like Asif Ali, Irfanullah Shah, Mohammad Irfan, Khushdil Shah, and Usman Khan Shinwari, who are taking Pakistan’s domestic scene by a storm. While FATA is currently reaping the benefits of lucrative opportunities under the Peshawar Zalmi umbrella, the region is heading towards cricketing independence by creating an identity of its own and could eventually have a franchise in the league with Shahid Afridi potentially leading the pack of cheetahs.

The region is heading towards creating an identity of its own and could eventually have a franchise in the league with Shahid Afridi potentially leading the pack of cheetahs.
Photo: AFP

Similar to FATA, Hyderabad represents the interior Sindh region that has long been neglected by the board, but has continually produced resourceful players whose progress was unfortunately stagnated. Karachi, as both a city and a cricketing region, is too consumed in itself to open its gates up to the rest of the province, and this leads to a prejudice towards players outside the mega city. A Hyderabad franchise would be more representative of cities like Larkana, Mithi, Dadu, and Jacobabad that have provided Pakistan with high-potential players like Zahid Mahmood, Lal Kumar, and Azeem Ghumman. Currently, PSL only has one non-Karachi Sindhi player, Sharjeel Khan, who would fit perfectly into the mould of captain if a Hyderabad franchise is made.

Sharjeel Khan would fit perfectly into the mould of captain if a Hyderabad franchise is made.
Photo: AFP

Multan boasts plenty of international players to its name with Inzamamul Haq topping that list. Multan unites players from cities within the South Punjab region especially Burewela and Kabirwala. As you begin moving towards the south, budding players from Chichawatni, Okara and Sahiwal are more likely to head towards Multan rather than Lahore due to constraints faced by people from interior Sindh and FATA. Among the most recent performers, Sohaib Maqsood, Mohammad Irfan, Aamer Yamin, Rahat Ali, and Zulfiqar Babar have all played the majority of their cricket from Multan. There are a few cities that are globally documented as symbols of Pakistan for their rich heritage and culture, and Multan is one of them. Thus indicating a greater commercial value and recognition and making it an interesting choice for the sixth franchise.

When talks regarding a sixth franchise did surface, Kashmir emerged as a surprising option and was backed heavily by both Najam Sethi and the owner of the Peshawar Zalmi, Javed Afridi. Kashmir is a territory that instantly stimulates a plethora of emotions on both sides of the border. Besides the suggestion of having a Kashmir-based franchise, the region has remained relatively silent in terms of cricketing prospects with Afaq Raheem and the more-recent Hasan Raza as the only two coming to mind.

Hasan Raza with the trophy after Pakistan’s 36-run victory in the final, India A v Pakistan A, EurAsia Series, Abu Dhabi, May 5, 2006
Photo: AFP

Such a decision will be welcomed with joy by the public and there are no two ways about it. While Kashmiri support for Pakistan has always been heart-warming, ideally the board would have a Gilgit-Baltistan-based franchise that would introduce and sustain developmental efforts in the Kashmir region to show appreciation for their continued support without directly inviting any unforeseen political heat or controversy. A Baltistan franchise would also ensure complete representation of every major region of Pakistan.

Regardless of which city or region gets a franchise to its name, Pakistan cricket is developing. It will continue to grow with a greater number of local players gaining access to international facilities and having the opportunity to play with and under the current superstars of the international arena.