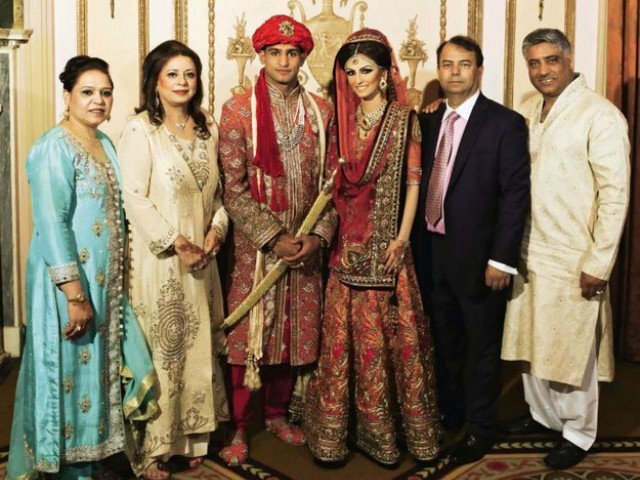 Stay tuned as the whole, cheap show plays out to its final thrilling conclusion. PHOTO: FILE

Good evening, ladies and gentlemen! And welcome to the main event; the fifth monthly featherweight bout between the susral and the bahu for the Pakistani masses. We’d like to thanks our judges for tonight; social media, bad journalism and you!

The people-with-nothing-better-to-do! The stakes have never been higher! The winner of this match will receive a tea-cup full of sasti shaurat (cheap fame) and absolutely no title belt what so ever, because this is not important! Now, introducing first: In the red corner, we have the upholder of moral values, the traditional immigrant sob-story, the clean, the mean, the Khan family! In the blue corner, we have mildly famous fashion vlogger and random ramp-walker extraordinaire, Faryaaal Makhdoooom Khaaaan!

Both sides are raring to go! The referee’s giving them their instructions and there goes the bell. The fighters are squaring off and – Oh! Faryal delivers a volley of abuse allegation punches on Snapchat! Bullying! Name calling! Divorcing a pregnant woman! Straight up physical violence! Look at her go! The Khan clan is backing towards the ropes. They’re trying to cover their sides and deliver a few nasty comments, but it looks bad for them!

There’s the first bell! The family looks battered but their body language says victory. The fighters square off for the second round. This time the family’s doesn’t wait! They’re hitting back with interviews to the tabloids! Ouch! Denying everything! Faryal not looking fazed. D*%$! Here comes the moral high ground! They tell the world that her clothes are not decent! Really folks, this is a classic South Asian move! A move that we’ve seen time and time again in this ring and the audience laps it up just like always! Faryal is on the defensive now.

And there’s the second bell! Both the fighters look winded. But they’re up again in no time and this time the Khans take the lead again with a TV interview about her clothes and – Wait! What’s this? The husband is climbing into the ring! He’s telling them they’re both wrong! He’s giving both sides a warning! He’s being dragged off by security! Sorry Amir. That’s not the narrative that the people in the stands have come to see! They want action! They want blood! They want something to distract them from the never-ending existential crisis that is their life!

The next round’s starting afresh! Faryal wastes no time in giving a TV interview of her own about being called a gold-digger! The Khan’s are not taking this lying down! They are swinging in with details about how they’re ready to reconcile, but the evil bahu isn’t! They’re playing the our-son-works-so-hard-but-she’s-ruining-his-life card! And the ominous warnings just keep on coming! Faryal hits back but her father-in-law’s not giving her room to manoeuvre.

What a feeding frenzy this is turning into, folks! And all of you have front row seats to the intense drama. Is this fight being overblown unnecessarily? Should we forget that Faryal knows how to manipulate the social media very well? Are the Khan family allowed to attack their daughter-in-laws fahash (obscene) clothes given the fact that their own son stands accused of a string of infidelities; pre and post extramarital flings (one barely a week after his daughter was born)? Not to mention the fact that his partying habits can hardly be called Islamic. Most importantly, is this incident helping or hindering the very real issue of abuse by in-laws that ordinary women regularly face? Or is this just another tawdry attempt at getting attention and money?

Stay tuned as the whole, cheap show plays out to its final thrilling conclusion. Or you may decide that you have better things to do. There goes the bell for the next round!