The force reawakens with Rogue One 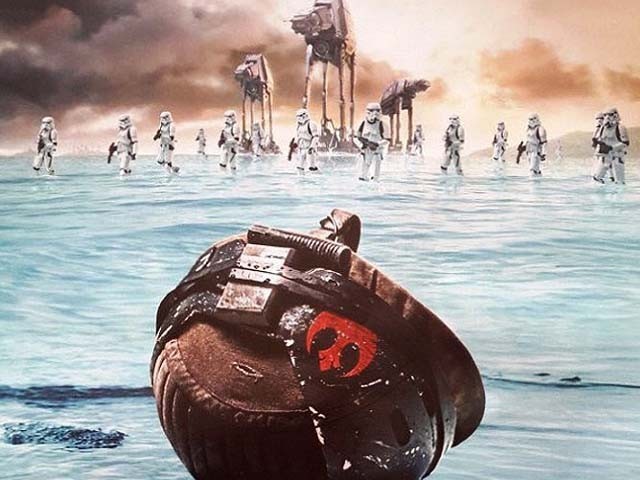 To summarise, this movie is truly intended for the fans, and they will have a blast embracing the nostalgia that is associated with the Star Wars universe. PHOTO: IMDb.

Rogue One: A Star Wars Story rests perfectly within the confines of the larger Star Wars universe genre and its related mythos. Directed by Gareth Edwards of the Godzilla (2014) fame, the movie includes a strong female protagonist, Jyn Erso (Felicity Jones), in the lead role, a first for the Star Wars franchise as well. Also, a first among a series of upcoming stand-alone movies from the Star Wars universe, Rogue One in its own capacity is an enjoyable movie and hits all the right notes when it comes to paying homage to its pedigree and lineage amongst other things.

Set amongst the backdrop of the original Star Wars movie that started it all, Episode IV: A New Hope. The movie’s plot orbits around the Rebel Alliance and its members learning about the planet destroyer, Death Star. As the name connotes, this moon-sized space station, capable of wreaking havoc on the entire universe, is a definitive weapon in the hands of the malevolent forces of the Empire and intends to yield its true power to make everyone in the universe subservient and bend to their will.

Disney and Lucasfilm are collaborating together to put spin-off movies related to the Star Wars genre on the map and this movie succeeds in this and many other fronts. The movie has something to offer for the zealous diehard Star Wars fans as well as the casual cinema goers looking for a gratifying storytelling experience.

Felicity Jones is as seamless as she is natural whilst embodying Jyn Erso, the rebel fighter who, along with her band of companions in arms, is looking to thwart the Empire’s evil plan in whatever minute capacity that she can. The band of companion’s includes Cassian Andor (Diego Luna), a rebel intelligence officer, a robot that goes by its model name K-2S0, voiced by Alan Tudyk – think of this droid as the C-3PO’s dark alter ego if you will, Bodhi Rook (Riz Ahmed), a cargo pilot who deserted the Empire’s camp. Last but not least, Baze Malbus (Wen Jiang), a knight of sorts is present, embellished in heavy armour.

Also, later on in the movie, a sword-wielding  blind man by the name of  Chirrut Îmwe (Donnie Yen) joins them to make the group all the more potent and acts as a force to be reckoned with. All of them do justice to their roles but it’s the lead protagonist that the attention is diverted toward again and again. And rightly so as she carries the movie on her shoulder with great ease.

Familiar faces from the previous Star Wars movie franchises make brief cameos but none of the appearances are as impactful as (spoiler alert) the Sith Lord himself – aka Darth Vader. The entirety of the final act of the movie is a homage of sorts to Vader, the final act meticulously exhibits Vader in his true wicked fashion, slaughtering and defeating rebel forces with little to no ease with his signature red lightsaber while using the Force Choke. The cherry on top is the Imperial March theme music that makes the scene that much more extraordinary. It’s a sight to behold. If you are truly a Star Wars fan, his reveal in the movie will give you goosebumps.

Digressing – in terms of action, there are plenty of visually pleasing computer-generated imagery (CGI) scenes. The movie’s big space battle that pits X-Wings vs TIE fighter dogfighting their way into space is truly a visual effects marvel.

To summarise, this movie is truly intended for the fans, and they will have a blast embracing the nostalgia that is associated with the Star Wars universe. At the same time, new comers and casual cinema goers will have a good time seeing this movie in its own capacity. This movie, without the Star Wars legacy support, can successfully stand on its own two feet as a thrilling action movie. I would highly recommend it as the force is strong with this one!