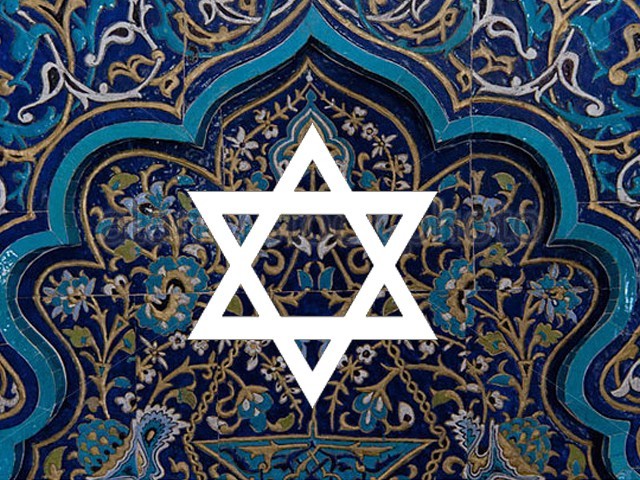 May Muslims and Jews cease to harm each other and unite as they did in Andalusia a millennium ago.

1. The Council will highlight the contributions of Muslims and Jews to American society, and aim to celebrate their contributions in the best traditions of American democracy.

2. The Council will develop a coordinated strategy to address anti-Muslim bigotry and anti-Semitism in the US.

3. The Council will work to protect and expand the rights of religious minorities in the US, as enshrined in the Constitution, so they may practice their faiths in full freedom and security.

This is a rare example of Jewish–Muslim cooperation and hopefully will be the beginning of many such initiatives. This is an opportune moment for both Muslims and Jews to re-evaluate the history of Jewish-Muslim relations and question the foundations of the hatred and mistrust that has so long marred them.

Autocratic regimes within the Muslim world have long practiced a contrived and self-serving anti-Semitism. They use state-controlled media and politicised clergies to cultivate anti-Jewish animus in their citizenry. It is taught in schools and mosques through selective and acontextual readings of both scripture and history. This de rigueur hatred serves such regimes several uses. It provides them with a permanent conspirator that they can blame for social maladies and gives them a shibboleth to roil public emotions in order to distract them from administrative failures. They utilise the perceived sense of a common enemy to portray themselves as indispensable and justify the brutality and suppression of political expression which is the bane of the Muslim world.

Unfortunately, such attempts to divide are being reciprocated. Last year, Israeli Prime Minister, Benjamin Netanyahu, engaged in a distortion of history designed to foster hatred against Palestinians by exaggerating their role in the holocaust – even though he later retracted his statement. Aside from this, a number of Rabbis across Israel have campaigned for racism and segregation against Arabs, declaring it a Torahic precept to do so. In 2010, dozens of municipal Rabbis wrote a joint letter calling for denying Arabs housing in Jewish neighbourhoods on this premise.

A vital tool to counter these attempts to sow discord for political gain is an honest appraisal of the history of Jewish–Muslim relations. Let us examine some of the salient features of this history and inquire what lesson it is that history teaches us.

In the year 1163, Moses Maimonides wrote a letter known as the “Igeret Hashmad”  (Letter of Apostasy) to the Rabbi, Ovadyah Hager. The letter was in response to certain views the Rabbi had expressed about Muslims and Jewish–Muslim relations. Rabbi Hager was urging Sephardic Jews to face execution rather than accept forced conversion to Islam at the hands of the Al-Muwahideen who had conquered southern Spain. Amongst his stated reasons for this was his belief that Muslims, due to their practices during the Hajj (annual pilgrimage to Mecca that includes walking seven times around the Kaaba and stoning pillars that represent Satan) were “idol worshippers”. Maimonides wrote:

“The Muslims are not idol worshipers at all. It is already cut away from their mouths and from their hearts. They designate the proper unity to God, a unity which has no imperfection.”

He further wrote that Islam and Christianity were both vessels for the transmission of Abrahamic tradition. All subsequent mainstream canonical approaches to Islam within Judaism have followed this approach to Islam.

Maimonides lived during the end of the Jewish “Golden Age” in the Iberian Peninsula that started with the conquest of the Umayyad Caliphate in 711. Most historic accounts describe the Jews aiding the Muslim army against the Visigoth rulers who (barring a few) had relentlessly persecuted Jews for two centuries. Upon completion of the conquest, Jews were decreed to be under the protection of the Caliphate and were left in charge of several cities. The Hanafi Muslim scholar, Abu Yusuf, was primarily responsible for an interpretation of the Dhimmi (literally, “protected person”) status of non-Muslims under the Moors which allowed them freedom to work and practice their faith as long as they paid the ‘Jizya’ (tribute paid by non-Muslims for the ‘protected’ status).

There have been many recent attempts by revisionist historians to diminish the importance of the Jewish ‘Golden Age’, the medieval-era example of tolerance and pluralism. But there are far too many accounts from erudite historians including George Sarton, Abba Eban and Will Durant to deny the fact that such interfaith coexistence and collaboration was unprecedented.

The magnificent advancement of Jewish thought, including the sciences and Talmudic scholarship leaves no question that there was indeed freedom of religion, academic opportunity and economic prosperity among the Jews of Iberia. There were approximately 70 libraries in Cordoba and the foundations for modern mathematics and the scientific approach to medicine was laid by scientists of all three Abrahamic faith in Cordoba and other parts of the Andalusian region of Southern Spain that was the hub of scientific advancement under the Moors.

And these are not the only examples of Jewish–Muslim kinship. In their landmark 1901 work, The Jewish Encyclopedia, Cyrus Adler and Isidore Singer relate that when the Spanish Inquisition began in 1492, the Ottoman Emperor, Bayazid II, helped rescue Jews from Spain and Italy and welcomed them to the Ottoman Empire. The encyclopedia quotes Bayazid having said to his courtiers in this regard:

“You venture to call Ferdinand a wise ruler, he who has impoverished his own country and enriched mine!”

Lastly, to this day, Moroccan Jews pay annual homage to King Mohammad V who in 1940 rejected orders from the pro-Nazi Vichy government in France to ostracise the 200,000 Moroccan Jews and force them to wear yellow stars. Moroccan Jews hold that, had it not been for his refusal, the fate of these Jews would most likely have been exiled to concentration camps in Europe. At a gathering of Rabbis that he invited to his palace in a show of defiance to the Vichy regime, he stated:

“There are no Jews in Morocco. There are only subjects”.

Ultimately, history is instructing us that peaceful coexistence is possible. It furthermore shows us that lasting prosperity for both Jews and Muslims was possible only when there was peace between them. Violence and subjugation have only brought only temporary glory to a few. Only peace has benefited many.

Moses ibn Ezra, one of the greatest influences on Arabic and Hebrew poetry wrote this in the early 12th century:

“And the poetry of Moses was true and kingly,
Like an Arabic poem, in words of sweetness.
And one speaking in the language of the Jews,
Spoken in perfect symmetry,
And the power of the speech of Araby
With its turns of phrase and eloquence.
Delightful sayings, in the Arabic tongue or the Hebrew,
and wisdom to grasp on every side, from each direction.”

Only in peace does the chance for general prosperity lie. Within sanguineous feud the only winners are those whose stratagems are crafted to create strife. Only when Jews and Muslims alike reject the demagogues who scavenge on their misery will they find peace.
May Muslims and Jews cease to harm each other and – like the poetry of Moses ibn Ezra – unite as they did in Andalusia a millennium ago to create a sum that is far, far greater than the parts.