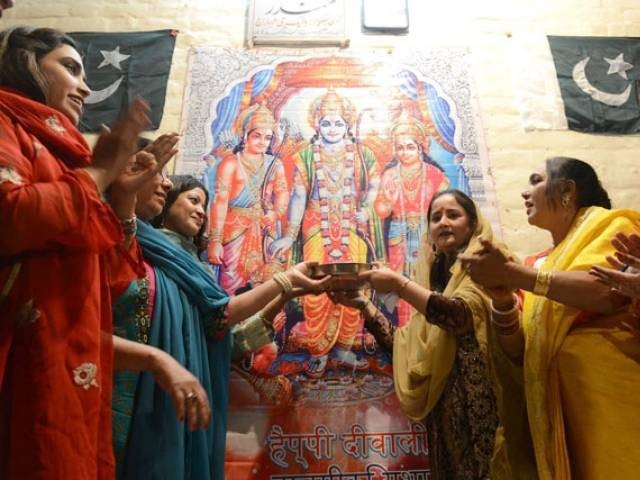 It is clear to me that there is enough room in Islam to accommodate a piece of legislation that sets some ground rules for conversion including age. PHOTO: FILE.

The Sindh Criminal (Protect of Minorities) Bill 2016, passed by the Sindh Provincial Assembly seeks to outlaw forced conversions. This has led to a backlash from certain quarters, the self-styled thekaydars of Islam in particular, who say that the bill is unconstitutional and unIslamic.

“Holy Quran and Sunnah are supreme under the Pakistani constitution” they scream.

Their reference is to Article 227 of the Constitution which is the repugnancy clause – no law can be made which is in conflict with Quran and Sunnah. The makers of the Constitution intended for the superior judiciary to sit in judgment on this question. General Ziaul Haq however created a parallel court called the Federal Shariat Court. What is clear, however, under the Pakistani scheme of the Constitution is that it is the fundamental rights chapter that is supreme and cannot be abridged.

Here Article 20 may be considered.

“20. Freedom to profess religion and to manage religious institutions. — Subject to law, public order and morality —

(a) Every citizen shall have the right to profess, practise and propagate his religion; and

(b) Every religious denomination and every sect thereof shall have the right to establish, maintain and manage its religious institutions”

The most important thing to note in this hallowed constitutional article is that it gives every citizen, without distinction of faith, the right to (i) profess (ii) practise and (iii) propagate his faith. This means that every citizen is not only free to practise his faith but is also free to propagate it – convert others to his faith. Again the Constitution makes no distinction as to this being only applicable to Islam. A Christian or a Hindu or an Ahmadi for that matter, at least to the extent of this Article of the Constitution, has the right to convert people of other faiths, including Muslims, to their his or her faith, whatever it may be. This is the legal position.

Obviously this right is subject to law, public order, and morality. The use of the word “law” in particular led to the incredibly facetious and terrible judgment in the case of Zaheeruddin v State 1993 SCMR 1718 which for all practical purposes negated this fundamental right but that is an issue for another time. The question that arises – especially in light of the present anti-conversion law – is that whether or not any government in the land curtail this right for those below the age of majority?

The classification of population, according to age, is standard practice all around the world. If the state can decide that individuals below the age of 18 cannot vote, cannot drive and cannot enter into a valid legal contract, the state can also decide that an individual – at least in the eyes of the law – cannot convert out of the faith of the family he or she was born in unless the person reaches the age of majority. Therefore, the decision to bar someone from conversion before he or she has turned 18 makes perfect sense and does not offend the spirit behind Article 20 of the Constitution any more than the idea that a person below the age of 18 cannot enter into a contract offends Article 18 of the Constitution which deals with trade and profession. So it is quite clear that in terms of freedom of religion, the law is quite sound and should be defensible.

The next question is whether the law is repugnant to Islamic injunctions or not, under Article 227 of the Constitution. Allama Iqbal in his famous lectures on the “Reconstruction of Religious Thought in Islam” argued that that Islamic law had suffered on account of immobility and that it was this immobility that needed to be rectified through the principle of eternal movement – Ijtehad. He argued therefore if a Muslim State outlaws polygamy, it would be perfectly Islamic. Similarly in his pamphlet “Islam and Ahmadism” which the right wing does not tire quoting for its arguments against the Ahmadi sect, Iqbal defends the reforms of Kemal Ataturk (such as the introduction of Swiss code, ban on polygamy etc) as being more or less in line with Islamic thought.

More specifically, on the question of non-Muslims converting to Islam, one needs not a better example than from Sulh-e-Hudaibiyah (Treaty of Hudaibiyah) from the life of the Holy Prophet (pbuh). Abu Jundal, the son of Suhayl bin Amr, converted to Islam in the immediate aftermath of this treaty and was persecuted by his father. One day not long after, breaking his chains, Abu Jundal escaped to join the Muslims. The Holy Prophet (pbuh) returned him to his father, saying that he is a true Muslim, God would ultimately deliver him. The same thing was repeated in the case of Abu Baseer who too had converted and sought refuge with the Holy Prophet (pbuh).  This was because the Holy Prophet (pbuh) had bound himself by treaty of Hudaibiyah which he had entered into with the Meccans. Such a compact or compromise therefore is very much possible in Islamic law. It is clear to me that there is enough room in Islam to accommodate a piece of legislation that sets some ground rules for conversion including age.

Islam does not force people into conversion. La Ikrah fid deen – there is no compulsion in religion – is the cardinal principle of Islam. In this day and age, the age of majority is considered important for consent in all sorts of matters including financial matters. Why then must age of majority not play a role in determining whether a person’s conversion is genuine or not.

It is for these reasons that I believe the law passed by the Sindh Provincial Assembly is both constitutional and Islamic.