It is time for Trump to say, “I won the campaign, guys, you can stop the racism now!” 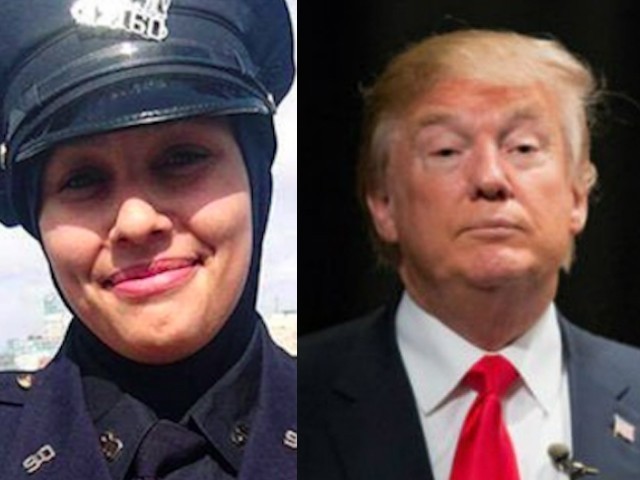 Trump must get his act together rather than acting plain stupid.

Donald Trump ran an unscripted and an unpredictable presidential campaign and took American politics to an unchartered territory, one that was hideously troubling and rocked the very core of our value system. What Trump’s inflammatory message did script, however, was a very predictable future – a fiery and fierce future, one that will bring out the worst in people, wake up the sleeping demons and cause a socio-political stir of schizophrenically unprecedented proportions.

It is painful to witness the plight. It’s apocalyptic just to think that we, as a nation, by electing Donald Trump as president, have decided to put everything on the line and gamble away our economic supremacy, political stability and all that matters in the United States of America.

Optimists say that it’s not that bad and that Trump will just be a pawn in the huge political machinery that is overwhelmingly overpowering. And I get all that. However, I’m not bothered about Trump winning the election and being a part of the power structure. What irks me are the seeds of discord, hatred and animosity he has sown; the culture of inappropriateness that has prompted events like the latest incident in a place no less cosmopolitan as New York City where a loyal, patriotic American, an off-duty cop wearing a hijab was harassed and intimidated by some lunatic, perhaps pumped up by the barrage of negativity and rhetoric that Trump and his coteries spit out in more than a year of ruthless campaigning.

There have been calls for Trump to come out and denounce such attacks that are growing in number. He must vehemently shut off the voices of hatred. Needless to say, I haven’t heard a single statement condemning such misdemeanours from the man who himself has a hard time keeping his mouth shut and who is supposedly a unifier; a father-figure who must lead by example and act as a role model for the teeming millions who look up to their president for leadership and strength.

I mean how difficult is it for Trump, the guy who tweets in the middle of the night if he wants to make a point, to stop this craziness? Why can’t he simply say that he condemns attacks on innocent, law abiding (and at times law enforcing) civilians who are being targeted just because of their looks, names, religious or ethnic backgrounds?

While he is too busy on a thank you tour, being an entertainer, tweeting, breaking protocol, appointing his immediate family members to the highest posts in the land (does that ring a bell?) and nominating racists and bigots  as his primary advisors, the country and its different ethnic groups are questioning their very existence in a country where millions have spent the better parts of their lives, toiling hard, obeying the laws and being good citizens. When they are told to “go back to your country”, where in the world are they supposed to go? What kind of a message is that? Is this not the point where Trump is supposed to intervene and tell the bigots and the white nationalists that “enough is enough” and the people who live here belong here?

Trump has expressed his admiration for President Obama. He needs to listen to what Obama had to say in one of his recent addresses on security and nation-building. That could be stellar advice for the naïve president-elect, a one-on-one on politics for someone who has never held public office.

Actions have consequences. Trump and his followers have ruptured and butchered the American value system. They have brought us to a critical juncture whereby the on-going civil strife, be it against Muslims, Jews, Blacks or Asians, will continue to surge. No one has the ability to foresee the future and, unless this terribly malicious activity is not halted, and if the ‘divider-in-chief’ does not mend his ways and change his flamboyant attitude to one that ensures calm, peace and unity, we are headed for a disaster of enormous proportions, one that would definitely play into the hands of America’s enemies.

The government is supposed to ensure integrity of communities and protect people. That should be Trump’s number one task and not pitting one group against another or scoring petty points when there are bigger battles and issues that need to be fought and addressed. The fact that Obama is gifting him with an improved economy and a declining unemployment rate, Trump must get his act together rather than acting plain stupid.

As I get ready to celebrate Christmas and New Year with friends and family, I still have faith in this country – a country that has given me, an immigrant a chance and the freedom to mingle and be a part of the great melting pot. It is right here and perhaps nowhere else in the world where I can be a part of the great Muslim, Jewish, Christian and Hindu celebrations throughout the course of the year. It is right here where I call a Jew my best friend, a Hindu my brother from another mother and a Christian is my most important life coach. It is here where I can celebrate Diwali, Hanukkah, Eid, Christmas and everything that matters with respect, peace and love.

I may not have lived the American dream in terms of making money but I certainly have gone through the process of appreciating oneness and tolerance, one that I’ve never experienced in any other part of the world. That’s what makes America strong and no matter who occupies the White House or who advises the nutty president, we, as people will stay strong and united against rhetoric, insanity and bigotry. We got to have faith because when the world seems divided, having faith and coming together can be a beautiful thing.