How in God’s name was Regent Plaza even allowed to function without fire safety measures? 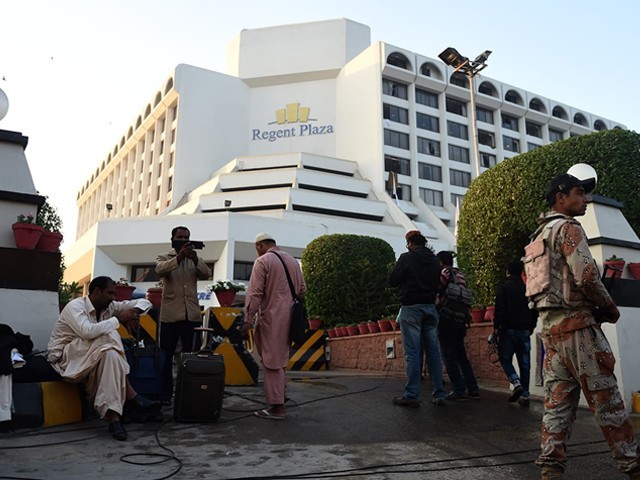 Anyone who has taken their Cambridge exams in Karachi will know the significance of Regent Plaza. I was not only a Cambridge student who scurried through the halls of Regent Plaza but later, for odd jobs, I was also an invigilator for British Council and often had duties in the various conference rooms of the hotel.

There are so many people like me who, for years, have some sort of consistent relationship with Regent Plaza. I remember attending a conference there, and I even stayed there when I came back to Pakistan for a short while. When I returned, I had a two-year-old child with me who often liked to walk around the swimming pool early in the morning.

When I heard about the recent fire incident there, all those memories flashed through my mind. What if I was 16, taking an O’Level exam? I remember one exam where I was seated in the last row on the corner seat of a giant hall. What if there was a fire then? How would I make it out of the hall alive? What if the fire had broken out when I was sleeping in the room with my child and husband and had to make my way out of the hotel, the way some guests did, after tying bed sheets out of the room window? We were on one of the highest floors, I remember. What if it had been us? 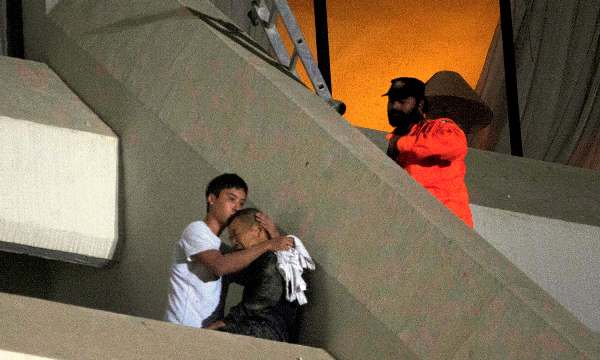 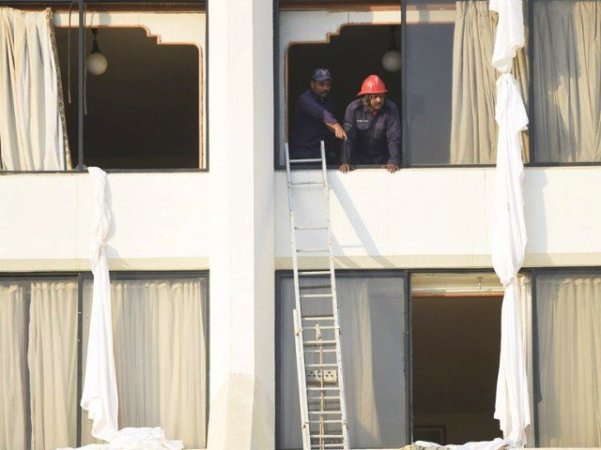 Pakistani fire fighters look from a room of Regent Plaza Hotel following a fire in Karachi on December 5, 2016. Photo: AFP

I am quite sure that similar thoughts must have run through every person’s mind who has ever been to this hotel. One of the guests who suffered through this nightmare said that the exits were completely non-functional. Fire extinguishers were still attached to the wall – and charred remains of sofas and carpets were right next to it. Eleven people were killed. 75 people were injured. It included some cricket players and PIA employees and the dead included four women.

It took three hours for the fire department to bring the situation under control. The hotel management did not turn off the air-conditioning, as a result of which the smoke kept circulating through the hotel vents, suffocating the victims. The hotel management was completely unaware of any fire emergency drills, the hotel’s fire alarm system was out of order and there weren’t any exhaust systems. 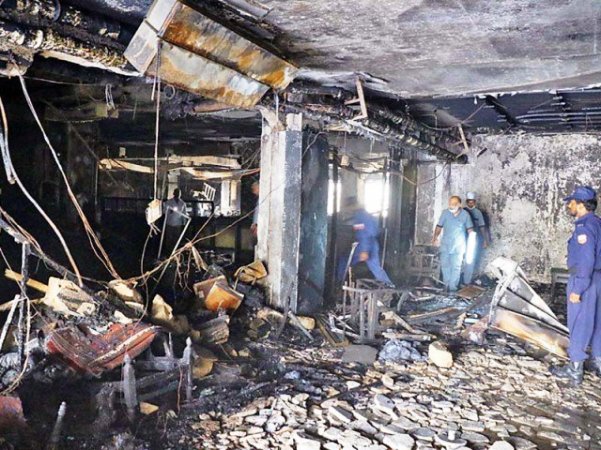 Even though the fire was put out soon, the smoke spread throughout the hotel, suffocating people. Photo: Online

Is this how ‘reputable’ and expensive hotels are supposed to work? What was the Karachi Cantonment Board or the Civil Defence department doing – did it not carry out routine checks on hotels that fell under their jurisdiction regarding safety checks? Where were the sprinklers and the standpipe systems and exits? And will the hotel management and city governmental organisations even be held accountable for this grave loss of life and property? 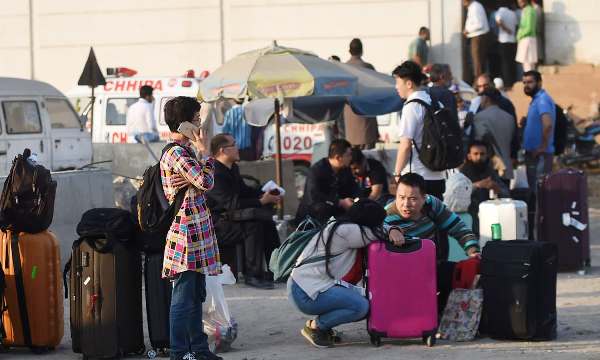 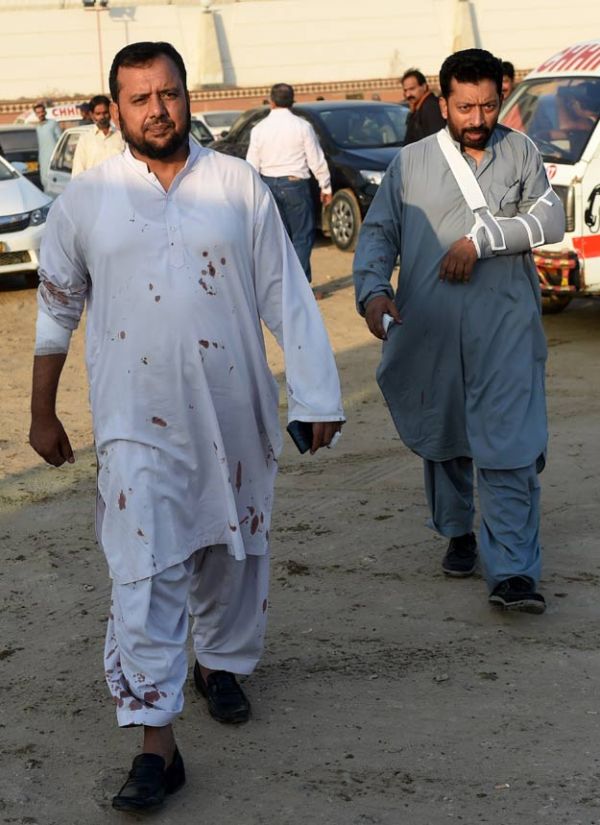 And not just hotels, what about schools? We see small mushroom-growth of schools in every other bungalow in Karachi. Do they have proper fire safety measures? What about hospitals? Mosques? Banks? Marriage halls? Restaurants? Or any other public building that has multiple stories and manages to hold over hundreds of people at one time? 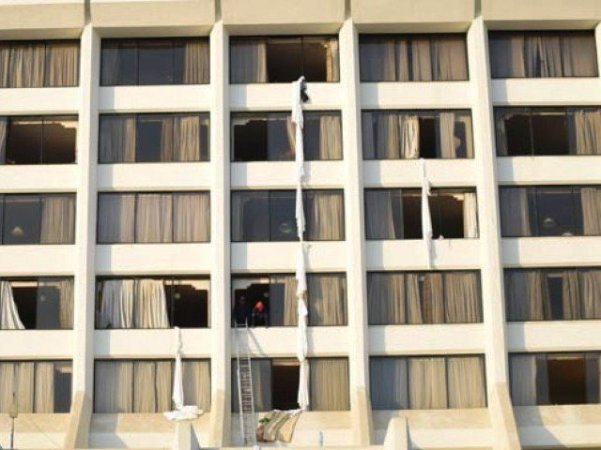 Fire fighters look from a room of Regent Plaza Hotel following a fire in the Pakistan’s port city of Karachi on December 5, 2016. Photo: AFP

If the stakeholders are wise enough, they would learn from this horrifying incident to create more and more safety measures for the public. Even if these big bad businessmen are just watching out for their capital, having a fire incident is hardly good for it. 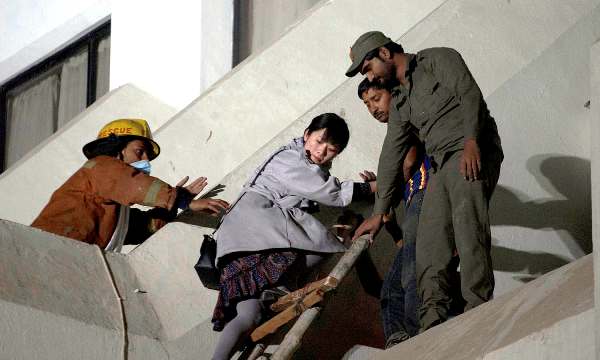 Volunteers help a foreigner in evacuating after the fire. Photo: AFP

If the justice system would have any sway, the guests ought to be suing the hotel and its management for gross negligence and incompetence. But of course, this news will go in the long history of incompetence that we have seen over the years in our news cycle. It is only the victims who will remember the horror and the pain they suffered, because the people who they trusted with their life and belongings were more interested in saving a few thousand rupees instead of actually taking care of their responsibilities. 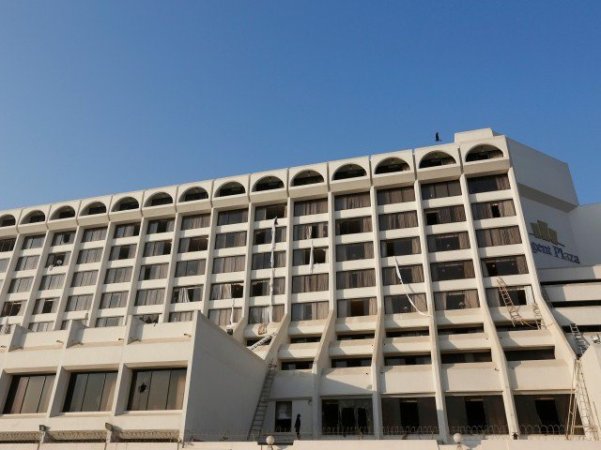 A rescue worker stands on the floor as broken windows are seen with bed sheets used by guests to escape a fire erupted in a hotel early morning in Karachi, Pakistan, December 5, 2016. Photo: Reuters