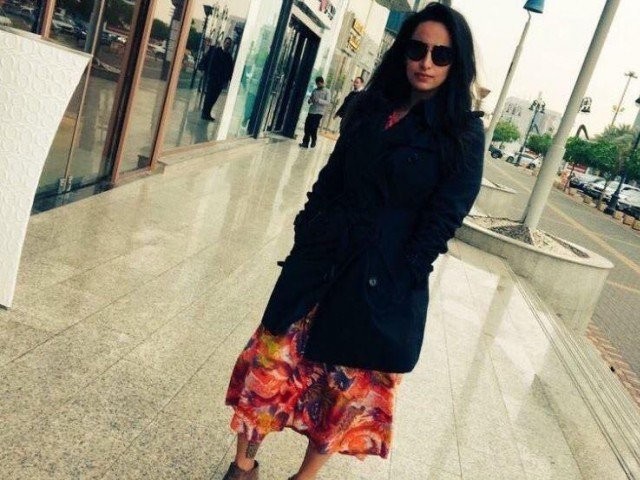 The issue was that she wore no hijab or abaya in it – a punishable crime in the Kingdom of Saudi Arabia (KSA). PHOTO: TWITTER

A woman named Malak Al Shehri posted a picture of herself on Twitter in Riyadh recently. The issue was that she wore no hijab or abaya in it – a punishable crime in the Kingdom of Saudi Arabia (KSA).

The backlash on social media was immediate with some asking her to be executed while others demanded she be imprisoned and lashed.

“Kill her and throw her corpse to the dogs” was one of the suggestions.
Another demand was, “We want blood!”

Translation of those tweets:
"We want blood".
"Kill her and throw her body to the dogs".
"The least punishment for her is beheading her".

It is pertinent to note that a lot of these people went mum when a Saudi cleric after raping, torturing and brutally murdering his own five-year-old daughter was freed from jail to live like a regular innocent man.

I suppose for many, uncovered hair is a far more deadly sin than murder itself.

Luckily, there was still some support for her, though not enough, as she ended up deleting her entire Twitter account in fear.

Many argue that as it is, the law of the country has to be obeyed. There are no ifs and buts about it and when a person lives there, or visits the country, no matter where s/he is from, he has to follow the rules – or not go there at all.

Fair enough, but then why do the same people protest when countries like France place bans on burkinis and/or veils?  Their country, their laws and rules right?

Remember when a poor middle-aged lady was (wrongly) made to take her shirt off at the beach in France, the uproar came from the French themselves, and from people from all over the world. Many of whom did not even wear burkinis.

Hijab wearing Halima Aden recently took part in the Miss Minnesota USA pageant over the weekend and actually made it to the semi-finals. Many non-hijab wearers supported her choice and gave her nothing but encouragement.  So where is all the support from the hijab wearers in the case of Malak Al Shehri?

If people are going to involve religion in this, then let’s talk about Ahmed Qassim al-Ghamdi. He was a prominent employee of the ‘Commission for the Promotion of Virtue and Prevention of Vice’ or more commonly known as the ‘Religious Police’ in KSA.

Their main aim has always been to protect the Islamic Kingdom from Westernisation. One of the many offences that they keep an eye out for is Ikhtilat which is unauthorised mixing between men and women.

Their main cleric reasons that such gatherings can “lead to fornication, adultery, broken homes, children born of unmarried couples and full-blown societal collapse.”

Ghamdi, one day decided to turn to the Quran himself and discovered that at the time of the Prophet (pbuh), in the first generation of Muslims, mixed gatherings between the genders had been an accepted norm. The more he read, the more he discovered that a lot of what is being practiced in KSA is actually cultural and not religion itself.

Since then he has been arguing that things like shops being closed for prayers, women not being allowed to drive are pointless laws. Women rode around in camels just like the men at the time of the Prophet (pbuh) which if you think about it is, “far more provocative than women piloting SUVs.”

Even Prince Alwaleed bin Talal has been advocating that women be allowed to drive. The obstruction to drive is similar to the objections raised to women getting an education just half a century ago.

This takes us back to the point of the hair-raising issue. Ghamdi stated that while he thinks women should dress modestly, according to religion, the choice to cover one’s face was a woman’s and a woman’s alone. He even went on television with his wife beside him, who wore makeup and did not cover her face.

We keep reading that there is no compulsion in religion and how it is a woman’s own choice whether to wear a hijab or not. Just like the woman who wears one is supported, so should the woman who chooses not to either.