I refused a sexual relationship with my boss, he refused to pay me for my work 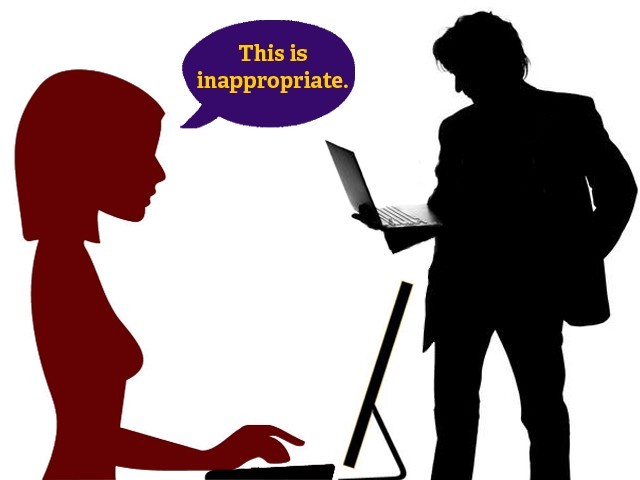 He told me that the job was very simple and easy and he would pay me $600 for it.

If you’re working as a freelance writer, you’re bound to meet and work with people belonging to different cultures and mentalities. To maintain a healthy business in a professional manner, especially now when technology and virtual communication is integral to any business, it’s important to set certain restrictions and guidelines, leaving room for flexibility. But in all cases, be careful about who you trust because this is what happened to me when I let myself trust a ‘big name’.

Two months ago, I chose to work for a well-known journalist, Wajahat Kazmi – one of those personalities who have a very charming public profile with a lot of fans and followers. They come across rather respectable and professional. But boy was I wrong! The project he initiated required a freelance writer for a month. Hence I applied and was awarded the project.

I trusted him. How could I not trust someone with such strong work ethics? This man had been working for many reputable institutions such as Samaa TV, Dawn, BBC, CNN, CTV, Huffington Post, DNA India and International Business Times. I agreed to work for him without any advance payment, as he said the amount exceeded his visa card limit at the time of him offering me a job.

Essentially, the ‘project’ was to write articles for his blog and then to share them to all his social media accounts. For a month, I excelled at my job, aiming to develop a long-term contract with this seemingly reputable and professional man. He always appeared to be happy with my work, considering he gave little to no criticism.

I later understood why this was so.

After completing my month, and when I was preparing my invoice for all the articles that I wrote for him, he told me that he wanted to reward me by assigning me another task. Of course, I was happy to hear that; it eliminated the trouble/time used to find a new project, and more work meant more money. Although he didn’t need to put in much effort to convince me since he told me that the job was very simple and easy and he would pay me $600 for it. I jumped at the opportunity. That is until he disclosed what the task really was.

This ‘easy task’ was to have a sex chat with him.

I was instantly disgusted and boiled with rage. But considering that he hadn’t paid me for the month-long project as yet, I had to address the issue with a sound mind. I reminded myself that freelance projects expose one to a mix of people and even when you disagree with another’s opinions or thoughts, one should always conduct themselves in a professional manner. I politely explained to him that I’m content with the project I just completed, one where my expertise in writing and marketing were exercised, and that I wasn’t interested in tasks of any other nature.

For the next 10 days, Mr Kazmi kept on insisting. He kept pestering me to participate in sexual chats with him and began to address me in a language which was sexual in nature. I asked him to be professional but he had other things on his mind. And he still hadn’t paid me for the project either.

He kept providing illogical reasons for being unable to pay. I suggested all kinds of options and mediums he could use to make the payment, to the extent that I was willing to send someone to retrieve the money from him in person.

The last option that Mr Kazmi provided me to make his payment required full access to my credit card details, including the number, security code and the issuing/expiry date. I refused to give him the information he was asking for since I suspected it was a scam.

An advance payment for such projects is a basic requirement when availing opportunities over the internet. But sometimes, we excuse and choose to trust well-known, reputable names based on their credibility in the field.

I chose to write about my experience to expose this man for what he really is. I hope my experience will encourage other people to come forward and share their own so we can all be aware of who we’re dealing with. Sometimes even the most reputable people in the world lack respect for other people and their boundaries.

The author is a freelancer marketer and writer. She started writing after 7 years of working as a marketer and decided to turn her passion into a professional career.