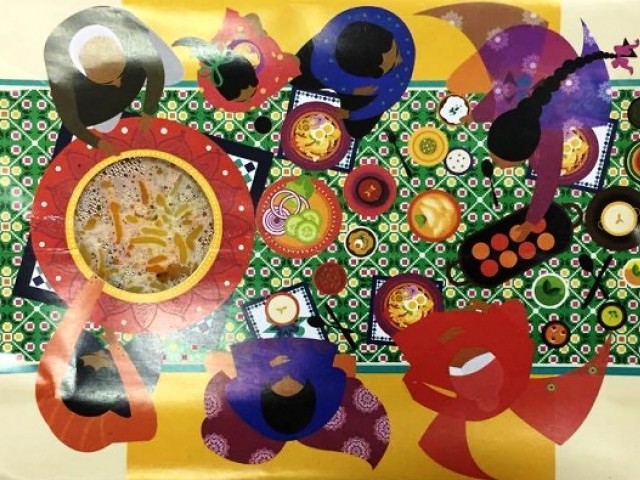 Order a box of the newly opened Biryani Mastani’s fragrant rice dishes and find yourself crossing over to the other side. PHOTO: DILAIRA DUBASH

The king of South Asian cuisine and a universal crowd pleaser, the versatile biryani, needs no introduction. It’s rich, it’s royal and it’s right up everyone’s alley. Eat it today or a day later, with raita or kachoomar, during winter or in summer, your love for biryani will be the only constant that will stand the test of time and taste.

It’s a no brainer then that countless eateries and stalls have risen to meet the unparalleled demand for this revered rice dish. From Hyderabad to Bombay, Lucknow to Sindh, the quest for the best biryani has sent many biryani buffs straight to heaven. So, for those who are willing to take the risk and face the heat, order a box of the newly opened Biryani Mastani’s fragrant rice dishes and find yourself crossing over to the other side.

‘Biryani khao, mast hojao!’ is Biryani Mastani’s winning mantra which it conveys with a colourful visual brand identity that is hard to ignore. The takeout and delivery-based eatery that opened up barely a week ago in lane 5 on Seher Commercial aims to please, and the only way to go about it is to take the entire nation’s favourite dish and multiply that manifold to form a menu.

The currently limited menu – which is supposed to expand over time to bring all types of biryanis under one roof – lists two biryani heavyweights from Hyderabad and Bombay, a pulao, zarda, kheer and an assortment of chutney and raitas which relay the careful pairing of flavours to get the most of out of the meal. Sealed in tiny tubs and relatively deep rectangular boxes, this biryani outlet’s food is all the rage.

Straight up bright and spicy, the Bombay biryani (Rs200) takes top spot in the flavour department at Biryani Mastani. With chicken falling off the bone, tender spice infused potatoes and occasional spice clumps, complete with a heady lemon aroma, gives the dish all the body it needs.

Pairing it with a cooling raita would be ideal, but not the runny sort they deliver.

None of their raitas, including the kachoomar raita (Rs20), plain raita (Rs20) or green raita (Rs20), lack in flavour but a slightly thicker consistency would ensure they hold their own on a plate.

The eateries’ Hyderabadi biryani (Rs300), a mighty mutton-based biryani, is another noteworthy creation. The rice soaking in all the goodness of mutton and caramelised onions with a whisper of spices was almost perfect till the discovery of charred potatoes. The burnt flavour was enough to tip the balance of the dish. But, on a good cooking day, accompanied by mildly sour imli chutney (Rs30), the dish could knock its competitor out with a single punch.

Even the shahi pulao (Rs200) pales in comparison to the Bombay biryani. It’s prepared using the yakhni method but the penetration of flavours from the chicken broth in the rice is superficial. It’s mostly bland and uninspiring. Paired with the tomato chutney (Rs30) though, it’s another story altogether; the puree of fresh tomatoes accentuated with kalonji (black cumin seeds) is its much-needed royal redemption.

Apart from the off-putting sweet aloo bukhara chutney (Rs30) (because aloo bukhara loses its purpose after the biryani is cooked), this is where the not so good things end. Their peshawari zarda (Rs200), a tangerine coloured sweet, coconut infused rice dish hidden under a thick coat of dried fruits comprising slim shards of dried coconut, whole almonds and raisins, could sit gloriously on any dinner table and hold its own. The dish has the right amount of sweet and crunch to woo even the most ardent zarda critics.

In all, the one thing that is common in all the boxes of biryani is fragrance and decent flavour. The additional bonus of generous portions ensures that you’ve spent your money more wisely than you intended to.