Islam does NOT stop a transgender person from performing religious duties 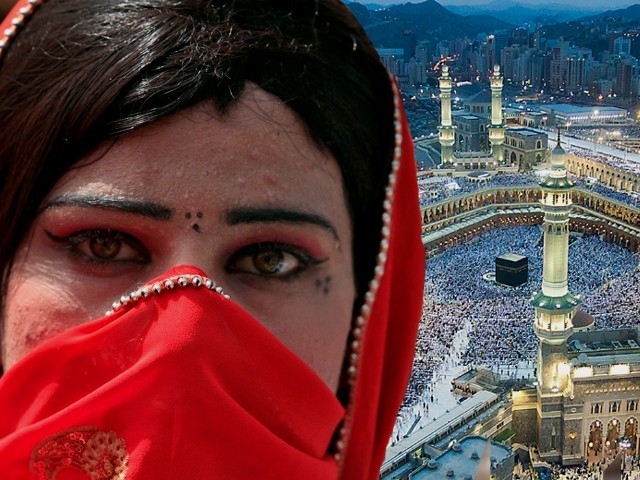 Different religious scholars have spoken out about the injustices faced by the transgender community, especially those that go against the foundation of Islam.

About a month ago, a violent video was circulated on social media which showed a gang of men in Pakistan viciously flogging a transgender as a ‘punishment for her bad habits’.

While many people belonging to various sectors of Pakistani society condemned the series of human rights violations of transgender people on a local front, there comes yet another news that is sad and terrifying; this time a global one. Saudi Arabia has formally banned transgender people from even visiting the country. It doesn’t end there – they have also been banned from performing the religious pilgrimage, Umrah. The pilgrimage can be performed by Muslims at any time of the year as opposed to Hajj, which can only be carried out once a year.

This move comes in addition to the country’s ban on homosexuality and homosexual marriage.

Banning a whole community for religious purposes based on genitalia and physical appearance (in this case especially) makes no sense, considering that, historically, members of the transgender community have been caretakers of the Kaaba. In addition, the transgender community has possessed proper identities, cultures, traditions and rituals for centuries. For example, they have their own language that stretches from Nepal to Iran and their culture has been sustained for years. Even during the Mughal era, the transgender community did not have to face societal stigma. They were treated with respect and had equal opportunities when it came to matters of income; they had special roles in royal courts. However, the modern society has marginalised them, along with putting their existence in danger, to the point that they face discrimination in every sphere of society.

The cultural discrimination, however, now prevents them from visiting shrines; hence, they have had to abandon places of worship. Entering mosques poses a real threat to the lives of transgender people as well. As a result of the typically conservative perception of people, transgender people are not considered a part of the general community and the subject itself prevents discussions about their rights from taking place.

For a long time, Saudi Arabia has been labelled a grave human rights violator and this decision only adds to that negative image – and rightly so. This country has, to date, neither signed nor ratified the International Covenant on Civil and Political Rights (which includes rights such as the right to self-determination, the right to a fair trial, freedom of expression, and freedom of religion). This fact speaks volumes regarding how dedicated the country is in maintaining a misconstrued version of the Islamic Shariah in order to further its illogical agenda of conservatism.

Different religious scholars have spoken out about the injustices faced by the transgender community, especially those that go against the foundation of Islam. Earlier this year, at least 50 clerics of the Tanzeem Ittehad-e-Ummat Pakistan passed a fatwa (religious decree) that deems marriages of transgender people legal as per the Shariah law. The fatwa states,

“A transman can marry a transwoman and vice versa, but intersex person – people born with physical sex characteristics that do not fit typical binary notions of male or female bodies – cannot marry at all according to Islam.”

Though this stance raises various questions regarding the reinforcement of gender roles and the nuclear family structure, that discussion needs to take place at a different time.

According to the decree, it is unlawful to rob transgender persons of their due inheritance and parents who deprive them of it are committing a sin. Additionally, the fatwa concluded with a word on last rites, proclaiming that all funeral rituals for a transgender person will be carried out the same way as any other Muslim.

Speaking more specifically about the Saudi ban on transgender people visiting the country and performing Umrah, Pakistani Muslim theologian, a Holy Quran scholar, an exegete and educationist, Javed Ahmad Ghamidi, extends the same view. Ghamidi believes that no one has the authority to stop another from fulfilling religious duties. In fact, Islam does not discriminate against anyone and transgender persons have the same rights as any other man or woman; to uphold a respectable position in society, have access to the same services (such as education, health services, and employment, etc.)

Moreover, any rule that prohibits anyone from exercising their religion, or from visiting places of worship, goes completely against the teachings of Islam. This ban itself actually comes with a two-fold explanation. Firstly, it is a way for privileged hypocritical Saudi men to sustain their control over a country they hold so dear. It is a method through which they prove that they will continue to use Islam as a force to “protect” themselves from the so-called “western” ideas of family and sexuality that negatively influence the Muslim Ummah. The same narrative is used to justify the oppression of women in the country. The same rhetoric is used by terrorists to rationalise their acts of violence.

Secondly, I believe that behind many human rights violations, such as this one, are deeply rooted social causes as well. Corruption, poverty and lack of education are a few factors that contribute towards violations of human rights. These are not problems that can be solved overnight and solutions in this case will require international cooperation and serious development efforts.

The Holy Quran and other religious books repeatedly mention the equality of human beings. Islam does not give any one Muslim the license to declare a fellow human Muslim or non-Muslim. Having said that, this news will prove to be dangerous, dodgy and quite frankly, deranged.