Why is the Bangladeshi or Indian narrative the only acceptable narrative for 1971? 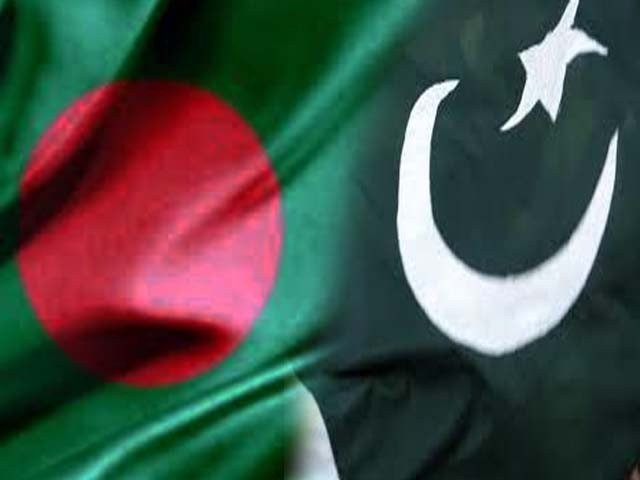 Why have there been limited efforts to present both sides of the story when it comes to the Bangladesh Independence War of 1971?

The year 2016 is ending on a somewhat positive note for Pakistan with a lower number of terror-related casualties compared to 2015. Yet there is one date that always affects Pakistanis aware of the 1971 partition of East (now Bangladesh) and West Pakistan. That date is the December 16th.

December 16th is marked as Victory Day in Bangladesh, signifying not only its independence from West Pakistan (now Pakistan), but also its apparent victory over the Pakistani military. On this day every year, social media, not only in Pakistan and Bangladesh, but also in neighbouring India is abuzz with different narratives, opinions, and sentiments.

#16December A historical day for India, the Day which has proved the strength of Indian defence and made new nation #Bangladesh. #VijayDiwas

While some see the partition as an inevitable conclusion to a hasty and less practical division of the subcontinent, others blame the whole saga on the atrocities committed by the Pakistani establishment and the military. These massacres boiled down to the establishment of Mukti Bahini (Freedom Fighters), and consequently to the creation of an independent Bangladesh.

“History is written by the victors”.

And in the case of Bangladesh and the 1971 war, history was mostly written – and dominated – by accounts of Indian and Bangladeshi writers. Anything written by Pakistani authors and academics was merely tagged as state sponsored propaganda, and thus completely rejected on this premise alone in regional and global academia.

Reading Bangladeshi accounts of the ‘71 war, mostly focused on mass murders and rape, gave me nothing but feelings of shame and embarrassment towards the security forces of Pakistan at the whelm of affairs during that time. So much so, that reading the local and “bipartisan” foreigner accounts, I somehow started believing that India was in its right to protect the Bangladeshi people against the Pakistani atrocities.

It would be naïve to completely accept or reject accounts from both the sides, and also discount the incompetence of Pakistani policymakers in 1971. Yet, I made an effort to at least investigate the facts and fiction associated with the historical accounts of 1971. Thus, it was only recently that I had the chance to read a couple of books on the subject, which contributed towards changing my overall view of history.

Sharmila Bose’s Dead Reckoning: Memories of the 1971 Bangladesh War was the first book in this regard, which highlights major fallacies about Pakistan’s actions in the Bangladesh war. The Guardian, in its review, called Bose’s book a long-overdue study of the Bangladesh war of independence as it provides a fateful turning point in the history of South Asia. The book rues the fact that many authors covering the historical events of 1971 were bias towards Bangladesh, and against Pakistan, throwing in death toll numbers as they pleased. The term “lakhon” or hundreds of thousands, was commonly used by the war survivors on both the sides, whereas the more realistic numbers were neither known, nor was there any effort put to find out these numbers.

Additionally, Bose’s book also highlights the killings committed against the non-Bengali Bihari community and pro-unity Bengalis in Bangladesh. Reading both these books simply begged the question: Why have there been limited efforts to present both sides of the story when it comes to the Bangladesh Independence War of 1971? Along with that, one also ponders that if Mukti Bahini and its activities contributing towards the murders of thousands of pro-unity individuals were totally disparaged by the Bangladeshi and Indian historians, why did Sheikh Mujib feel the need to pass the Bangladesh National Liberation Struggle (Indemnity) Order to provide indemnity for the freedom fighters?

Recently, I discovered that Henry Kissinger, the ex-US security advisor to President Nixon, claimed that Pakistan was willing to grant autonomy to Bangladesh in March, 1972. This revelation is sure to raise some eyebrows and illustrate the need for new research and debate on the issue. Additionally, this also raises questions on the US involvement and/or interest in dismembering Pakistan, where even with all the hopes pinned on the United States, the 7th Fleet never arrived.

Sharmila Bose and her book have initiated a constructive debate on the facts and fiction of the war. It is high time that decades old myths are addressed and looked into through a systematic inquiry. It shouldn’t matter who writes these accounts, as long as they satisfy the criteria of valid research, because any prejudice towards the narratives would do little to correct these historical wrongs.