What is the fate of Muslims in America after the Ohio shooting? 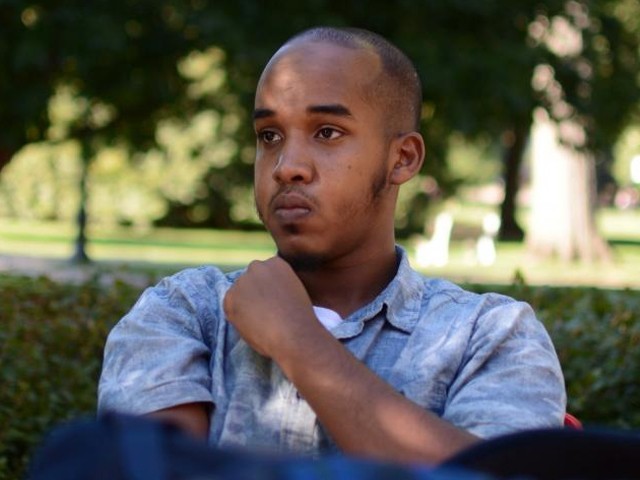 Another campus shooting. Another troubled individual venting his frustrations on the innocent. But this time, it wasn’t a lone shooter or bullied teenager. The attacker, identified as Abdul Razak Ali Artan, was a young Muslim man of Somalian descent.

He said in a Facebook post shortly before the attack that he was fed up of “American interference” in Muslim countries. Taking a butcher knife, he started stabbing people indiscriminately close to Ohio University. Eleven people were injured with one in a critical condition.

These are tense times for Muslims in America. Not only are they vilified for their beliefs but their President-elect, Donald Trump, has made it very clear that Muslims aren’t welcome in the America he will govern. Attacks like these act like fodder for the extreme right-wing nationalists who have a growing distrust of Muslims. It might even encourage vigilante attacks against Muslims or mosques. It certainly will encourage Trump to fervently tweet about how his plan to stop Muslims entering America is justifiable.

Only time will tell what Trump’s presidency is going to be like but one thing is for sure, attacks like these will justify his narrow-minded views. Muslims should do whatever they can to make sure they don’t fit his vitriolic bill and community support should be offered to those who are most vulnerable. Terrorism of any sort should never be tolerated or condoned in the Muslim community. If anything, greater efforts should be made to integrate into wider society and remain positive in the light of ignorance.

Trump has made it clear that he will build a wall on the Mexican border. He has not backtracked on this election promise. It seems likely that he will also not detract from his plan on how Muslims are to be treated. As aforementioned, troubled times are to come and Muslims, who are teetering on the edge of fanaticism and liberalism, should proceed with caution. American foreign policy has always been a thorny subject, but more Muslims have died at the hands of sectarian violence than American intervention. Instead of focusing on American misdemeanours, we should shift our vision inwardly towards our own misdeeds as an Ummah.

Trump’s win has ignited an extremely polarised America. It has kindled hatred, violence, bigotry, Islamophobia, misogyny and all the distasteful traits that were once dead and buried. His election win has helped the Islamic State of Iraq and Syria (ISIS) recruit frustrated, young Muslim men and women who are fed up of constantly being the scapegoat and discriminated against. And therein lies the vicious cycle. The same men, fuelled by their rage, are committing acts of terror in the name of God; they are bloated with hate against those who are, or support anti-Muslim sentiments. The cycle of hate does not look like it will break any time soon and attacks like the Ohio shooting confirm this unshakeable truth.